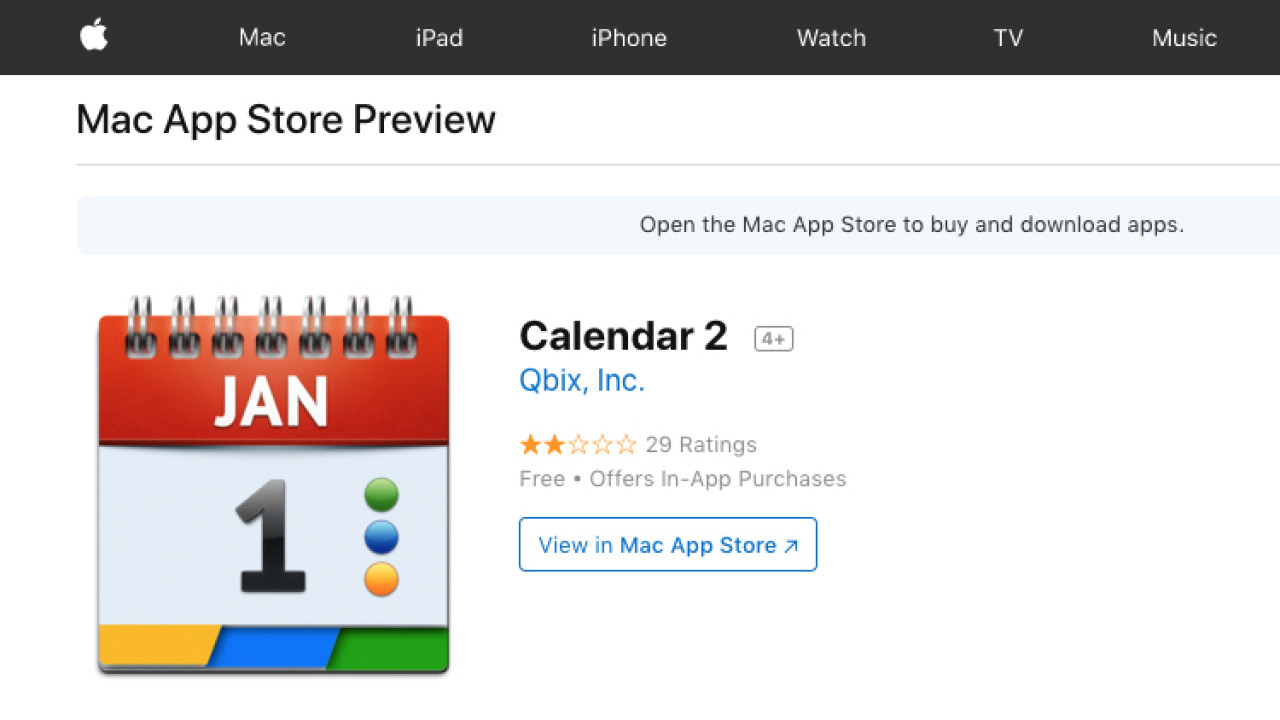 Ars Technica reported that Calendar 2, a well-known scheduling app for Mac, was recently updated with the ability to mine cryptocurrency on users’ devices for the developer. It’s one of the first known cases of an offering from the Mac App Store to engage in this activity, and it’s now vanished from the platform.

What’s going on here? In updating Calendar 2, developer Qbix baked in code to mine Monero, which would start only if users chose to unlock all of the app’s unlocked features without paying a one-time fee of $18 or a monthly subscription of $1 (there’s also an option to use the app for free with basic functionality).

Apple hasn’t yet commented on the matter, but Qbix acknowledged that the currency miner was buggy, and as a result ran indefinitely and consumed more than the 10-20 percent of computing power of users’ systems that was stipulated by the company’s developers. Between the negative feedback it received because of those flaws and Qbix’s concerns with mining, it’s now decided to remove the miner entirely.

We have decided to REMOVE the miner in the app. The next version will remove the option to get free features via mining. This is for three reasons:

1) The company which provided us the miner library did not disclose its source code, and it would take too long for them to fix the root cause of the CPU issue.

2) The rollout had a perfect storm of bugs which made it seem like our company *wanted* to mine crypto-currency without people’s permission, and that goes against our whole ethos and vision for Qbix.

3) My own personal feeling that Proof of Work has a dangerous set of incentives which can lead to electricity waste on a global scale we’ve never seen before. We don’t want to get sucked into this set of incentives, and hopefully our decision to ultimately remove the miner will set some sort of precedent for other apps as well.

Ultimately, even though we technically could have remedied the situation and continued on benefiting from the pretty large income such a miner generates, we took the above as a sign that we should get out of the “mining business” before we get sucked into the Proof of Work morass of incentives.

While Qbix clearly states that it will mine currency in the background before its app actually starts to do so, it’s troubling to learn that this might be the start of a new trend among developers. Many users may not be aware of what they’re signing up for, and they may also find computing performance and battery life severely affected as a result.

The app’s disappearance from the Mac App Store could be attributed either to Qbix taking it down so they can update it sans the miner component, or to Apple taking action and removing Calendar 2 for violating its policies.

Update (March 14, 2018): Qbix told TNW that, in a matter of hours after Ars Technica published its story, Apple removed Calendar 2 from the Mac App Store; the company then worked with the developer to get the app fixed and restored. The latest version that’s now available on the Mac App Store has no mining functionality, and Qbix is also giving all users access to the app’s entire set of advanced features free for a year.