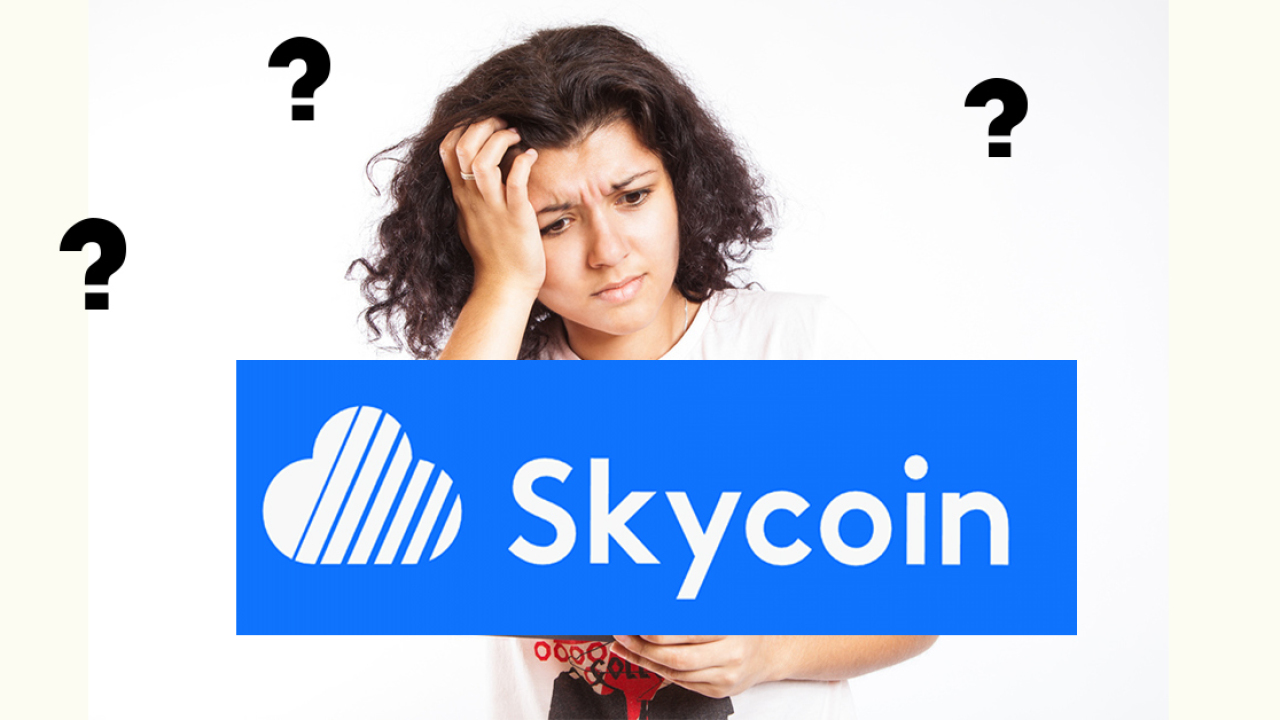 What if someone told you there was a cryptocurrency that could help you fight the repeal of net neutrality by getting paid to be on a badass futuristic internet? Furthermore it’s uncensorable, can’t be centralized, and is impenetrable to hacks.

Enter Skycoin, the sounds-to-good-to-be-true coin with so many problems its likelihood of being a scam is somewhere between “probably” and “even more probably.”

On the one-hand, it meets all the requirements for a legit cryptocurrency. It’s got a nice website, a whitepaper that passes a novice glance, and a positive community presence (perhaps a little too positive, which is explained by this bounty program). Plus it’s been around since 2012 making it old AF in the crypto world.

But why does Altcoins.com list it as a scamcoin due to pre-mining? And, as blogger Ilya pointed out, its whitepapers don’t make sense:

We reached out to Skycoin’s PR Catherine Byerly to find out whether the company was legit. She hooked us up with the company’s COO Bradford Stephens, who told us he’d been hired six weeks prior to help the team market its product.

The company says so right in this official Skycoin blog post, which also says this:

The 75 million (75%) undistributable Skycoin cannot be distributed until the first 25 million (25%) have been distributed.

That’s a bit of double-talk, but maybe it’s a typo or Skycoin uses the term “undistributable” lightly. Either way, you’re being sold a device called a miner to work with a coin that’s already been mined.

Stephens told us “Miner is probably the worst word to call this, it’s actually a web access node.” He claims that using this will enable a person to share network resources with other people. I figured this was the “brand new internet” part, so I asked him where the bandwidth came from.

He said “Initially, it will use the existing bandwidth you have in your home.” Wait, what?

The highly touted “Skyminer” is, according to this press release, not just the backbone of the Skycoin network (called Skywire), but the only way to earn Skycoin aside from bounties:

When users forward traffic and bandwidth on Skywire via the Skyminer, they earn Skycoin. When users need to access the bandwidth, they pay Skycoin. This setup incentivizes users to power Skywire’s peer-to-peer environment.

The only way to buy a Skyminer (which isn’t a miner, mind you) is to send the company 1 BTC.

If you’re willing to spend about $10,000 (at the time of this writing) in bitcoin to get a cobbled-together Orange-Pi cryptocurrency miner (that isn’t for mining) you should probably demand a clear and concise explanation of how this is going to make you money. The white paper(s), which we’ll get to later, does not do that.

Why do you have to pay 1 BTC (no other method of payment is accepted) you might ask? Well, we didn’t have to ask because Stephens offered up the answer unprompted:

Your next question may or may not be why does it cost a bitcoin to get a Skyminer. I’ve had this question about 12 times in the last 12 hours, so I’ve got my work cut out for me. But we’ve got thousands of people on waiting lists and only so much hardware. We want the most dedicated people, the ones that’ll participate the most in bug testing, to get the first Skyminers. A bitcoin is a sign of this commitment.

That pretty much says it all.

And, of course, there are the white papers.

First let’s take a look at the whitepaper written by “johnstuartmill” and “an anonymous user.” As pointed out by the aforementioned blogger Ilya, there’s a few instances of gobbledygook in it, where it appears the author just sort of needed to fill some space:

Independence Of Clock Synchronization: The Algorithm does not use “wall clock” (i.e. calendar date/time). Instead, block sequence numbers that are extracted from validated consensus- and blockchain- related messages are used to calculate node’s internal time. This can be informally called “block clock”.

During normal operations, the node might want to check, from time to time, how many nodes in the network are in agreement with the node’s decisions on blocks. These two related tasks are performed by a separate algorithm

And perhaps most concerning is this line:

Pseudo-code of the Consensus Algorithm. For clarity of exposition, it is stripped of some features such as error handling and fraud detection. The complete version of the Algorithm can be found in https://github.com/johnstuartmill/consensus or https://github.com/skycoin/skycoin/consensus.

The algorithm the developers do show is incomplete for “clarity of exposition,” and is supposedly available in its full form on GitHub. Except it isn’t, there’s no other papers or algorithms at the sites mentioned.

We asked Stephens where this algorithm was:

The guy who wrote that has changed his handle several times, I mean look at it, johnstuartmills, right? I’m not even sure if that was the original person. Look we know the whitepapers are really dense and we’ve actually hired a team to help with that. We’ll be releasing a new whitepaper soon.

It’s impossible to know what kind of algorithms they’re using, and the whole white paper itself is about blockchain consensus algorithms. There’s nothing in there about replacing the internet and turning cheap computer rigs into get-rich-quick boxes, as best as we can tell.

It’s worth pointing out that Stephens mentioned several times that the problem with the company, in general, is that it was full of innocent tech nerds who didn’t understand the big bad business world. He told us:

It’s just me and 40 engineers. They’re all really smart, but they don’t know how to market this stuff, they don’t know much about the business side. They can’t even make a webpage.

There are of course, several other whitepapers on the site, but those are from a legitimate team of researchers from a university in China that were published in 2015. Anyone can download them for free on ArXiv.

Stephens told me that Houwo Chen, one of the authors on the Chinese papers, was a founding member of the Skycoin team. We’ve reached out to Tsinghua University to confirm this and will update this piece once we do.

When you sell someone a $600 cryptocurrency miner that isn’t for mining and only works on a network that doesn’t exist, and you charge them $10,000 for it — it looks like you’re peddling snake oil. Using existing bandwidth to power what’s essentially a hardware VPN isn’t creating a new internet, it’s just subletting your ISP bandwidth. And that’s not a sustainable business model at all.

It looks like a pre-mined ICO that’s waiting for a good time to… fail. We won’t mention the words “exit scam,” because the company is built on the back of its Skyminer hardware. All it has to do is keep convincing people to shell out $10,000 for magic beans (in the form of Skycoin) and all will be well in the mysterious world of Skycoin.

We’ll end this with the same words Skycoin COO Bradford Stephens used to end our conversation with him:

At the end of the day, cryptocurrency is one helluva ride.