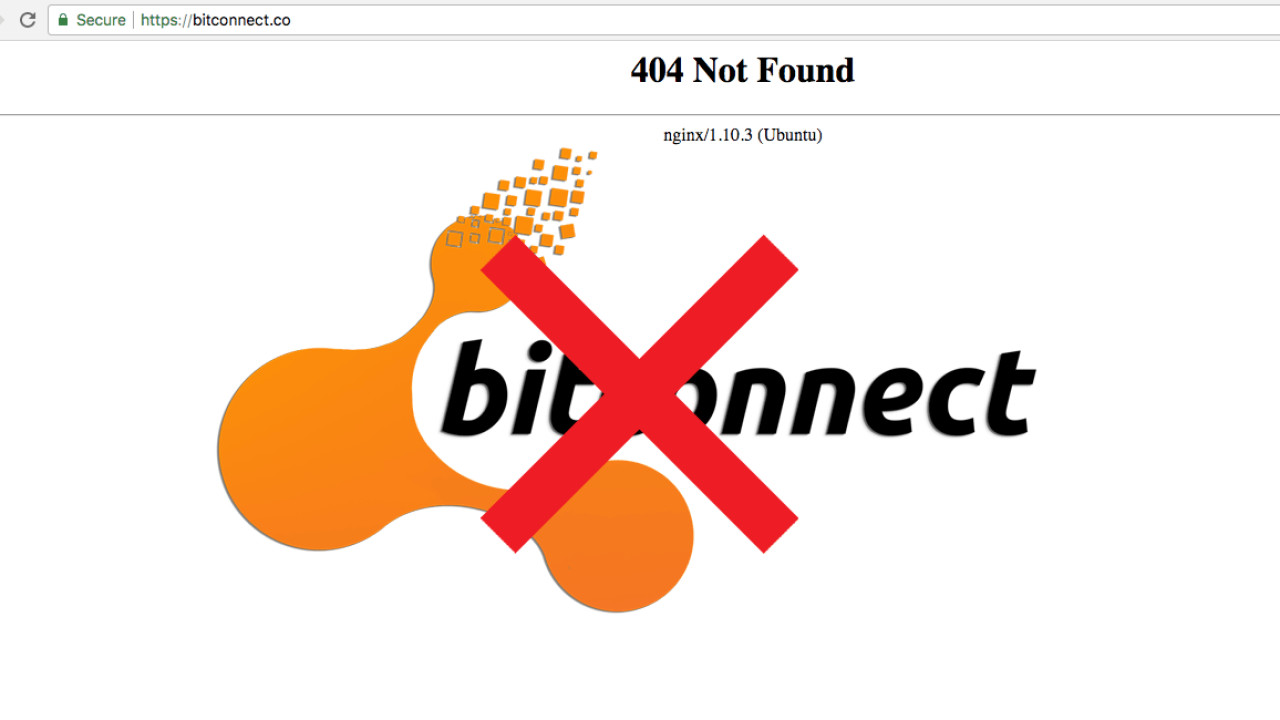 Following months of red flags, Bitcoin investment platform BitConnect – which has long been suspected of running a Ponzi scheme – has officially announced its platform is shutting down.

The statement goes on to suggest that BitConnect will now operate solely “for wallet service, news and educational purposes.”

This rate has been calculated based on last 15 days averages of the closing price registered on coinmarketcap.com,” it continued. “You are free to withdraw your BitConnect coin currently in QT wallets that was used for staking as well. We are also closing BCC exchange platform in [five] days.”

“In short, we are closing lending service and exchange service while BitConnect.co website will operate for wallet service, news and educational purposes,” it ended.

Those interested to see the full statement can refer to a screenshot captured by independent Twitter sleuth @BCCPonzi, who has been documenting the investment platform’s shady business for months.

There we go. It's over with bitconnect pic.twitter.com/Bt5Eu5km4c

Here is also a screenshot of the BitConnect shut-down announcement obtained by TNW:

According to the statement, the company will “continue offering other cryptocurrency services in the future.” The equally questionnable BitConnect X ICO – which was explicitly named in a cease and desist letter served by the Texas Securities Board – will remain “functional.”

BitConnect claims that its BCC coin will still be “listed on outside exchanges” and “merchant websites.” Meanwhile, it has taken a massive dip to $144, as per CoinMarketCap. By comparison, its value fluctuated around the $425 mark less than 10 days ago.

Above its legal trouble and inability to protect itself from continuous DDoS attacks, the company blamed the closing of its lending and exchange services on “bad press.” That is despite the fact that most of this bad press circulated around the severity of their legal troubles.

Prior to this development, the shady Bitcoin investment scheme was mired in a litany of legal troubles, including cease and desist orders from the UK in November, as well as two more from from the US this month – one from the Texas Securities Board and one from the North Carolina Securities Division.

Leading up to the announcement, BitConnect promoters suddenly began distancing themselves from the project. Coincidentally, the website was struggling with a series of server downtime – all of which began shortly after the cease and desist orders rolled in.

Update: The price of BCC has plummeted even further, currently standing at a bit over $43.