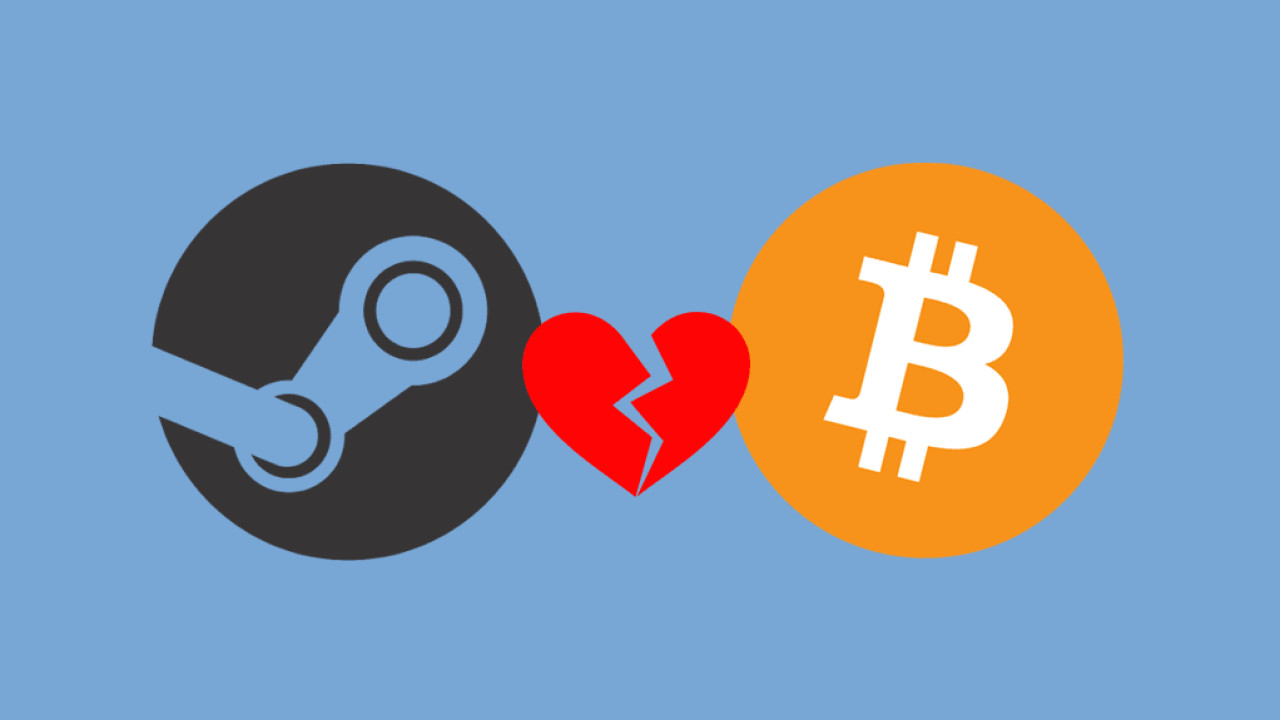 It was a huge boon to the cryptocurrency community when Valve began accepting payments in Bitcoin BTC on its game distribution platform Steam over a year ago. But this is all coming to an end – at least for the time being.

In a blog post from yesterday, the company announced it will no longer support the popular cryptocurrency as a payment method “due to [its] high fees and volatility” in price. While transaction rates used to be as low as 20¢ last year, Valve says the fees topped out at $20 last week.

“These fees result in unreasonably high costs for purchasing games when paying with Bitcoin. The high transaction fees cause even greater problems when the value of Bitcoin itself drops dramatically,” the post read. “Unfortunately, Valve has no control over the amount of the fee.”

This is clearly a problem for both the company and its users.

“Historically, the value of Bitcoin has been volatile, but the degree of volatility has become extreme in the last few months, losing as much as 25 [percent] in value over a period of days,” Valve continued. “This creates a problem for customers trying to purchase games with Bitcoin.”

The issue is that the Bitcoin price of a game can experience significant changes in merely a matter of minutes. As you can imagine, this can be particularly annoying for users that transfer a certain amount of the cryptocurrency, only to discover that this amount is no longer sufficient because its value has dropped.

“The normal resolution for this is to either refund the original payment to the user, or ask the user to transfer additional funds to cover the remaining balance,” Valve remarked on this conundrum. “In both these cases, the user is hit with the Bitcoin network transaction fee again.”

While the move might strike a nerve with some hardcore crypto-enthusiasts, it is difficult to blame Valve for its pragmatism given that the issue directly affects its customers.

True, the price of Bitcoin has generally followed an upward curve over the past few months, but that on its own is not a reason good enough for Valve to keep the cryptocurrency. The aim was always to offer users a reliable payment method at lower than standard fees.

Now that this is no longer the case, the integration is more of a nuisance than a feature.

Then, of course, there is the whole issue with Bitcoin’s sluggish transaction times and its congested blockchain network. At the time of writing, there are over 135,000 unprocessed transactions. So if you were to place a transaction now, chances are it will take a while before it goes through.

Having said this, it’s still sad to see a major platform drop support for Bitcoin. But perhaps things will change once there is a better scaling solution in sight.