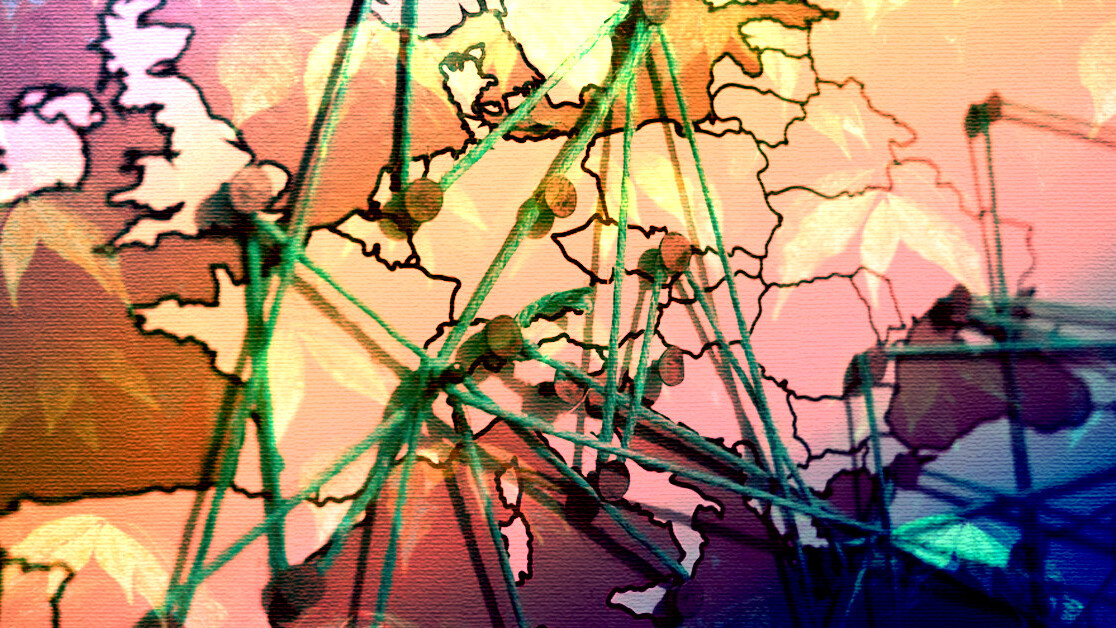 For years, founders in Europe have marveled at America’s ability to bolster entrepreneurship, the caliber of tech companies emerging from Silicon Valley, and the maturity of the investment landscape.

In America, failure is celebrated, seen as a mere consequence of trying to improve or disrupt an existing product or service. US entrepreneurs are known for their ability — and willingness — to tell the world about their success. Investors are less risk-averse.

Meanwhile, their European counterparts, often seen as far more humble, have been trying to perfect the art of cracking the US — because as much as it is big and challenging, the scale afforded by America’s vast customer base is something only Europeans can dream about. Indeed, making it stateside can often make or break a business.

On paper, Europe presents all the necessary elements to allow tech businesses to grow and scale — so perhaps entrepreneurs should look closer to home before crossing the Atlantic in a bid to succeed.

Europe benefits from geographical proximity: it’s possible to fly or take a train from one country to another in just a couple of hours. It boasts a huge single market of 500 million people that has, to some extent, facilitated trade between countries, and governments have tried to support entrepreneurship, spending sizeable amounts of money to bolster innovation and R&D.

While all of this is positive, it’s not always enough, hence the emergence of specific programs that exist to support startups. For instance, the European Commission-funded project, Data Market Services aims to overcome growth obstacles facing startups operating within a fragmented European data market — helping founders with pain-points such as privacy law, intellectual property, and investment opportunities.

Support is both necessary and welcomed and even though some startups have succeeded in the continent, growth in Europe remains challenging.

So what exactly are the challenges and how can entrepreneurs leverage the opportunities?

[Read: European tech: What startups can expect in Belgium, the Netherlands, and Luxembourg]

In reality, European tech businesses are confronted with a clear set of challenges that can impact growth prospects.

“I think Europe is doomed and I’m really pessimistic because of the systemic nature of Europe’s fragmentation, which unfortunately doesn’t help European startups or companies achieve global scale as you can do in the US or in China,” says David Gurle, a seasoned tech entrepreneur, and CEO of Symphony.

The quantity and quality of talent and funding is not the problem. “The talent in Europe is as good as anywhere else. It’s not about lack of money either. It’s just that structurally, the European Union, hasn’t facilitated the creation of global champions,” he adds.

“Expanding in Europe means you need to cope with a fragmented regulation and marketing and sales strategies have to be designed for single countries,” he says.

This can eat a lot of time and resources, especially if businesses find themselves dealing with local data.

“Think about credit risk, for example. When you want to compare the risk of an SME loan in France with the risk of another SME in Germany, there is no standardized risk provider to support this analysis because every data or risk provider has expertise in their home country. Therefore, as a private debt investor you would need to collaborate with several credit risk providers for every country and make sure they speak the same language,” he explains.

In Kadareja’s experience, southern European markets have proved the most challenging, which paradoxically, he claims, are the ones that need his company’s solution the most.

In this case, legacy systems and resistance to change have created considerable entry barriers. “For us, the UK has been much more direct and efficient,” he notes, highlighting how the disparities in Europe also abide by the North versus South divide.

Iván Caballero, CEO of Citibeats, a Barcelona-based social intelligence and text analytics platform based on natural language processing and machine learning, was quick to re-emphasize Kadareja’s point about fragmentation while also highlighting the state of Europe’s funding landscape.

“The maturity of the European investment market is growing, but if we compare it with the investment markets of the United States or Asia, for example, it is still less mature. I think we are on the right track but we still have a way to go,” he said.

Even though the year got off to a good start, the report suggests that the coronavirus pandemic is expected to have a considerable impact on deal flow. More importantly, it notes that COVID-19 could threaten the flow of US capital into European tech companies, potentially reducing the options available to companies founded in the continent.

Opportunities across the market

Europe may be a challenging landscape to navigate but the continent has also birthed several successful tech outfits including Spotify (Sweden), Amadeus (Spain), AMSL (The Netherlands), Sophos (UK), Temenos (Switzerland), and Farfetch (UK).

Founders across the continent also have access to important tech hubs such as London, Paris, Amsterdam, Lisbon, Barcelona, or Berlin.

Even though activity is typically concentrated around these specific hubs, it’s important to note that investors are also waking up to the fact that it’s important to expand their search. In the UK, for example, it’s not unusual for VCs to look further afield, eyeing opportunities in other cities such as Bristol, Edinburgh, Glasgow, Oxford, or Cambridge. More rural areas such as East Anglia also present clear opportunities in the agritech space.

Attracting and retaining talent is indeed challenging — both for companies in Europe and elsewhere — but hiring is typically cheaper outside the US. This, of course, is a double-edged sword in that European tech is at risk of brain drain — the mass exodus of talented, and experienced, individuals seeking higher salaries on the other side of the Atlantic.

Niche companies are perhaps the most obvious beneficiaries in Europe. Those with specific know-how or product are more likely to flourish, able to leverage Europe’s fragmentation to better their bottom line. Europe’s fintech space, for example, is far more developed than that of the US.

Specifically, Kadareja believes there are plenty of opportunities for technology solutions that enable and facilitate investment management. “I see many opportunities for better infrastructure technology using new architecture solutions such as microservices architecture and using new coding languages that allow a faster and more efficient software development,” he adds.

The data space is also ripe for disruption.“Flexible database solutions that allow big data management and incorporation of alternative data sources are other challenges that can bring new opportunities in the market,” he adds.

Even though European tech has come on leaps and bounds over the past several decades, there’s very little doubt that it still lags behind the US and parts of Asia. The good news is that founders no longer have to set their sights on US capital in order to enter new markets. The bad news is that Europe is structurally flawed — and it’s really down to entrepreneurs to find the right opportunities.

“Taking into account the particularities of the European market (diverse, atomized, heterogeneous) tech business should analyze which European markets fit better with their products and services, and also consider other markets that represent new opportunities,” says Caballero.

Indeed, expanding in Europe may not be easy, but with the right tools and support, it’s by no means impossible.

Have you overcome growth challenges in Europe? Share your advice and experience with the Growth Quarters community.

This program has received funding from the European Union's Horizon 2020 Programme under Grant Agreement number 825014.