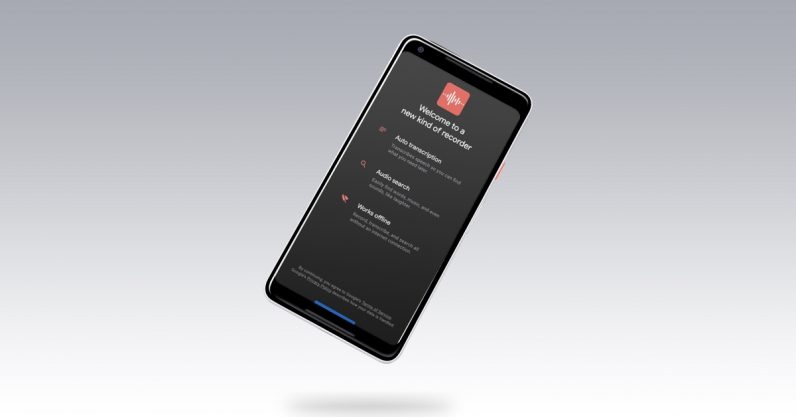 Update: Google just officially launched it with the Pixel 4

As a reporter, I often need to record interviews or Q&A sessions. But it’s painfully tiring to go back and manually transcribe the recordings. Surely, there are few apps that can help me out. However, most of them have a limit on free transcriptions and you usually have to go through the whole process of uploading your recording.

According to a report from XDA Developers, the recorder app leaked from Pixel 4’s code has transcription and audio search abilities. What’s more, these features also work without an internet connection — which means no more times wasted on uploading recordings on external services.

While testing the app’s transcription ability, I observed that the app’s AI recognizes sounds such as bird, applause, cat, and whistling and filters them out.

I installed the APK file on the OnePlus 7T, and it works pretty well. Transcription of basic sentences was on point, and it didn’t really struggle with my Indian accent. But it’s not clear at the moment if Google will release the standalone app for all Android phones.

Google has vast experience of dealing with voice search, so we can expect the app to be accurate for languages like English. It will be a really useful tool to have for meetings or interviews.

We’ll surely hear more about this app at Google’s Pixel 4 event on October 15. Make sure to check into Plugged to catch all our coverage of the event.