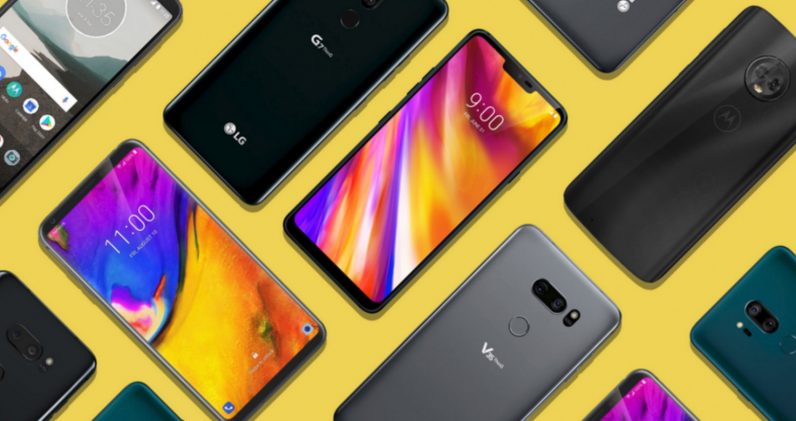 Google’s Project Fi is an innovative a phone network, but it’s been hampered by a scarcity of device choices. So far, you’ve been limited to Google’s own Pixel and Nexus phones, with the Moto X4 being the sole exception introduced late last year.

But today Google added three more options: The Moto G6, the LG G7 ThinQ and the LG V35 ThinQ. The Moto G6, which I’m currently in the process of reviewing, gives users a great budget option, while the G7 and V35 are the first non-Google flagships to grace the service.

It’s a good sign. Project Fi, which operates primarily on the T-Mobile and Sprint Networks, offers the most sensible data plan out there, and has some clever techniques to switch between Wi-Fi and LTE. But all that is meaningless if the phones you want aren’t actually available.

As great as the Pixel 2 is, the G7 and V35 in particular offer plenty of feature not available on Google’s phones, like a super-wide-angle camera and a audiophile-worthy sound chip. And stock Android isn’t always the best; I like some of LG’s feature’s like a one-handed mode and theming engine.

Of course, Project Fi’s selection is still much smaller than the big carries, but hopefully this is just a taste of things to come. If Google can manage to get Samsung to sign up, it could force other carriers to step their game up. That said, I wouldn’t hold my breath for the iPhone to be officially available on Project Fi anytime soon (although you can kind of get it to work).

For now, the G6 is available to pre-order starting today, and will cost $199 ($50 cheaper than most other places). The G7 will cost $749, while the V35 will cost $899, and will arrive next month. You can head on over to the Project Fi website for more information on the release dates as well as monthly financing prices.

Read next: Why the leap to general AI still can't happen yet