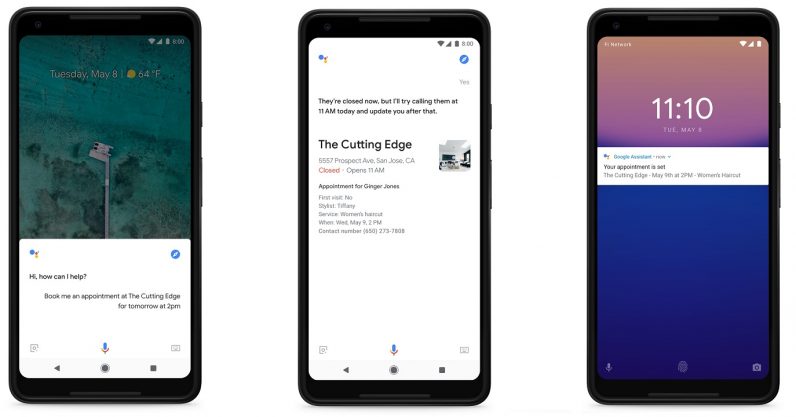 Google’s Duplex tech, which sees an AI mimic a human voice to make phone calls for you and do things like book an appointment at a hair salon, drew a massive ovation at the company’s I/O 2018 conference.

Google CEO Sundar Pichai noted that it was built to make it easier for people to connect with the 60 percent of small businesses in the US that still don’t have online booking systems. But I’m not entirely convinced I need this now – or ever again.

For the past couple of years, I have hardly had to make calls to book anything in my hometown of Bangalore, India; I rely on apps and sites to get event tickets, book flights and hotels, order food and groceries, and to get my home plumbing fixed.

To be fair, this has a lot to do with the sort of services I can afford and choose to use, as well as with the fact that India is charting its own path in going digital – but it’s clear that the tech needed to make phone calls redundant for booking and scheduling is easily available, and it’s likely only a matter of time before all those small businesses in the US get online.

The times I’ve needed to get on the phone to avail of services myself have involved convoluted IVR systems with long menus – good luck trying to get hold of a human to talk to on my bank’s customer care helpline.

That being said, there are certain instances where it’s necessary, or simply better, to hop on the phone instead of having Google Assistant do the talking: that one restaurant whose owner remembers your tolerance for heat, the passport office receptionist who switches between three different languages before connecting you to the right extension, that neighborhood chemist who always asks after your family. Yeah, I certainly don’t want an AI handling those calls for me.

Naturally, there are concerns about the ethics of using bots that can trick people into thinking they’re speaking to humans, and about the dangers of such technologies falling into the wrong hands (think automated spam calls on a grand scale).

However, I wonder if, or perhaps, how long we’ll need to worry about this. For starters, I imagine that it won’t be long before more businesses automate their booking systems, and it’s also not unimaginable to think that our phones will soon be able to tell us if there’s a bot on line – even if it doesn’t disclose its identity as such.

All this is to say that Duplex doesn’t feel like a necessary technology; it’s more of an exercise in what AI-powered systems are capable of – ethical issues notwithstanding. Just don’t expect me to use it.

Read next: Bitcoin whales are stashing their fortunes in underground vaults - but you shouldn't