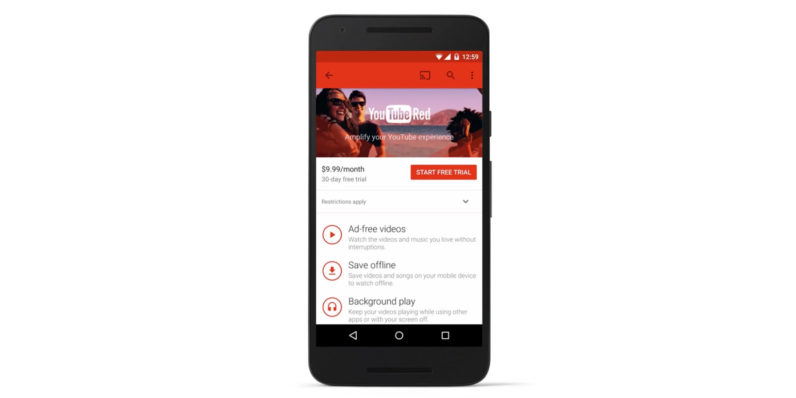 Google is finally taking the most logical step towards growing its streaming business: it’s set to merge YouTube Red with Google Play Music, which should make it easier for subscribers to find the tunes they want without all the confusion of the company’s myriad offerings.

That’s from Lyor Cohen, YouTube’s head of music, who confirmed the move at the New Music Seminar conference in New York. What we don’t yet know is whether it’ll lead to the launch of an entirely new product.

For now, it sounds like Google will simply create a new brand under which both services will be offered with a single subscription. But I’m hoping that the merger also sees the company make YouTube’s premium tier available globally.

YouTube Red is currently available in just five countries, and, as an example, India isn’t one of them. As such, I can’t pay to remove ads or enjoy music videos and playlists with my phone screen turned off. Google Play Music, meanwhile, is available in 64 countries. Cohen didn’t state the merger would translate to wider availability immediately, but it seems likely to happen sooner than later with this move.

Subscribing to Red also scores you access to Google Play Music (and vice versa), so it’d be nice to pay a single fee for both, and hopefully use them in more places around the world. Since it launched in India, I’ve fallen in love with Google’s streaming music service because it’s great with recommendations based on my listening habits.

Hopefully, it won’t be long before Google reveals what it has in store for listeners and viewers now that it’s gone public with info about the merger.

Read next: Adobe brilliantly reimagines the color picker as an artist's watercolor palette