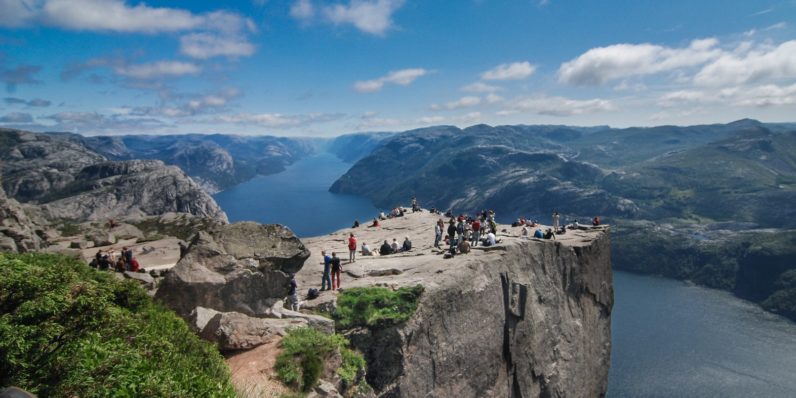 Thanks to Google Maps, hundreds of tourists got to visit a tiny, idyllic town in Norway. The problem? They were all 19 miles away from where they needed to be.

The tourists were all looking for the Preikestolen cliffs, a geological formation in western Norway. When they tried to find a route there, however, a glitch in Google Maps sent them to the wrong side of the fjord from the cliffs. They flooded the town, and didn’t really understand when the locals tried to explain.

From the sounds of it, the residents were simultaneously confused and amused by the tourists’ plight. They were interviewed by Norwegian newspaper Stavanger Aftenblad, though I’m trusting New York Post for a more accurate translation than Google Translate gives me (since apparently even small Google mistakes can have some hilariously outsized consequences). Here’s one resident’s take:

They say they are going to Preikestolen and understand nothing. Google Maps leads them over the Lysefjord bridge and into Fossmork. The road here is quite narrow and they sometimes get quite upset when we tell them to go back. … It’s quite funny. We get to speak with Chinese and Japanese people, and there was an American that wanted to buy a cabin. He thought the place was fantastic.

Let’s just hope they don’t stomp all over the beautiful scenery like Pokémon GO players.