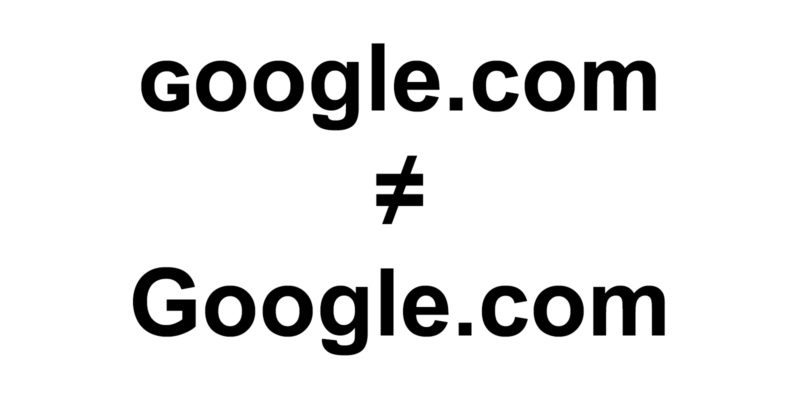 Update 11/22/2016: Apparently, the post you are reading right now might be in your Google Analytics as referral traffic. Please note that neither this article, nor The Next Web, is partaking of any shady analytics practices.

If you don’t watch where you’re going on the internet, you might be headed down a dark alley before you know it.

Like a lot of big websites, we use Google Analytics to keep track of traffic on TNW. A few weeks ago, however, we spotted something that looked a bit out of the ordinary.

Yep, that’s some proper Analytics spam to vote for Trump. It looks like you can get special access to something by copy-pasting the link to a Google website.

But something seems a bit off about the link — the capital G seems smaller than normal, being about the same size as a lowercase letter. Let’s take a closer look.

As revealed by Analytics Edge, ɢoogle.com isn’t actually Google.com or google.com,  but by using a special character, it’s pretending to be.

To be precise, it’s Latin Letter Small Capital G, also known as Unicode 0262. The small G is part of a subset of special characters that can also be used in funky domain names like http://√.com or http://日本語.jp.

When you point your browser to ɢoogle.com, it’s actually leading you to xn--oogle-wmc.com, which in turn refers to the following address:

Yeah, that sounds fishy enough, and I don’t recommend visiting it. It’s definitely not the same as google.com, and looks spammy enough to potentially do harm to your computer.

Our analytics team immediately identified the link as spam, and most TNW readers would probably do the same when they come across it. But most people online — like your grandparents, kids or the president-elect — probably wouldn’t think twice about clicking it.

Even though ɢoogle.com seems to only be used for Trump spam, other safe-looking links might lead to more harmful websites — and that’s why it’s important to stay aware of where you’re going at all times.

Here’s a secret: ɢoogle.com is not google.com on Analytics Edge