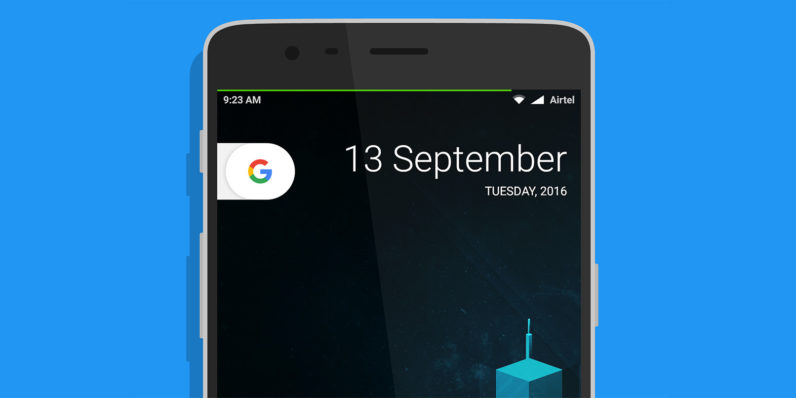 Over the past few weeks, we’ve been hearing murmurs about Google dropping its Nexus brand name for its flagship Android devices in favor of the Pixel label, which it uses for its Chromebooks.

We’ll likely have to wait until October 4 to confirm this – that’s the date for a rumored Google hardware unveiling event, where the company is expected to show off two HTC-designed smartphones. But Android Police has already reported a new clue: A leaked launcher app from Google, dubbed Pixel Launcher.

The new app is almost identical to the Nexus Launcher, with the same Google search button at the top left corner, the vertical scrolling app drawer and the icon dock at the bottom.

You can download the leaked launcher app from MEGA and try it for yourself – just know that it’s fairly basic and light on features. The ZIP file includes the launcher APK as well as an installer for a wallpaper picker tool. There’s a chance that you won’t be able to access the Google Now screen from the launcher – Android Police has some tips on how to get it to work.

With that, we may well have seen the last-ever Nexus devices in the form of the 5X and 6P handsets. In May, HTC stopped manufacturing the Nexus 9 tablet that launched in 2014; in addition, tipster extraordinaire Evan Blass said last week that Google will launch a new 7-inch tablet before the year is out.

Google hasn’t confirmed the rebranding, the rumored event or the new tablet; we’ve contacted the company to learn more and will update this post if there’s a response.

Read next: Netflix gets an unofficial 'Random' button