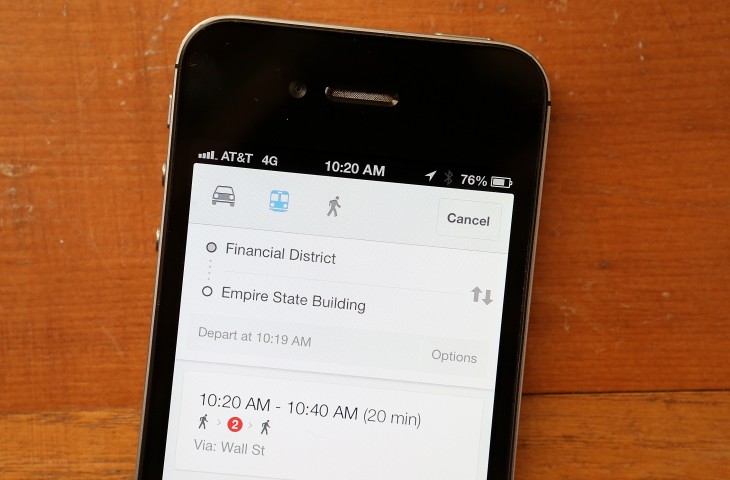 Google Maps for iOS and Android were updated today with a bevy of new features designed to make travelling just that little bit easier.

For starters, the app will now tell you which lane you need to be in as you drive along the freeway. That way you’ll know how to avoid traffic, but also make sure you don’t miss that all-important turning. Furthermore, Google says you’ll have “easy access” to alternate routes while you’re driving, so you can easily find another avenue when you’re caught in an unexpected traffic jam.

Storing maps for offline use has always been an odd affair in Google Maps. Typing in the catchphrase “OK Maps” always felt like a cheat code or Easter egg, rather than a baked-in part of the experience. Now, Google has addressed the problem by adding a “save maps to use offline” option in place info sheets. You can give the map a name and then access it later from your profile page.

If you don’t own a car, Google wants to support you with seamless Uber integration. If you have the Uber app installed, Google will show the next available ride alongside its other transit options. The idea being that if it’s faster than taking the train or bus, you’ll be more likely to book a car. Furthermore, if you choose the Uber option, Google says it’ll throw you across to the official Uber app to complete your order, which is a neat touch.

In this release, Google is also adding new search filters for restaurants, bars and hotels, including opening hours, ratings and price. The update will be rolling out today to Android, iPhone and iPad users – it’s likely a gradual release though, so don’t fret if you haven’t got it just yet.

Read Next: Google Naps: a parody of Google Maps that helps you find the best places for a snooze / Google Maps now lets you find and catch wild Pokémon