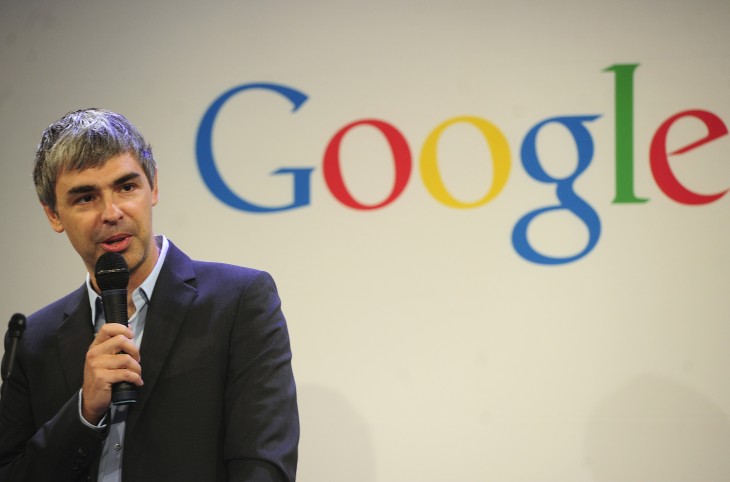 Google CEO Larry Page spoke about Facebook’s Graph Search during a conference call with investors where he discussed the company’s Q4 2012 performance. During the question and answer session, someone asked Page about his thoughts about Graph Search. While he didn’t directly address Facebook’s newest feature, Page did share his thoughts about where his company was heading.

Though he completely avoided answering the question, Page did say that when Google thinks of search, its mission is to “organize the world’s information to make it accessible and useful”, whether that’s through Google Maps, mobile, or through desktop applications.

In his investor speech, Google’s CEO said that the perfect search engine would know exactly what you mean and give you exactly what you want — something that he believes the company’s Knowledge Graph is helping to create. The Knowledge Graph is still in its early stages, but Page says that it has already expanded to other countries around the world and that it’s “at one percent of where we should be.”

Overall, he states that he “feels very confident of our core business of finding things and geting people information.”

Last week, Facebook CEO and co-founder Mark Zuckerberg announced the release of the company’s new search feature, dubbed Graph Search. By using the Social Graph, users can parse through their connections and interests in order to find information relevant to them and shared with their friends. Additionally, Facebook also reinforced their partnership with Microsoft’s Bing search engine, that the software giant calls a “unified search experience”.

Interestingly, during the Q&A session at that event, someone asked Zuckerberg about integration with Google and he responded by describing that there was a “wider strategic rift” between the two companies, mentioning that negotiations broke down over privacy issues. Zuckerberg indicated that Google was “less willing” to change its search algorithm so that once a wall post or photograph was deleted from Facebook, it would also be deleted from Google’s servers. According to the Guardian, Microsoft was able to work with Facebook and has been a partner with the social network since 2010.

But while Page may have given a haphazard answer during the investor call, he did tell Wired’s Steven Levy that while Facebook is “strong” in its space, it is also “doing a really bad job on their products”. From this response and the answers given today, Page believes his company can succeed and dominate the search market — after all, it has done fairly well when it comes to mapping software, mobile (Android operating system and apps), and search (both organically and paid). However, if it wants to really take on a social network’s search engine, it might need to up its game with Google+.

Read next: Microsoft confirms the Windows RT update bug, promises a fix in the first week of February