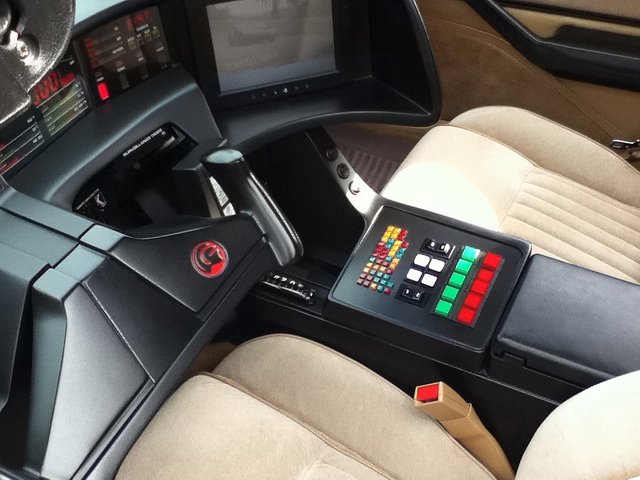 Other than wanting to live in Kansas City due to fast Internet, I am also waiting patiently for the day where I can hop in a car and it drives itself.

The Google self-driving car project has been around for some time, but has crossed a milestone of over 300,000 miles tested. If you hang out in Mountain View around the Google Plex at all, you’ll see these cars driving around with funny contraptions on the roof. You might also spot one on the highway, it’s kind of interesting to watch, but pay attention to the road.

Here’s what Google had to say on its self-driving project:

Our vehicles, of which about a dozen are on the road at any given time, have now completed more than 300,000 miles of testing. They’ve covered a wide range of traffic conditions, and there hasn’t been a single accident under computer control.

We’re encouraged by this progress, but there’s still a long road ahead. To provide the best experience we can, we’ll need to master snow-covered roadways, interpret temporary construction signals and handle other tricky situations that many drivers encounter. As a next step, members of the self-driving car team will soon start using the cars solo (rather than in pairs), for things like commuting to work. This is an important milestone, as it brings this technology one step closer to every commuter. One day we hope this capability will enable people to be more productive in their cars. For now, our team members will remain in the driver’s seats and will take back control if needed.

One of the major concerns for people when it comes to these cars is the possibility of accidents. Google says that this project could lead to safer driving. I can totally see that, but it’s going to take quite a while to talk regulators and consumers into that notion.

In case you haven’t seen the new self-driving Google Lexus, here it is:

And while these team members are commuting, many of them will be testing our algorithms on a new type of vehicle we’ve added to the self-driving car family over the past few months to help us refine our systems in different environments and on different terrain: the Lexus RX450h.

The accidents that have happened were while the cars were under human control, so the “computer” driving record is still spotless.

Does it come in orange?