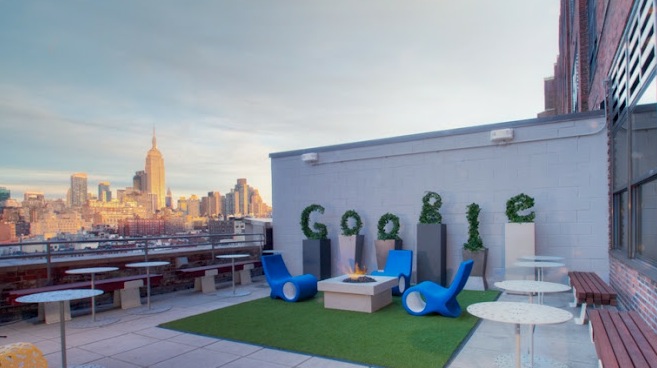 Google’s Larry Page today announced that the company would be giving over the use of 22,000 square feet of its New York City headquarters to CornellNYC Tech, while the university builds its new campus on Roosevelt Island.

This space places Cornell right in the heart of New York’s tech center and should allow it easy access to the companies that it hopes will bolster the city’s reputation as a growing startup hub.

“I’m passionate about breaking ground in science and engineering because technology has driven many of the advances humankind has made,” said Google CEO Larry Page. “But we still don’t have enough people working in these areas”

Google is giving Cornell 22k square feet of office space on July 1, 2012. The free lease will last for 5 years, 6 months, or until Cornell’s Roosevelt Island campus is completed. Google has provided the university with the option to expand the space that it uses up to 58,000 square feet over the course of its time there.

New York Mayor Michael Bloomberg says that “We’re about to find out what happens when you marry one of the world’s most innovative companies with one of the most innovative economic development strategies any city has undertaken.”

He feels that the Google partnership will help the school, which was the winner of the cities Applied Sciences initiative, establish ties with the tech sector and become “fully integrated into New York City’s vibrant tech industry.”

“Just a few years ago,” Bloomberg said, “our tech sector was barely on anyone’s radar screen – now, it’s creating jobs and becoming a major player in our diversified economy.”

Google will get some nice PR—see the article above—for leasing the space for free and, as Ralph Henson points out on Twitter, it will get a nice tax write-off for the sub-lease as well.

New York City leadership, including Mayor Bloomberg, has been making an effort to position Silicon Alley as the primary East Coast tech hub. The new CornellNYC Tech campus should help to do that.

Read next: Video Brewery curates a team of creatives to end terrible demo videos for good