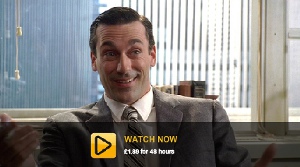 This week saw Google Buzz hit its first birthday. No-one seemed to notice the anniversary, and that got me to thinking just how little long-term impact Buzz has made following its high-profile launch on 9 February 2010.

On paper, Buzz sounded like an exciting evolution of microblogging. The location-aware discussion and content sharing service seemed like a step forward from Twitter’s text-centric approach.

Yet despite the hype around Google’s first real social media play, privacy concerns dogged its first few days as the service automatically imported contacts from Gmail to be your Buzz friends, a ‘helpful’ feature that led to lawsuits. It seemed Google had launched the service without sufficient testing, leading Google-watcher Jeff Jarvis to describe Buzz as “A beta too soon“.

Despite early excitement around Buzz, it never quite took off. Some speculated that it might form the basis of a mysterious project supposedly codenamed “Google Me” that would supposedly challenge Facebook as a one-stop social base online. yet that hasn’t materialised in any solid form since rumours first began swirling last June.

It seems that Google has instead been focusing its social efforts into the location space – specifically to sharing information about places. Launched late last year, location reviews service HotPot has quickly given a local, social element to search results and maps, while location sharing service Latitude recently introduced the ability to check in at real-world places, automatically if you choose (the first real example of a development we predicted early last year). Meanwhile, Google has been sending QR codes to popular US stores, helping bridge the gap between physical and online places.

Given that we’ve heard not a peep out of Google about Buzz for months, could the service simply be fading away like so many other experimental projects before it? A poll we ran on The Next Web in November found participants torn over whether the service was dead or still had a future. However, concentrating on adding social dimensions to the services people know Google for the best, such as search and maps sounds like a much better bet than branching into Facebook and Twitter’s territory – especially when Google’s already so far behind.

Read next: A behind the scenes look at Google's MWC Android stand