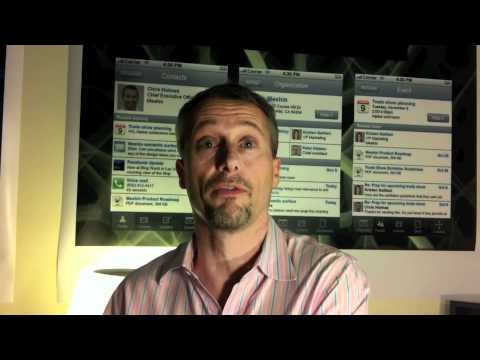 Let’s go back to the start of this story.  It starts with Kevin Rose, CEO of Digg, posting a tweet this morning.

Now, Rose (to my knowledge) isn’t one to go throwing rumors without having some sort of backing.  He states the rumor to be that Google will be building a “Facebook competitor”, and we’ll take this as a firm “maybe”.

Looking at numbers alone, the odds of quickly surpassing Facebook would be insurmountable.  To even give the behemoth a run for its money would be quite the feat.  So what could Google be planning?  Let’s look at the possibilities:

While the rest of the world has somewhat forgotten about Orkut, the site still has a heavy following in Brazil and India, with a worldwide base of over 100 million users.  With some heavy changes, Orkut could become a  player but privacy issues of the past might haunt Google.

Ah yes, it’s Buzz.  That service that everybody seems to know about, yet nobody seems to use.  If you have a Gmail account, and nearly 200 million people do, then you have a Buzz account.

Putting additional features into Buzz, and re-introducing it as a true social network could provide Google with enough leverage to be a thorn in the side of Facebook.  As it stands, however, Buzz doesn’t have near what it would need to overthrow the blue giant on its own.

If Google truly is getting into a war with Facebook, and there’s no reason to believe that it isn’t, then the combination of both Orkut and Buzz would be the obvious choice.

Knowing that a Google account is required to use Orkut, and a Gmail account is required for Buzz, we can safely assume that we’re looking at roughly 200 million users to any service that would combine the two.  This number could sway one direction or the other, as a Google account does not equate to a Gmail account, but I’d say that 200 million is a solid guess.

200 million is already half of the 400 million population of Facebook.

See where I’m heading, here?  It wouldn’t take much for Google to not only be a thorn, but to actually come knocking with a heavy hand on the door of Facebook.  So what would it take?  Twitter user @adnys seems to be onto one idea: the translation of Buzz into Portugese.  This translation would open the door for the huge Brazilian population on Orkut to begin using Buzz more effectively.

Why It Makes Sense

Facebook is making money hand over fist, all the while it is pushing its way into a market that Google currently owns.  Oh, and let’s not forget that Facebook is doing all of this behind essentially closed doors.  Don’t let public Like buttons and an Open Graph fool you, Facebook owns everything inside those walls.

On the subject of not forgetting, many people seem to skip over the fact that Google is an advertising company.  Search may be what it does primarily, but it makes its money via advertising.  All of those lovely Google services that you use on a daily basis?  They’re all advertising supported, or they are paths by which advertising can be provided to you.

In order for Google to keep growing at the rate that it has, the company will need to make some strong moves in the future.  Owning a social network that could give Facebook some competition only makes sense.  Keeping that network open by basing it on a structure that already exists in the wild is even smarter.

A social media network, owned and operated by Google, would allow nearly limitless potential for advertising.  Add to that the fact that there are still a lot of people who are none-too-happy with Facebook and you have a solid foundation upon which Google could build.

Will Facebook go down in flames?  Not likely.  Sites simply don’t go from 400 million to zero without something going horribly wrong.  However, is there room for another network?  You bet.

Honestly, at this point, Google is already in a position to be the one to make that happen.  The only question is whether or not Facebook is the right target.  In fact, our own @ChatCat theorizes that Google should do social, but set its sights on LinkedIn, instead.

Read next: What have you done with your life?