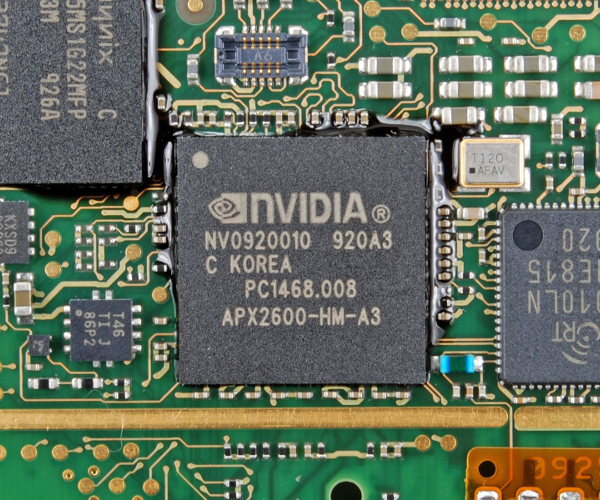 In an earnings call, NVIDIA CEO Jen-Hsun Huang apparently pulled an anti-Steve-Jobs-Android-rant, gushing his praise for Google’s Andy Rubin and his team, and saying that Android is “a little bit behind” iOS and the iPad, and that the next version of Android and future tablets will be “completely fabulous”.

NVIDIA of course builds smartphone and tablet chips, so the more smartphones and tablets out there for it to supply, the better, and right now, both of those explosions could certainly come from Android-based devices. Here’s the entire – um, talk – that Huang gave, according to ZDNet:

We’re going to start building into our phone and tablet design wins. And although they’re a little bit behind, the work that Google and Andy Rubin’s team is doing at Google is just really amazing. I mean, this is clearly a world-class engineering team. And they’re building a magical product. So I’m looking forward to the next generation of Android phones and tablets that are coming out. And I think it’s going to really, really surprise people and delight consumers everywhere. And so although it’s a little bit behind, I think it’s going to be completely fabulous. Now it’s going to take something absolutely great to compete against the iPad and the iPhone, as we all know. Because both of those devices are quite amazing devices. And so it’s going to take something that is truly remarkable to compete against it. And I think Andy and his team, and all of our engineers here working with them, and all of our partners around the world working on it, are going to absolutely deliver. And so that’s the second thing.

So yeah, “magical”, “fabulous”, “amazing” and “delight” – no lack of hyperbole there. Of course, the first major Android tablet – the Samsung Galaxy Tab – is hitting shelves and reviews now, so how well it does this holiday season will be interesting to watch, especially compared to the iPad. That said, a “little behind” would seemingly be a bit of stretch, considering how much the iPad has dominated this year.