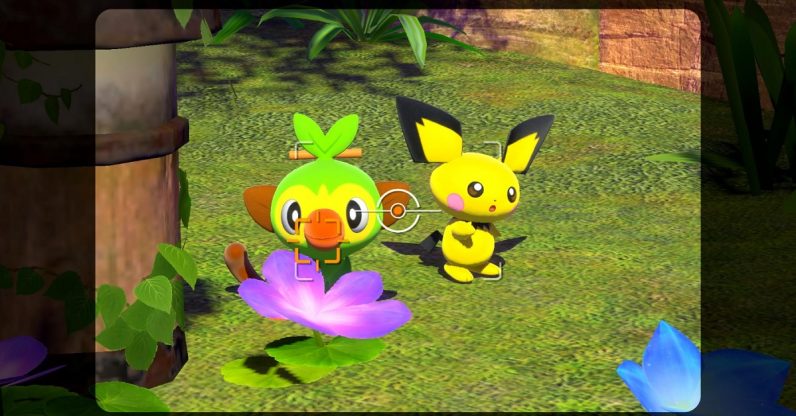 The Pokémon Company today announced in a special presentation that, after years of fans pleading, we’re finally getting a new Pokémon Snap game. Called New Pokémon Snap, the game is being developed for the Nintendo Switch. While we don’t currently know when the game will come out, I can only hope it’s “soon.”

In case you’re too young to remember, the original Pokémon Snap was a Nintendo 64 game in which you snapped pictures of Pokémon. It was kind of like a combination rail shooter and safari. That’s pretty much all there was to it, but it was so odd and unlike existing games in the franchise that it’s stuck with players since it was released 20 years ago. Fans have been asking for another game like it for as long as I can remember, and it seems The Pokémon Company finally listened.

New Pokémon Snap, which will come out on the Switch, naturally, is being developed by Bandai Namco. It will feature “deserts, jungles, and more,” according to the description on the Pokémon website. All of this takes place on islands apparently inhabited exclusively by Pokémon, and players are encouraged to snap photos of as many different kinds as possible to fill out their own Photodex.

From what we can tell from the trailers, it’ll again be an on-rails experience — the player character is in what looks like a little pod that has a preset path to drive on. You’ll have to snap photos of the Pokémon behaving certain ways in their natural habitat, and, assuming it’s like the original title, you’ll open up new areas to explore as the game progresses.

If you’re wondering what could possibly be the appeal of a game like this… just watch the trailer and look at that gorgeous scenery. Watch those Pokémon serenely grazing or gliding through the water. Honestly, a game in which you wander a beautiful island and take pictures of Pokémon sounds like exactly the kind of wonderful, relaxing game we need right now. Even if you didn’t play the original — I didn’t, as I didn’t own an N64 — it’s such a pretty game that I can see a whole new generation of gamers falling in love with it.

While we don’t yet know when New Pokémon Snap will be released, the company rolled out the Isle of Armor expansion for Pokémon Sword & Shield today, presumably to tide us over. Hint hint, Nintendo, this would make a great holiday release.

Read next: Why gender-swap photo filters are still problematic