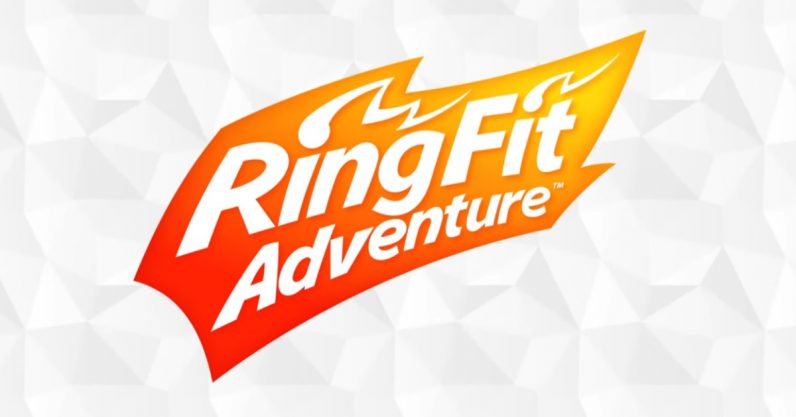 Nintendo today finally revealed what the heck that ring peripheral it teased last week is all about. Namely, the company’s releasing its Switch version of the Wii Fit, an exercise game called Ring Fit Adventure, which turns that bizarre rubber ring into a whole-body sensor.

As most people could probably have guessed from the teaser video, the purpose of this new peripheral is fitness. That’s not a surprise — in fact, I’d wager it’s a surprise to some it’s taken Nintendo this long to produce a fitness game for its new console. Wii Fit and Wii Fit U came out about a year after the release of their respective consoles. But hey, better late than not at all, right?

To Nintendo‘s credit, it’s possible Ring Fit Adventure took longer because it’s an actual game, not just a virtual stage for the Wii Fit Trainer. (Which reminds me, any one wanna take bets on how long until we get this game‘s avatar in Smash Bros?)

The ring in this case acts as the controller — the two chirpy spokespeople in the trailer say you won’t be pushing buttons, but instead using the ring and the Joy-Con’s gyroscope to communicate movement to the game.

And it’s not just a game — according to the new trailer, this is a full-blown fitness RPG. You, the player, are on a quest to defeat an “evil, body-building dragon” (wow, I did not think I’d be writing that sentence today), and must navigate the game using the ring, leg strap, and attached Joy-Cons. You’ll have turn-based battles against enemies, and must attack them according to their weaknesses, with your own moves color-coordinated to which body part triggers them.

It’s not the most natural-looking movement in the history of motion controls: the only way of blocking enemy attacks is to press the ring horizontally against your stomach, which somehow gives you a shield. To jump, you have to point the ring down and squeeze. Why could we not just jump in place to achieve the same thing?

If Fitness Final Fantasy isn’t your cup of tea, you have the option of doing the exercises on their own in the form of minigames or quickplay. You can just choose which part of your body you want to focus on, and then complete the given exercises within a time limit.

This all sounds perfectly above-board, but I don’t think I’ve yet conveyed to you just how goofy using this thing looks. It’s just not a graceful thing, no matter how serene these actors try to look:

Still, the Wiimote made most of us look like flailing morons until we all just kind of collectively got used to it. I’m sure the same thing will happen here.

Ring Fit Adventure releases on October 18. You can pre-order it from Nintendo here.