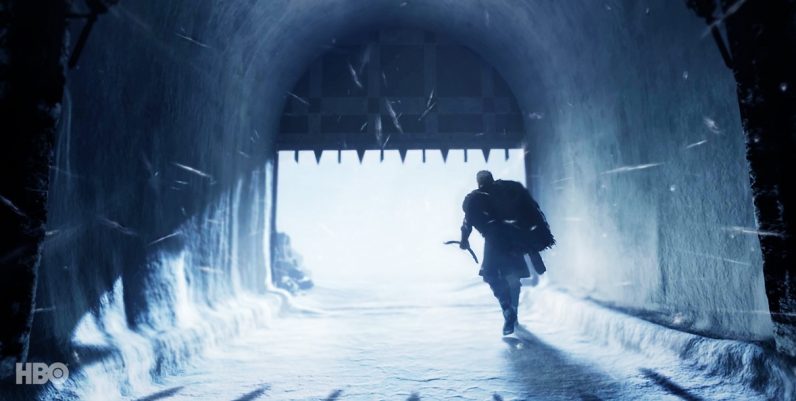 HTC and HBO today announced an exclusive “Game of Thrones” VR experience will arrive on Viveport Infinity on May 31.

Dubbed Beyond the Wall, the game is a VR-only experience that “transports users to the northern border of The Seven Kingdoms to fight and defend The Wall. Players can test their sword-fighting skills against a terrifying undead polar bear and hoard of wights.”

The game was developed by digital effects company Framestore, a company whose pedigree in the film industry is beyond reproach – so the experience should look really good. Here’s hoping the game plays well enough to scratch the immersion itch for GoT fans and those who just want to smash zombies with a sword alike.

Little else is known about Beyond the Wall. An HTC press release mentioned players will assume the role of a member of the Night’s Watch and, at some point, wield a flaming sword. We’re assuming the game takes place during certain events occurring later in the series, but TNW confirmed with HTC that the seven-minute experience is spoiler-free and focuses on action. If you’re not caught up, it shouldn’t ruin anything for you.

For what it’s worth, sword-fighting experiences in VR have come a long way in the past few years. Spend a few minutes with Fruit Ninja VR, and an HTC Vive headset with a Wireless Adapter, and you may find yourself pining for a medieval adventure. If you’re a Game of Thrones fan, Beyond the Wall could be a killer app. We’ll withhold our judgment until we’ve given the game a fair trial by combat.

You won’t need a Vive headset to play the GoT experience. Viveport is a system-agnostic storefront and home interface for VR headsets. Beyond the Wall will support HTC VIVE and Oculus Rift. It is, however, exclusive to the Infinity subscription service which costs $12.99 monthly.

Windows Mixed Reality support was also just announced for the Infinity platform yesterday. With it, Infinity now supports all three of the most popular PC-based headset brands and many mobile devices. Considering your thirteen bucks nets you unlimited access to more than 600 VR titles, there’s simply no better deal for VR gamers than Infinity.

Other recent Infinity releases include Gun Club VR – possibly the coolest target shooter on the planet – and Five Nights at Freddy’s VR: Help Wanted. The latter is a premium experience that’ll cost $39.99 for Viveport users without an Infinity subscription. Check out Vive Live on Twitch tomorrow (May 31) at 12PM PST for a live play-through.

Read next: CHEAP: $20/£10 off Apple's newest AirPods is better than nothing