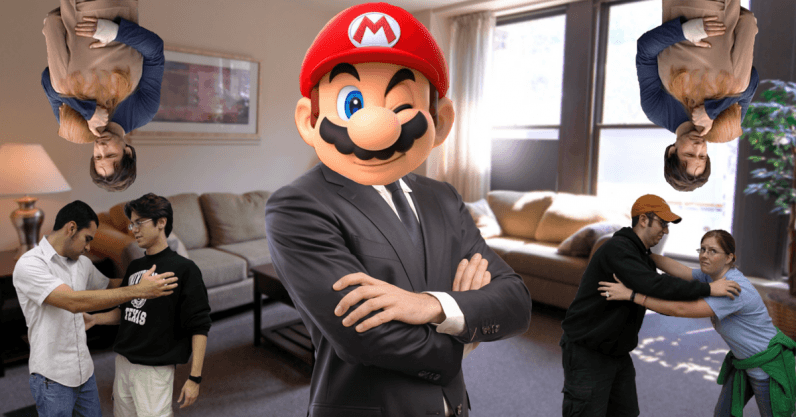 Some of my most cherished memories involve crowding round a TV with friends and playing multiplayer games until the early hours of the morning. While this used to be the only way a group could play on a console, the success of online gaming has relegated a lot of local-multiplayer experiences. Yes, they still exist, but aren’t a major focus for most developers.

At Gamescom, I got the chance to play Super Smash Bros. Ultimate, Super Mario Party and Diablo III on the Nintendo Switch ahead of their launch. And, well, I had a hell of a time.

Because I like fun. Yes, there’s always going to be a place for massive open-world games with month-long storylines and endless easter eggs, but sometimes all I want is some simple entertainment.

Well, for one, the graphics:

Nintendo has done a great job in squeezing every last drop of performance from the Switch with Super Smash Bros. Ultimate. Playing the combat game, I found the colors vivid, the action smooth, and the effects mesmerizing.

In regards to updates though, there’s not much unexpected here. There are new characters (including every fighter ever featured in the series) and new stages – but its core remains unchanged. There’s a battle stage, you select characters, and try and knock those characters off the stage.

The gameplay in the demo version is every bit as fun as previous incarnations. While the edition I played only had a small percentage of the roster, the combat found a nice medium between balanced and chaotic.

Ideally, I would’ve liked to see one or two completely new things introduced into Super Smash Bros. Ultimate, but it’s hard to complain when it’s such a pleasure to play.

Still, considering the game‘s not out until 7th December, there might be more announcements to come. Here’s hoping.

And what about Super Mario Party?

Again, I was impressed with the visuals:

But it’s the gameplay that really captured my imagination. While Super Smash Bros. Ultimate felt like an upgraded version of older games, something about Super Mario Party felt, well, fresh.

Again, as it was a demo, I only played on a handful of the mini-games, but I felt they made great use of the joy-cons. You play the game using a single one of these controllers (meaning a standard Switch is ready for two people to game).

There is the issue though that the full impact of Super Mario Party will be from four-player games – meaning you might need to shell out for another set of joy-cons to take full advantage of the game. Or hope your friends have a Switch.

The mini-games – of which there are 80 in the full game – are easy to get the hang of and infuriatingly addictive.

For example, frying a cube of meat and having to flip the pan with the controller to cook all its sides. Or running an obstacle course while being chased by boxing creatures. Or a tricycle race where you have to pedal by rotating the joy-con

With four people playing, it was a blast. Roll on the 5th October, its release date.

I only had a short time with this title, but it seemed like a straightforward port of the popular RPG. The local multiplayer function was slick though, as Nintendo had four Switch consoles linked so people could play together.

Well, Nintendo‘s definitely pushing for it and on this evidence, it’s succeeding. It’s a good idea and one that’s in line with the company‘s approach in current years.

With Sony and Microsoft in a war for the hardcore gamers, Nintendo has looked at the market and realized there’s a huge swathe of people who just want some amusement. And they’re taking this approach for multiplayer too, literally encouraging people to pick up and play games in the same room.

My only reservation with Super Smash Bros. Ultimate, Super Mario Party, and their ilk is how they hold up on single player modes.

A good example of this was the recent title Mario Tennis Aces. While the game was shedloads of fun when played with people, the offline single player elements left a lot to be desired. And, honestly? I expect the same thing to happen with these new titles.

At the end of the day though, it’s hard to be too critical.

Nintendo is out here making enjoyable games for amateurs. Of course, this won’t be to the taste of many hardcore gamers, but sometimes I just want to sit round a TV with friends and have some fun.

Read next: Chipotle is opening a startup accelerator, and I volunteer myself