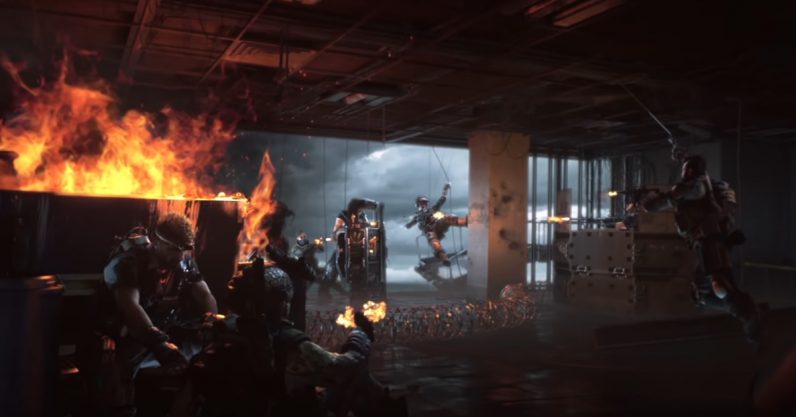 Activision is switching things up for its cash cow franchise, taking it from Steam, PC gaming’s biggest digital distribution platform, to Battle.net.

The platform switch was revealed during the game’s debut event earlier this week. According to Activision, the game will be “fully integrated” with Battle.net’s social features (which, you know — I’d certainly hope so).

Battle.net is traditionally the platform of Blizzard’s games, such as World of Warcraft, Hearthstone, and Overwatch. Recently it’s also become the home of Activision’s sci-fi series, Destiny. Blizzard’s lead gameplay programmer, Tim Ford, said in the reveal video, “It’s really exciting that we can welcome them to the Battle.net platform, because Call of Duty is a cultural landmark.”

Black Ops 4 is already a bit of a shakeup for the venerable franchise. First, it won’t feature a single-player campaign, which has traditionally been a pillar of the Black Ops series.

Second, it’ll feature a battle royale mode, dubbed “Blackout,” becoming part of a trend which has engulfed the gaming world in the last couple of years. Developer Treyarch haven’t been shy about where they got their inspiration, either. The narrator of the Blackout reveal trailer says, “We don’t have to describe how battle royale works. These games are no secret. We play them too.” Producer Miles Leslie said to VG247, “We’re fans of all games, right? We’d be lying if we said we don’t play other games.”

But the switch in platform might be the most startling of changes. Valve’s platform has never had a major competitor — it’s too familiar and easy to use for most people to even want to venture away from it. While it’s a logical decision, considering Activision owns the platform, my initial reaction was still to question it, because Steam just has that big of a monopoly.

But with a major franchise like Call of Duty jumping ship — even to its own parent company’s platform — it might be the start of a trend. It takes a big dog like this to get the pack moving in the other direction. If more games move to Battle.net, it could set the platform up as a stronger competitor to Steam. It certainly won’t put a big dent in Steam’s armor, but it’ll at least drum up some interest for someone else.

Call of Duty: Black Ops 4 will be on Battle.net, not Steam on PCGamer