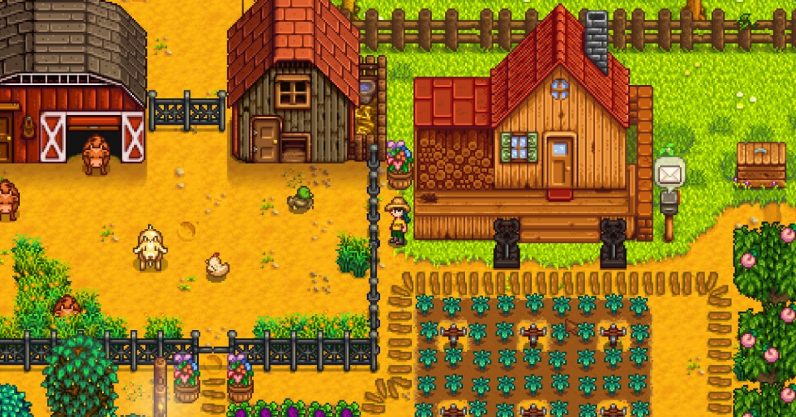 Popular farming sim and Harvest Moon clone Stardew Valley has finally added the multiplayer mod. Now you can basically turn your friends into unpaid workers on your farm. It’s good fun as long as you’re not too concerned about the game’s story.

Multiplayer is one of several features which developer Eric “ConcernedApe” Barone has been promising for two years. The game itself has changed radically since launch, adding new builds, maps, romantic interests, and items. If nothing else, the game is a study in how to add free DLC in just the right increments to keep your audience interested.

For the moment, multiplayer is still in beta and exclusive to Steam players. One player hosts the game, and the others join them. Everyone gets a cabin, though only the game’s host can live in the big house — meaning your squad are basically your farmhands. Still, at least everyone gets a shared pool of income and free reign to woo any of the available townsfolk — so not being able to have access to a shared farm when the host is offline seems like a small price to pay.

The co-op mode does seem to break the game in one way — early livestreamers have revealed the game won’t play cutscenes for either host or guest, even if one of you is starting a new game. We’ve contacted publisher Chucklefish for more information.

Stardew is one of those games that sucks you in so hard you lose track of time — I’ve got a conservative 142 hours in the game from one playthrough and I’m still not sure how the number got up that high. So it wouldn’t seem like the kind of game that needs gilding, but the creators have steadily been adding more and more content to the game, with this mode being the crown on top. It breathes new life into a game that would otherwise have been given over to the modding community by now.