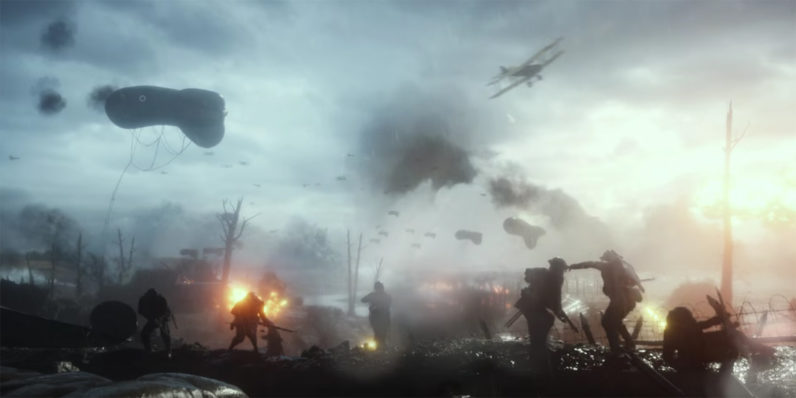 Rumors are swirling the upcoming games in the eternally-warring Call of Duty and Battlefield franchises will both contain a battle royale mode — and I have no doubt they’ll both find some way to ruin it.

Polygon yesterday broke the news that Call of Duty: Black Ops 4 might not have a single-player mode, and sources later corroborated that with Kotaku, adding the news about a potential battle royale mode.

This, in and of itself, would just be news of a game developer jumping on a trend. Then, today, VentureBeat reported Battlefield 5’s developers were also testing a battle royale mode, and suddenly both companies are starting to look a little desperate.

Two of the most popular games on Earth right now are PlayerUnknown’s Battlegrounds and Fortnite, both battle royale games. In case you’ve missed either the games or the millions of hours of Twitch streams, battle royale games involve players scavenging for weapons and armor inside a shrinking safe zone, hunting each other down in order to be declared the last man standing. Think “Hunger Games” if it was a spaghetti Western.

While I think the format is a little over-hyped, battle royale games create tense and rewarding gameplay. To be played well, they demand stealth, ingenuity, patience, and daring. Both of the aforementioned games have mastered the formula. ADespite superficial similarities, this formula is doesn’t seem to fit the Call of Duty/Battlefield mold of fast paced action, which has been honed to a mirror sheen over the last several years.

It reeks of companies jumping on a bandwagon, and I’m not convinced either franchise could do more than a lazy copy of Fortnite and PUBG.

I can’t say I blame them, though. By latest estimate, almost a third of PC gamers play battle royale games, and I’m willing to bet both EA and Activision are belatedly kicking themselves for not building the bandwagon to begin with.