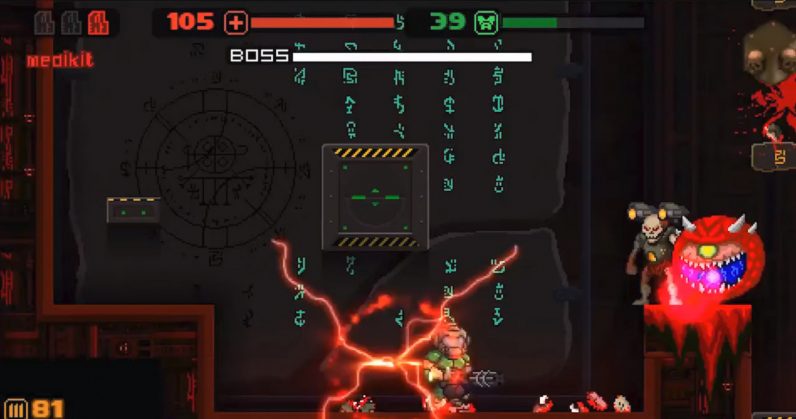 It’s been 25 years since id Software first released its iconic first-person-shooter Doom, and I still can’t get enough of the dark, demon-filled universe the company’s dream team created. No wonder I’m so taken by Studio Calavera’s gorgeous 2D take on the classic, which features beautiful pixel art, a hot new soundtrack, and challenging retro platformer gameplay.

Developed by a tiny team of three, MiniDoom 2 is a remake of the unofficial 2D game that brothers Felipe and Juan Carlos Porcel made a couple of years ago as part of a game programming course they taught. This version fleshes out the idea with 17 new levels that include tons of collectibles and secrets, as well as 14 weapons inspired by the entire catalog of Doom titles.

I only got to play a couple of levels today, and I’m already itching to switch windows and get right back to it: the artwork, from the fantastic animated characters to the detailed environments, as well as all the in-game items (remember those ammo pickups and color-coded keys?) and fast-paced action that take you right back to Hell on Mars in the 90s, albeit with a fun twist.

You’ll want to play through several levels just to hear the excellent soundtrack, which features fresh arrangements based on the original game music. Oh, and did I mention that this labor of love is available for free? Grab the Windows version from itch.io.