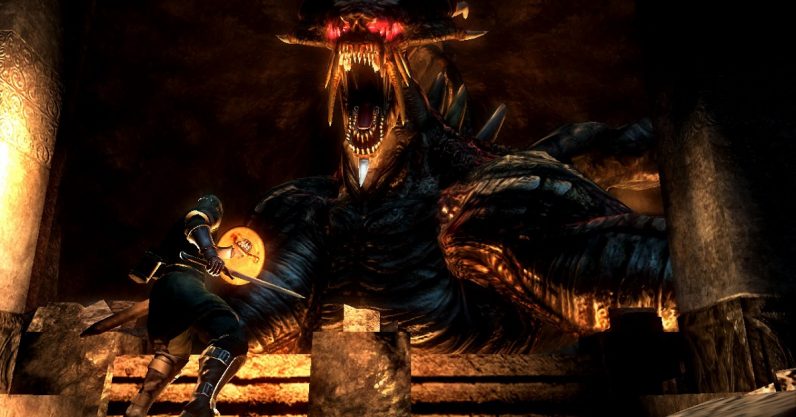 Recently, we reported on the conflict between game publishers and game preservationists — specifically, their disagreement over whether online games should be preserved in their original state. When speaking about the kinds of online games historians might want to keep, we used MMORPGS as an example. But there are multiple kinds of online interactions, even in single player games — and some of those are starting to die off as well.

As an example, the servers for From Software’s Demon’s Souls shut down today, after 8 years of being online. Now players won’t be able to use any of the game’s online features.

Attention all Slayers of Demons: As previously announced, at 09:00 UTC on Feb 28, 2018, the Demon Souls servers will go offline.

Our humble thanks for your support over the last 8 amazing years. Please make the most of the remaining time so you may live without regrets.

Demon’s Souls, the precursor to the popular Dark Souls series, doesn’t, on the surface, seem like the kind of game that needs online features: It’s a linear, story-driven action RPG that can be finished by a single player, even now that the servers have shut down. All of the online features are, in theory, completely superfluous.

That said, Demon’s Souls multiplayer gave the entire game world atmosphere it wouldn’t otherwise have had. Players could invade each other’s games, assist each other in combat, and leave messages for each other. It gave the impression that players had each other as a tether to sanity in an insanely brutal world.

Without that interaction, the game is still technically playable, but it loses something. If, for example, the Museum of Art and Digital Entertainment could maintain a server, future players could see what the game is like for those who originally played it.

If the Museum doesn’t get the chance to preserve Demon’s Souls‘ online features, then we can only hope From Software’s sophomore effort will wind up on the Nintendo Switch, just as Dark Souls has — and with new servers.

Read next: Samsung Galaxy S9: Our first photos with the new camera