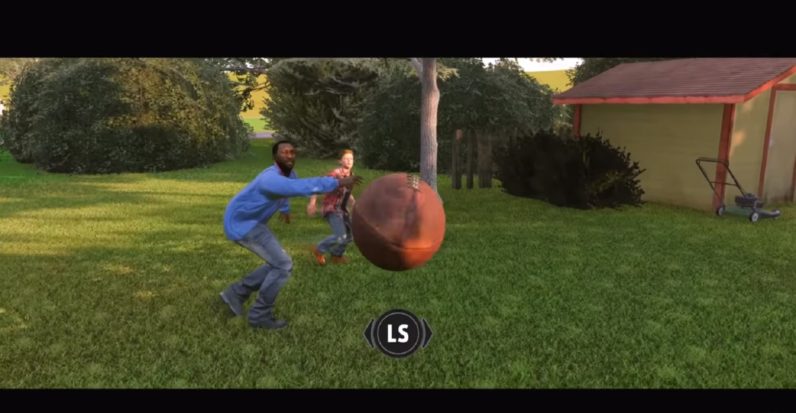 Chances are you’ve been missing out on some of the best RPG experiences in video games. While most people were playing Skyrim and Final Fantasy XV, publishers like 2K and EA Sports were busy redefining the sports game by turning it into an RPG experience. And those games are perfectly aligned with the expectations that fans of Square Enix and Bethesda games have.

To those who think they’d rather ride dragons or build robots in the wasteland, I can confidently say: sports games aren’t just for sports fans anymore. While I am a huge sports fan, I’ve spent decades playing every RPG I could get my hands on and it wasn’t until I became a convincing virtual sports legend that I found what I was really looking for.

The best traditional RPG video games, like Chrono Trigger and Knights of the Old Republic, resonate with us because they tell a compelling story. Whether wielding a sword or crafting recipes we become swept up in these alternate lives. The more we empathize with our characters the more important their world becomes to us. It is essential to the role-playing video game experience that players feel some form of ownership within the world they play in, usually this is accomplished through choice.

Sports games take the idea of immersion to another level entirely, but have traditionally lacked any real choice. You can be yourself, or Michael Jordan in a sports game, and you can also make an entire Madden team based on the cast of Hamilton. And since the graphics quality continues to increase the environments your characters play in are becoming ever-closer to photo-realistic. But where’s the drama?

Creating a character used to be the extent of choice in sports games. Today FIFA 18’s “The Journey: Hunter Returns” story-mode plays more like a Mass Effect title and Madden’s “Longshot” is mostly cut-scenes interspersed with emotional conversation trees and mini-games — and the football sequences are a joy to play in context.

There may be no dragons to slay or elves to marry, but give character classes like Point Guard (support / DPS) or Linebacker (Tank) a chance. I cheer just as loud when I intercept a pass from Tom Brady as I do when I finally kill the orc that’s been ruining my life in Shadow of Mordor.

EA reintroduced its basketball title this year with NBA Live 18 and it, of course, comes with a compelling story-mode that had me pretty amped-up by the time I finished the demo. The game made me want to know what happened to those characters next. I became an invested player and my shooting guard character was as real to me as any ranger or wizard I’ve ever played.

Each of these titles feature statistics-heavy, experience-based character progression, increasing difficulty, randomized encounters, and an evolving game-world. These games have stories that hold true to standard RPG tropes, complete with relationships and villains. Fictional characters are woven throughout the story modes of Madden, FIFA, and NBA 2K18 to excellent effect.

Sports games have evolved into some of the best single-player RPGs out there, no matter what criteria you use to define the genre. If you’re looking for an expansive open-world, look no further than NBA2k18 and its “Run The Neighborhood” campaign-mode. Those who want a more dramatic experience will find it with “Longshot” in Madden 18 or “The Journey: Hunter Returns” in FIFA 18.

Where sports games really shine is in the details — there are entire gaming communities dedicated to tweaking sliders and creating fan-made graphics. Most of this year’s crop of sports games feature customization in the form of player-created teams and players, or building your own basketball court and decorating it with unlockables. You’d be hard pressed to find a console-rpg with the same amount of customization and attention to detail — Disgaea comes to mind. Environments are rendered in greater detail in most sports games than they are for Hollywood blockbusters.

In other modes, sports games are collectible card games with RPG characters that gain experience, level up, attach equipment, and require resources to deploy and use. There are meta-games, live-opponents, and real-world tournaments featuring cash prizes, which make them well-suited for MOBA fans, and every sports title features real-time strategy in a persistent world.

Sports games also have a leg up on other genres in terms of production value. While Skyrim may have sold 60 million copies over a period of six years thanks to multiple rereleases, NBA2K can nonchalantly ship 8 million titles every year, and this affords it the ability to hire Spike Lee to direct one of its titles and Jay-Z as an executive producer on another.

Every sports game also gains the benefit of decades of televised sports broadcasts defining the best way to capture drama in sports. These games are built from the ground up to excite you and make you feel like a superstar athlete, and the people making them are really going for it with the latest versions.

Any gamer who wants to play a game where your decisions matter should check out any of this year’s major sports titles. In the past week I’ve been able to give Colin Kaepernick a job, I got into a bit of friendly trash-talk with Dwayne Wade, and I found out that I have no idea how to play soccer — but I know Alex Hunter needs a better agent.

There’s no more immersive experience for RPG-gamers than the current crop of sports games, in my opinion. If you can get into the deep rules and complex experience systems you might just find yourself abandoning Skyrim for Madden — but why not play both?