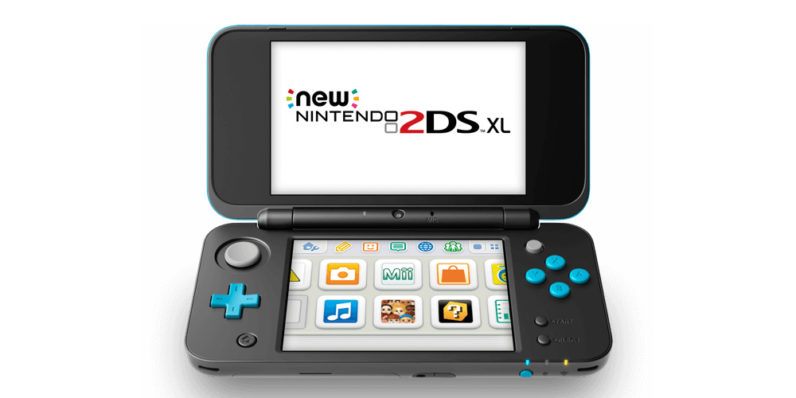 Not to be distracted by the success of its Switch console, Nintendo has just added the new 2DS XL to its lineup of portable gaming systems.

The device offers 2D gameplay across two large screens that are the same size as those on the 3DS XL, and comes with the same processing power as well. Plus, it adds a new C-stick control for things like camera angles above the ABXY buttons, a step up from the standard 2DS.

It also comes with support for Amiibo figures and cards, thanks to a built-in NFC chip. The 2DS XL, decked out in black and turquoise, supports all DS games, as well as first-gen and New 3DS games in 2D – meaning that its game library spans over a thousand titles.

The new 2DS XL will go on sale in the US for $150 on July 28. At that price, it’s more affordable than the $200 3DS XL and will make sense for players who want to get into the Nintendo universe on the cheap.

The arrival of the new device is timed to coincide with the launch of two new games, a Mii-based RPG of sorts called Miitopia and a side-scrolling adventure called Hey! Pikmin.

Read next: Apple is using the same Lexus model as Google's Waymo to test self-driving tech