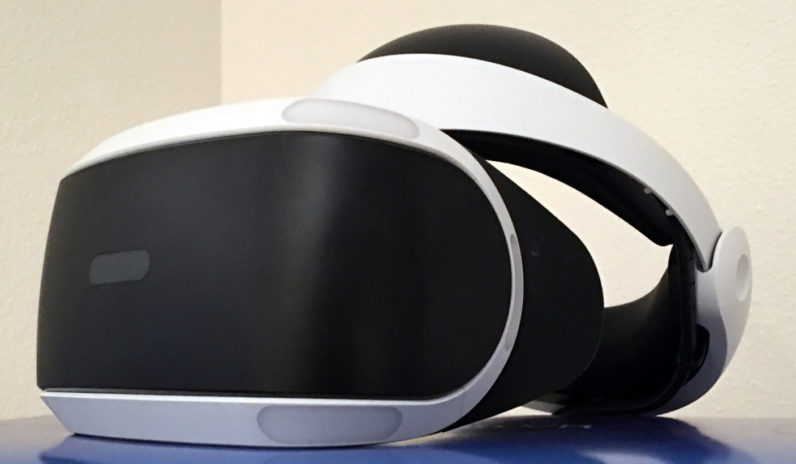 I was ecstatic when I first opened the box from Sony. I knew that inside, waiting for me, was the single piece of technology that could do more for the mainstreaming of virtual reality than anything we’ve seen to date.

I opened it, navigated a mess of wires, connected it to my home theater receiver (and the PlayStation) and then leapt for joy as my demo disc loaded. About 30 minutes into curb stomping bad guys and driving it like I stole it, I started to feel sick. Like, really sick. Lay down and rest sick.

Nausea while playing games in VR is relatively common. I’ve experienced it before, and I knew it was time to call it quits for the day.

On the plus side, it gave me some time to reflect on what I’d just seen.

PlayStation VR isn’t a huge leap in terms of design. It’s actually sort of vanilla in its overall appeal and looks a lot like most of its competitors. There are, however, some smart design decisions that come into play that might not be immediately apparent.

For one, the band. Using a single button to loosen and a rotary knob to tighten makes putting it on and removing it a quick and painless process. An additional button under the viewer to adjust the lenses forward and backward allow further customizability to ensure a tight fit, without being restricting enough to leave marks on your face.

Being able to keep the main band loose while bringing the viewer closer to your face with a separate adjustment was a smart choice, and one that makes this easily the most comfortable headset I’ve donned to date.

Another smart choice was the dome-shaped front. Rather than resting on a small portion of your forehead, the padded dome distributes weight evenly, leading to a snug fit without ever feeling constricting.

Inside the viewer, you’ll find 5.7-inch OLED screens for each eye. The overall resolution of 1080p measures out to about 960 x 1080 for each eye, which is adequate but not game-changing. VR won’t be truly spectacular until we manage to squeeze resolutions of 4K and higher into the viewfinder.

Further down, you’ll find a volume and power controller with an attached headphone jack. PlayStation VR delivers superb sound quality through the use of 3D audio and a tiny pair of ear buds. You also have the option to use your own headphones, although anything larger than an earbud is probably going to make the headset too heavy.

Sony’s VR offering is as plug-and-play as virtual reality comes.

It’s a game-changer, but not how you might think

PlayStation VR is a huge leap in virtual reality. For Sony though, the leap could just as easily be off the face of a cliff should the hardware fail to deliver. As with most things, the key to mainstreaming is putting it in the hands of the masses, a move simplified by integrating the headset with the most popular gaming console on the market.

Unlike Oculus, HTC, and others, Sony didn’t have modest consumer expectations. While Oculus was widely considered a game-changer, and one of the most-anticipated pieces of technology in the past decade, its founders knew initial appeal would be limited to a small subset of geeks.

Let’s cut to the chase; Sony isn’t going to dethrone Oculus or HTC. It’s not an apples-to-apples contest, and in all honesty it’d be unfair to even make the comparison. We’re going to do it anyway.

PlayStation VR falls short in just about every statistical category to either of the top virtual reality headsets — the Oculus Rift or the HTC Vive. Resolution, for example, falls short of Oculus and HTC at 960 x 1080 (per eye) versus 1080 x 1200 (per eye) on both others. The field of view is also slightly limited, clocking in at 100 degrees as opposed to 110. Even in terms of weight, it’s a bit heavy at 1.34 pounds compared to 1.03 (Oculus) and 1.22 pounds (HTC).

That said, you might be surprised to find out how little any of its shortcomings matter in the grander scheme of things.

They say the best camera in the world is the one you have with you; the same can be said of PlayStation VR.

Being able to skip the $1,200+ gaming rig and plug $399 worth of hardware into your existing console is nothing short of game-changing. Unlike Oculus and HTC ($599 and $799 respectively) — both of which require some rather exceptional PC specs to run — the PlayStation VR allows consumers to purchase $399 worth of hardware and start gaming in virtual reality almost immediately.

HTC and Oculus, on the other hand, are pricing people out of the market before either of them slap a hefty price tag on their respective headsets.

Availability, in this case, trumps specification.

Nothing matters but the experience

Knowing the hardware specs going into this review, I was skeptical that Sony could deliver at the same level as other major players in the space. I feared this would be this generation’s version of the Nintendo Virtual Boy in the 90s: A cool concept, but one that failed to execute so badly that it’s best forgotten entirely.

Unlike PC-based headsets, or (gasp) VR viewers like Google Cardboard, the integration is so seamless it’s almost Apple-like in its execution. Experience matters and as it turns out, it’s far easier to control this when you develop the hardware, software, and device the headset plugs into.

Not everything is a major win, but there are enough significant leaps in its first go-round that its minor shortcomings are easily forgivable. Sony has some ground to make up on specs, and while touching the resolution numbers of HTC or Oculus would be nice, lowering the latency even further would help to reduce the nausea-inducing effects of VR gameplay. If you’re prone to motion sickness, as I am, it’s best to take frequent breaks.

If I’m being choosy, I’d also ask for better ventilation in the headset (it gets sweaty in there), and fewer wires. Being an experiential affair, it’s all about getting lost in the moment. Stepping on, or tripping over, a wire is a sure-fire way to remind you that you really aren’t Batman, no matter what the face in the mirror looks like.

But at the end of the day, having tried them all (at least the headsets from major players), I can confidently say that the experience offered by Sony surpasses any other on the market today and offers a huge win for the VR industry as a whole.

Read next: Amazon bundles 1,000+ books and magazines into your Prime subscriptions