This article was published on September 30, 2016

Sony’s highly-anticipated headset has arrived at TNW. A full two-and-a-half years after it made its trade show debut, the headset is currently here, and fully functional.

We’ve got a full review coming soon, but for now, let’s just marvel in how sleek this thing is.

For its part, Sony truly delivered a work of art. The headset is beautiful to look at.

The front features a sleek design with a single button under the lenses. The button, as well as an additional one on the rear, allow the user to fine-tune the fit so that the band and the distance from face to lens both rest comfortably on your head. The PlayStation VR is light, while remaining snug, all without the pinching on the nose of some VR headsets. In fact, it doesn’t rest on your nose at all.

Instead, the band has a dome-shaped headrest at front, which is where you’ll feel most of the pressure. Pressure is probably too strong of a word, as there really isn’t much to speak of.

As far as wearability, this thing is slick.

Inside, you’ll find two 1080p lenses, one for each eye, that provide the VR experience. The mask itself is fitted with a rubbery material to keep out light, and it too rests comfortably on your head, rather than providing suction-like effect of goggles. When fitted properly, it’s completely dark, and still comfortable to wear, breathable and light. 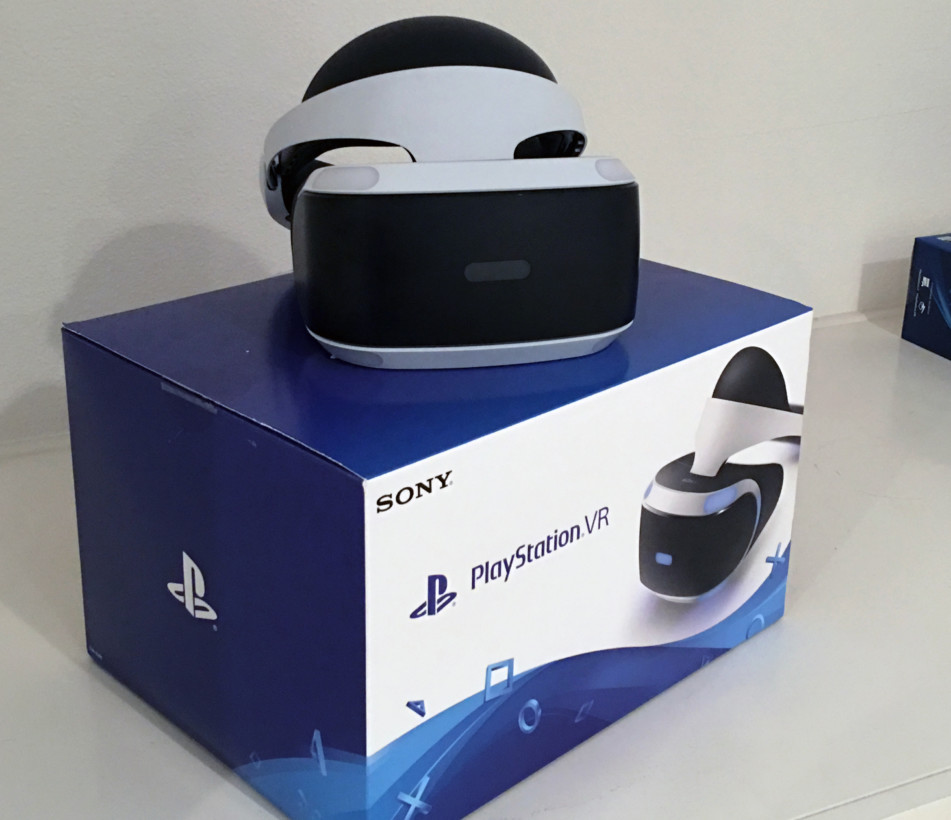 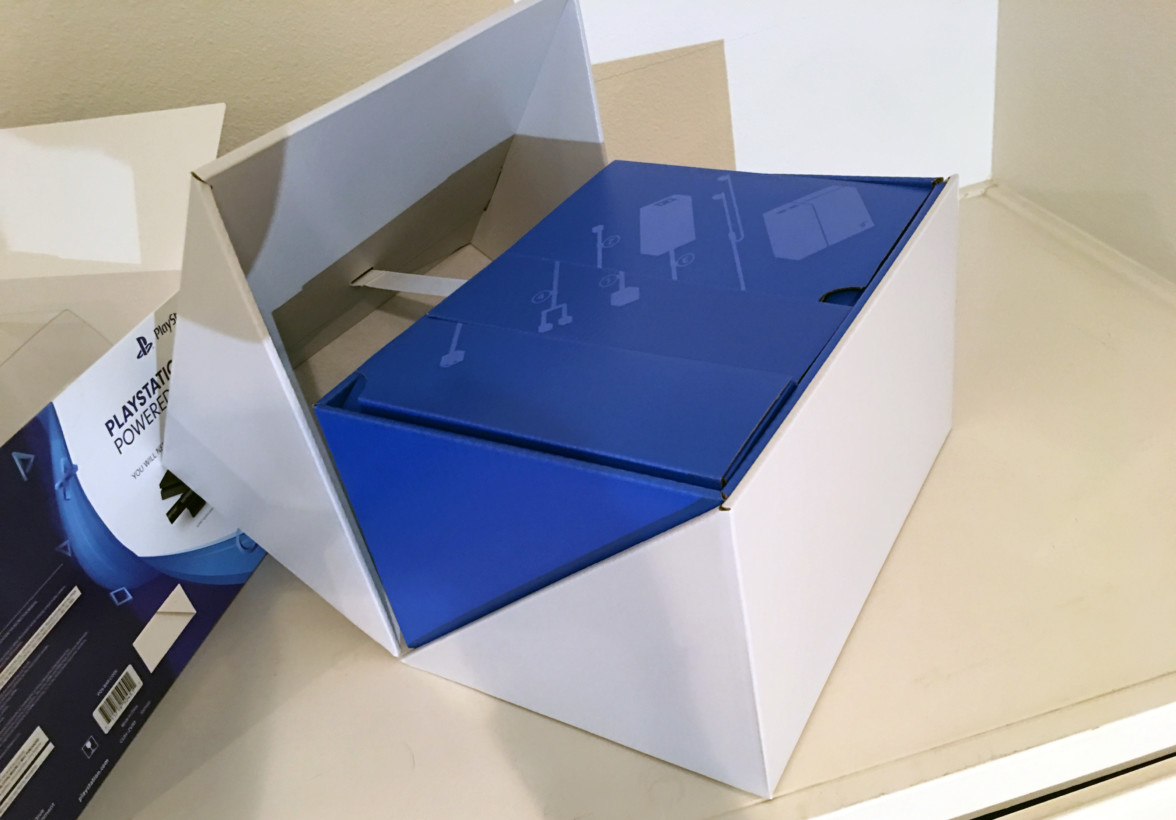 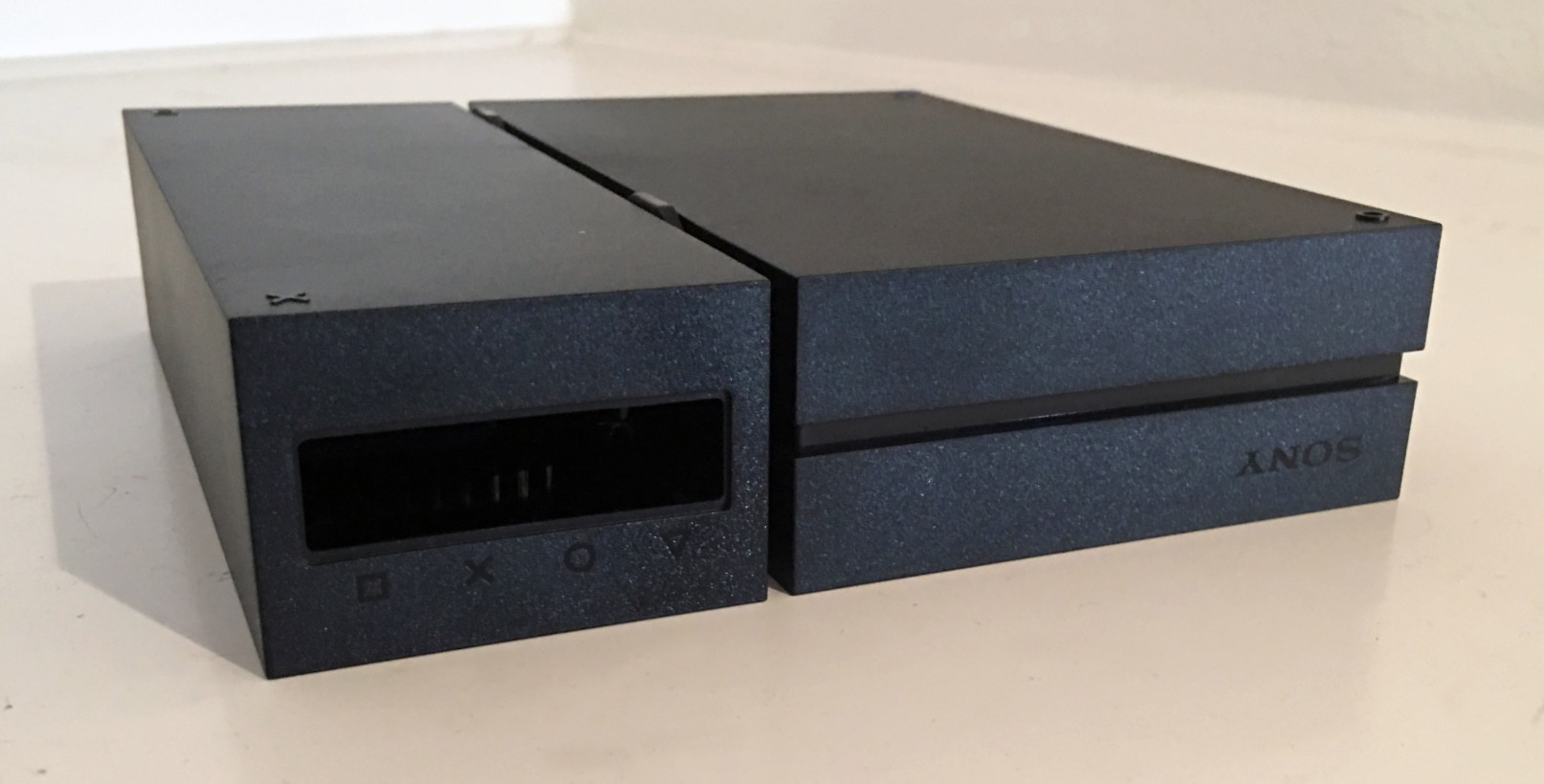 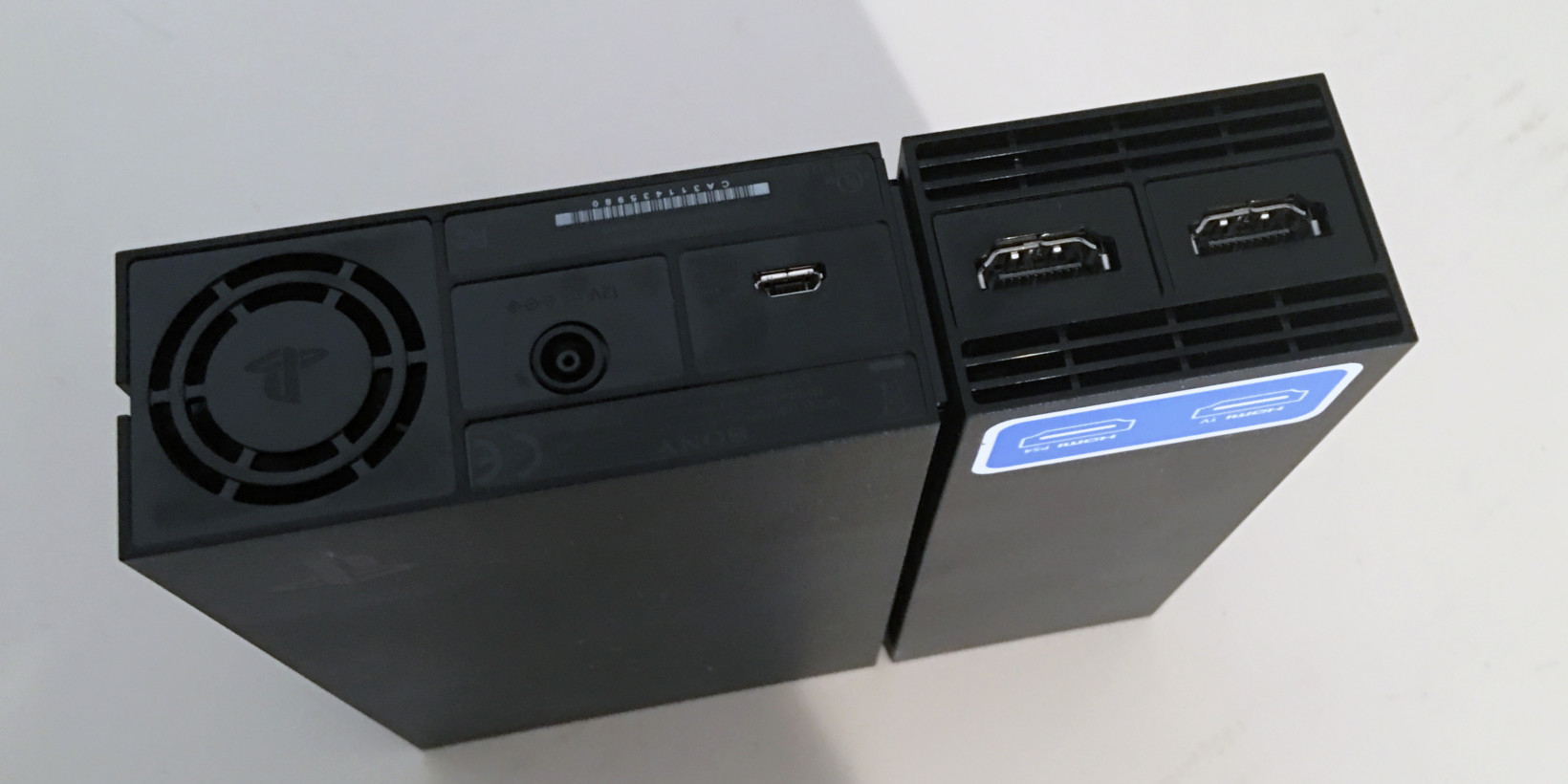 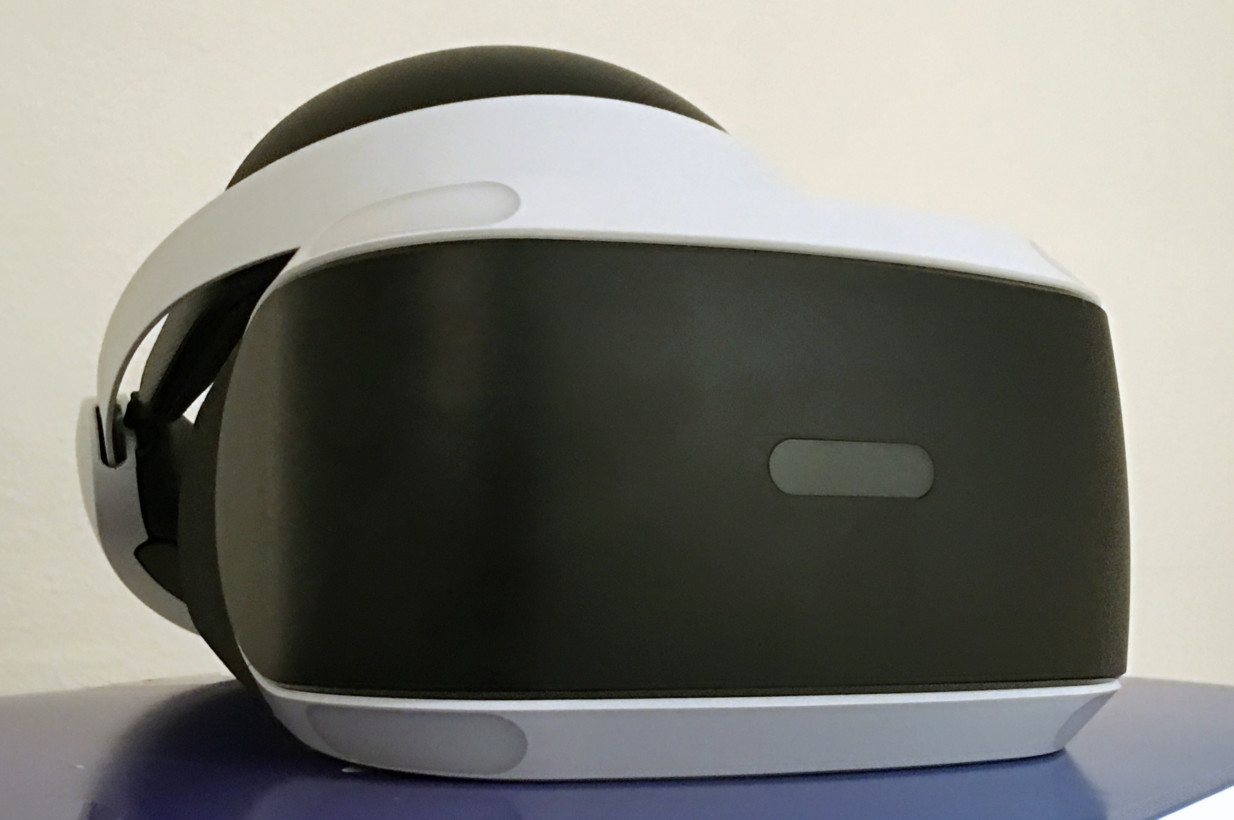 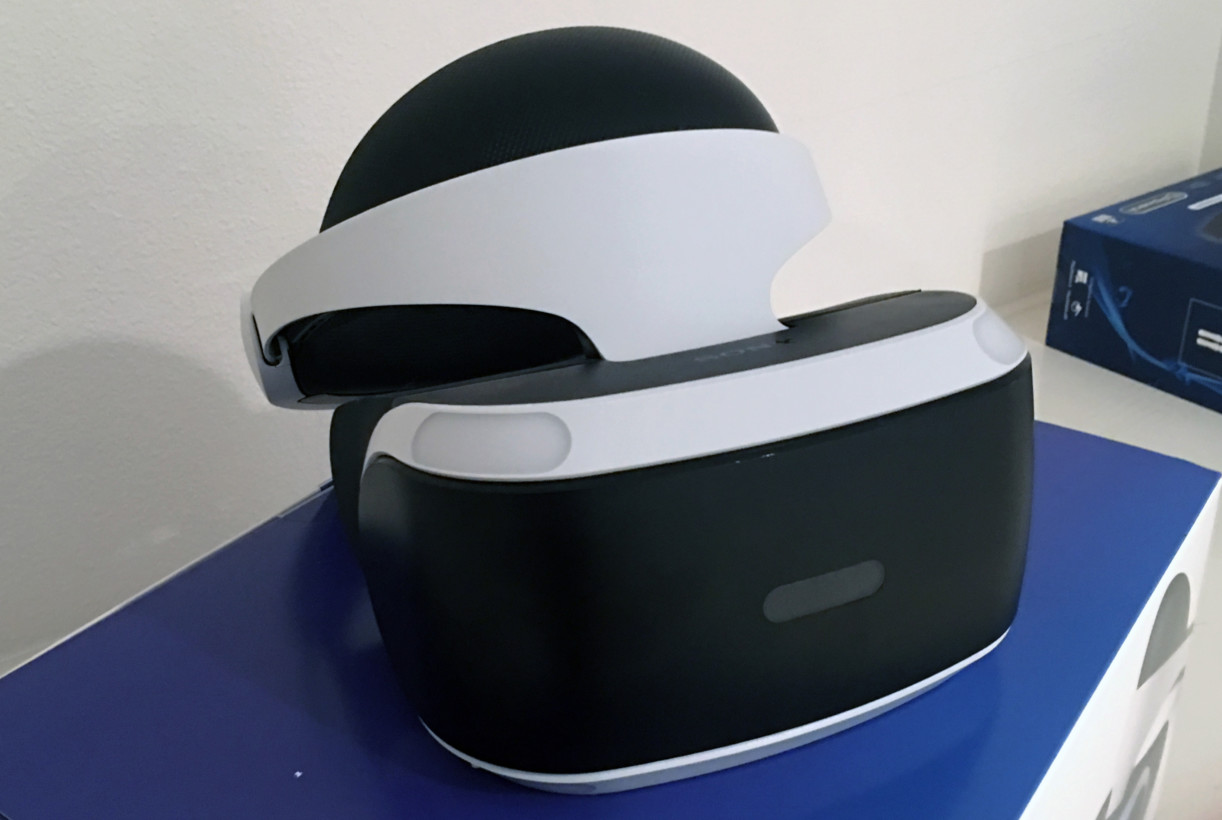 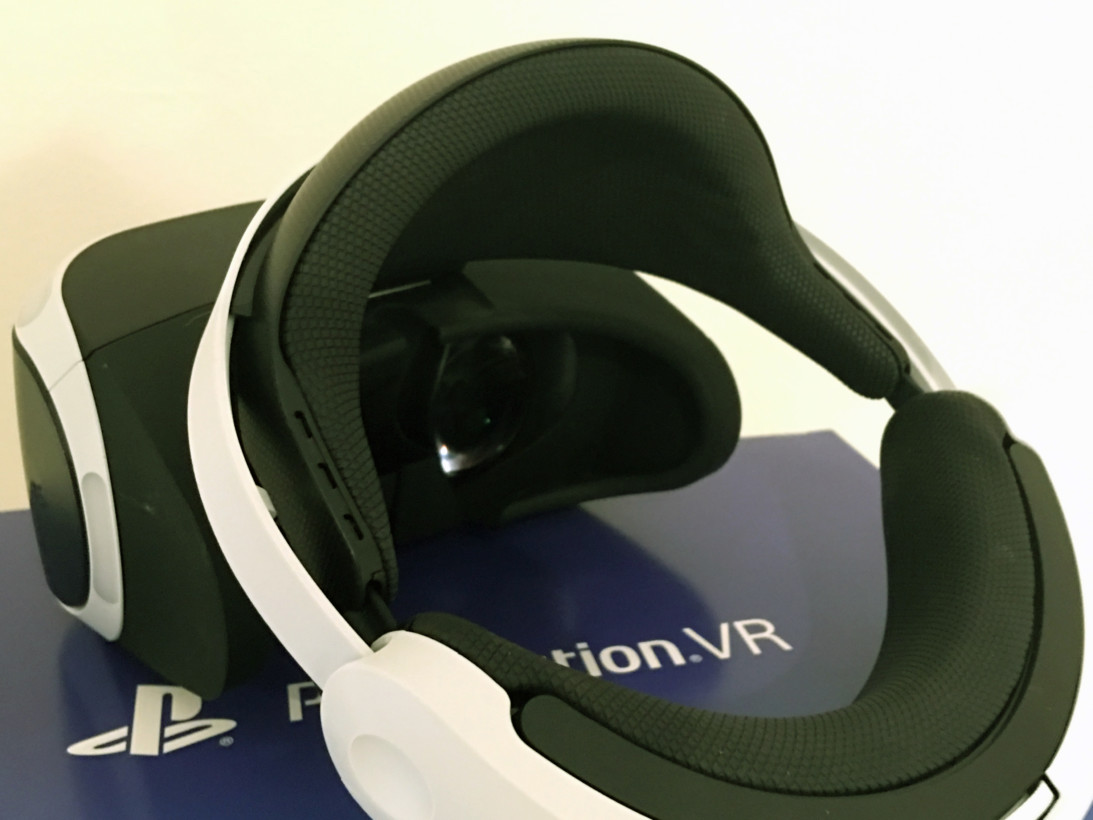 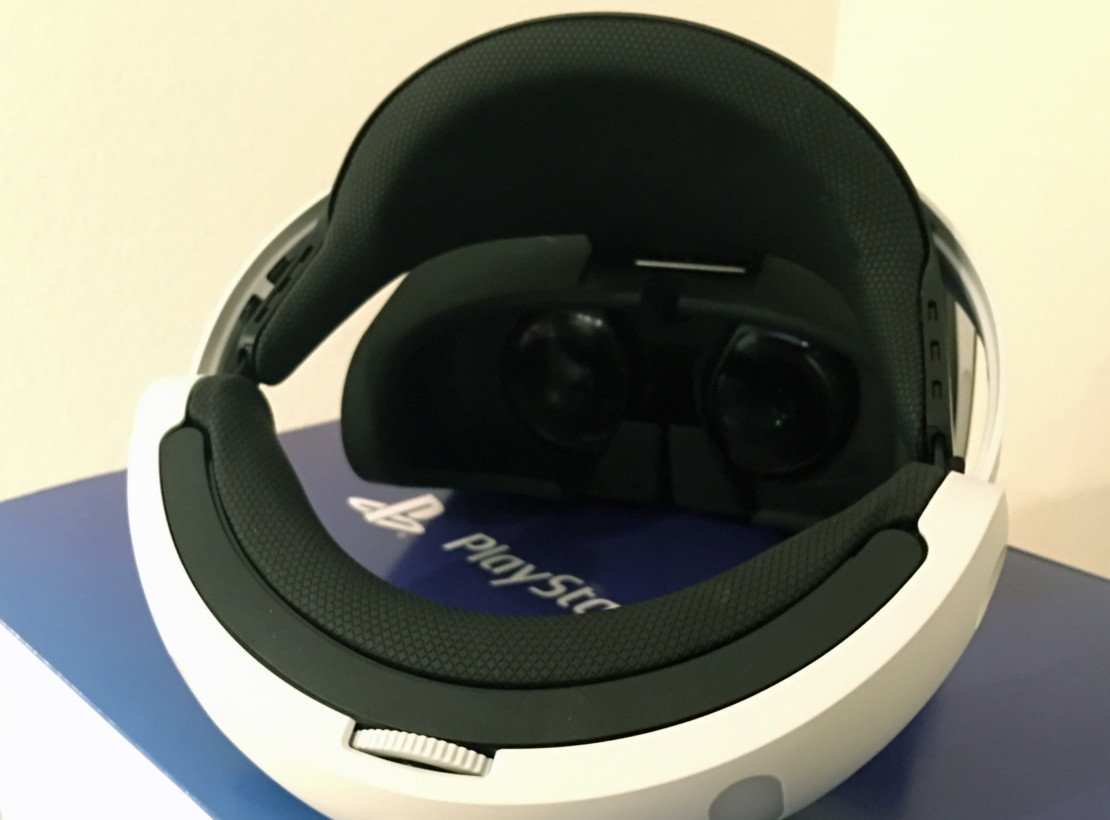 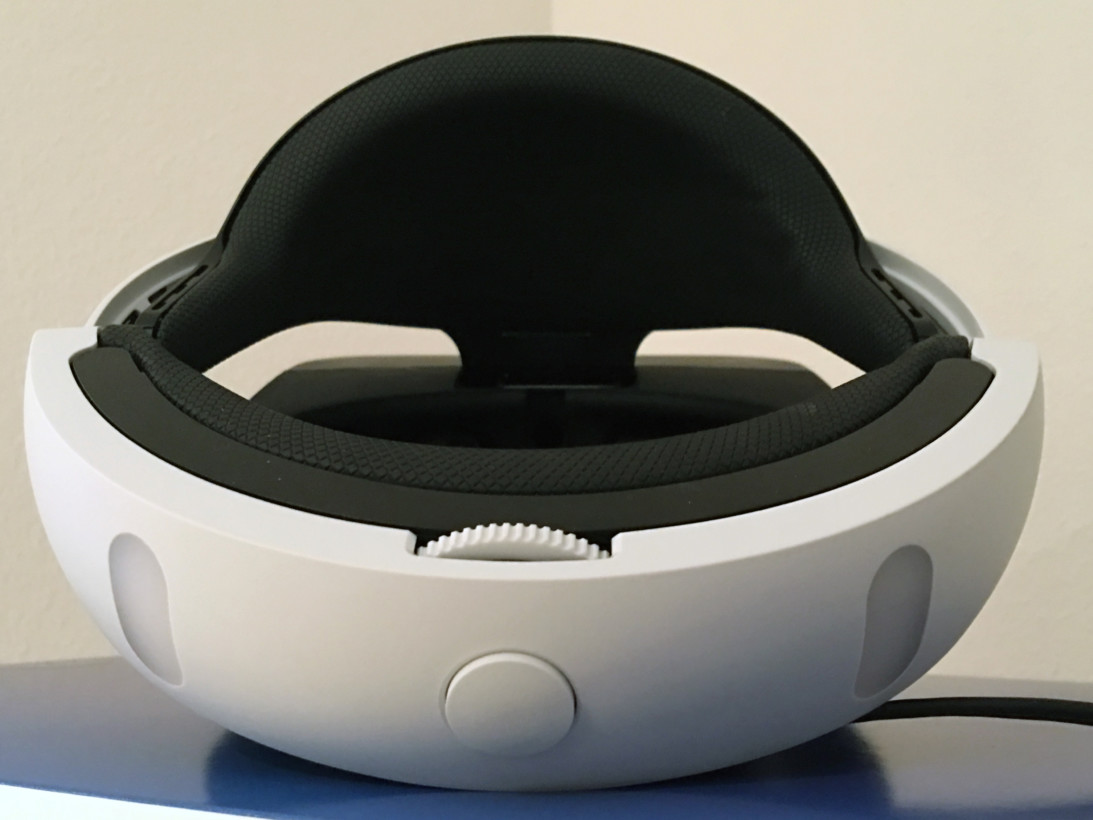 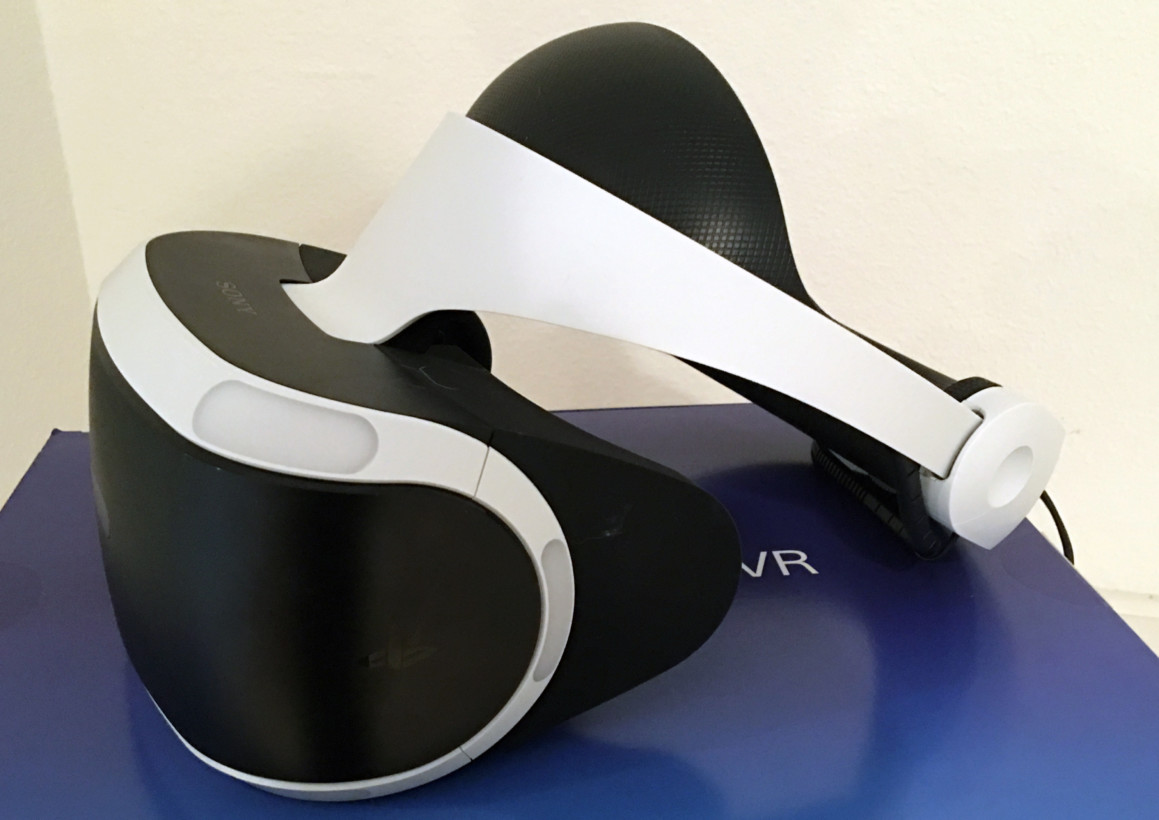 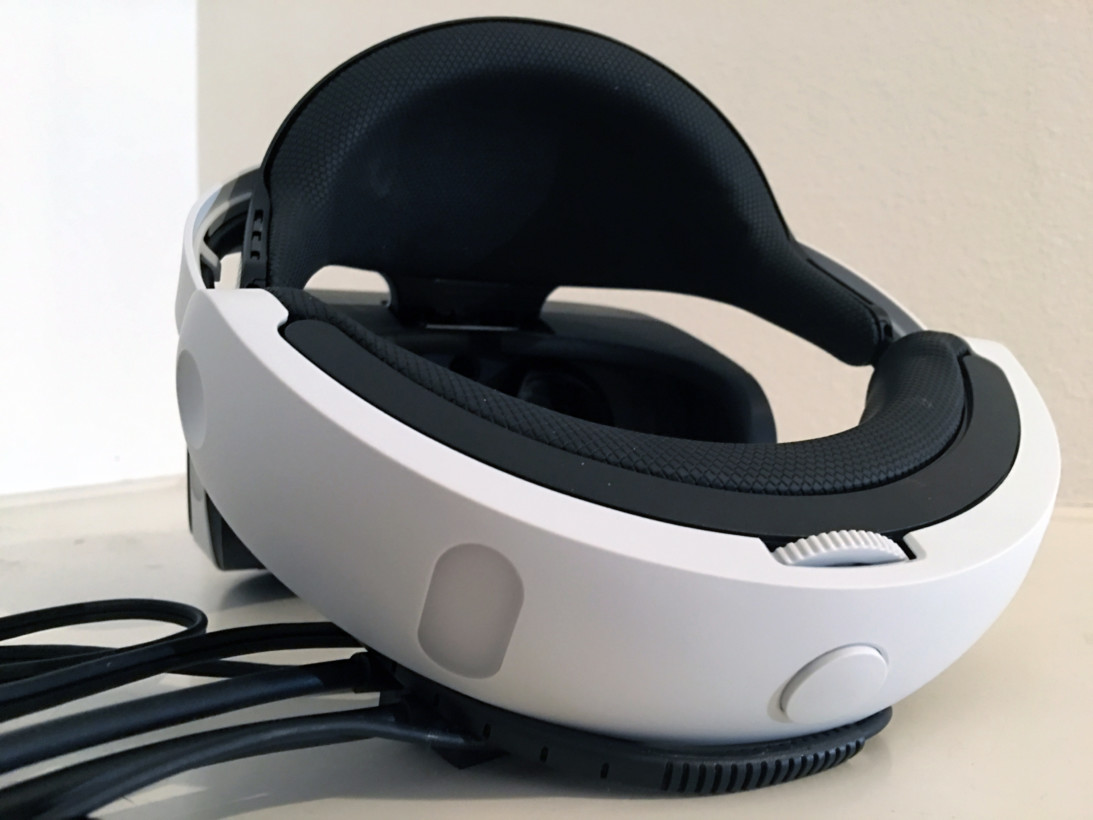 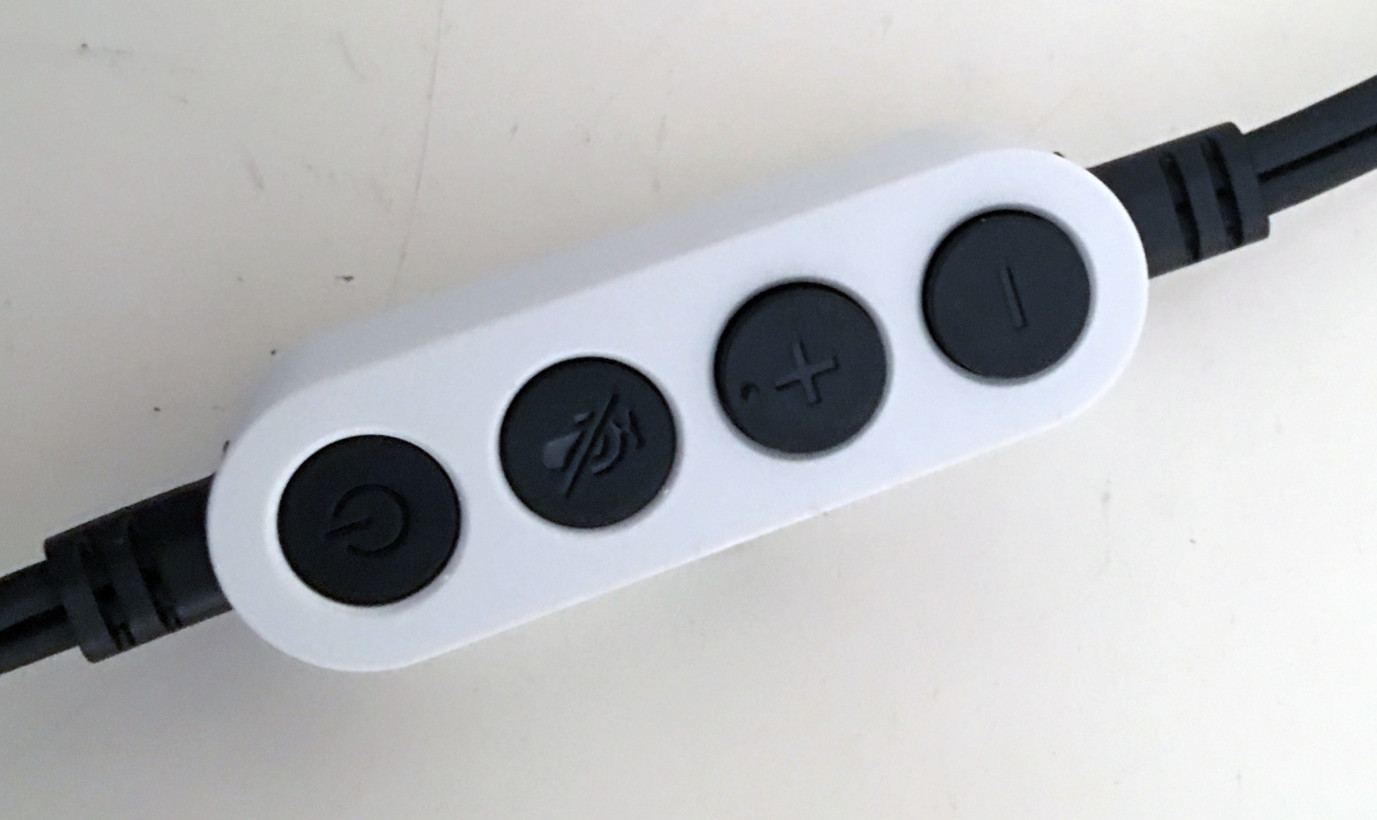 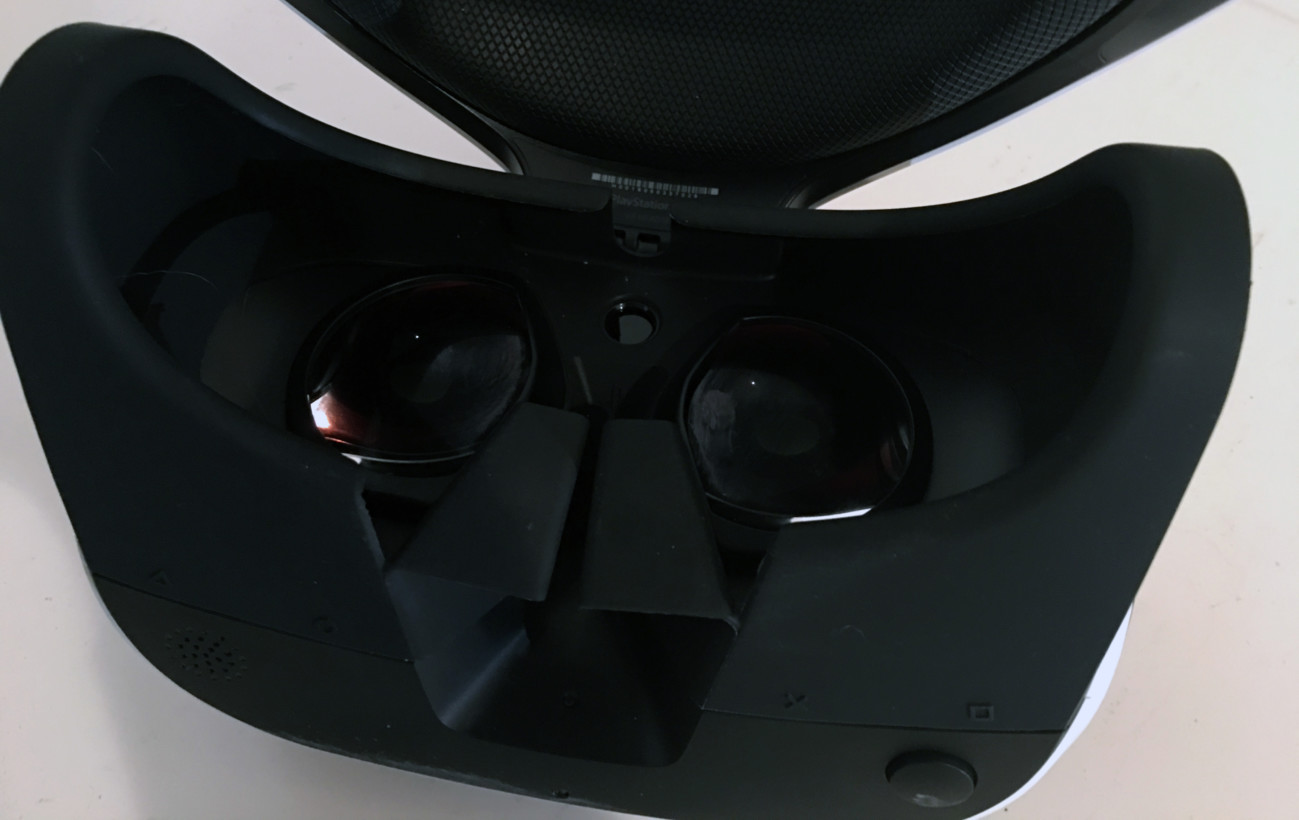 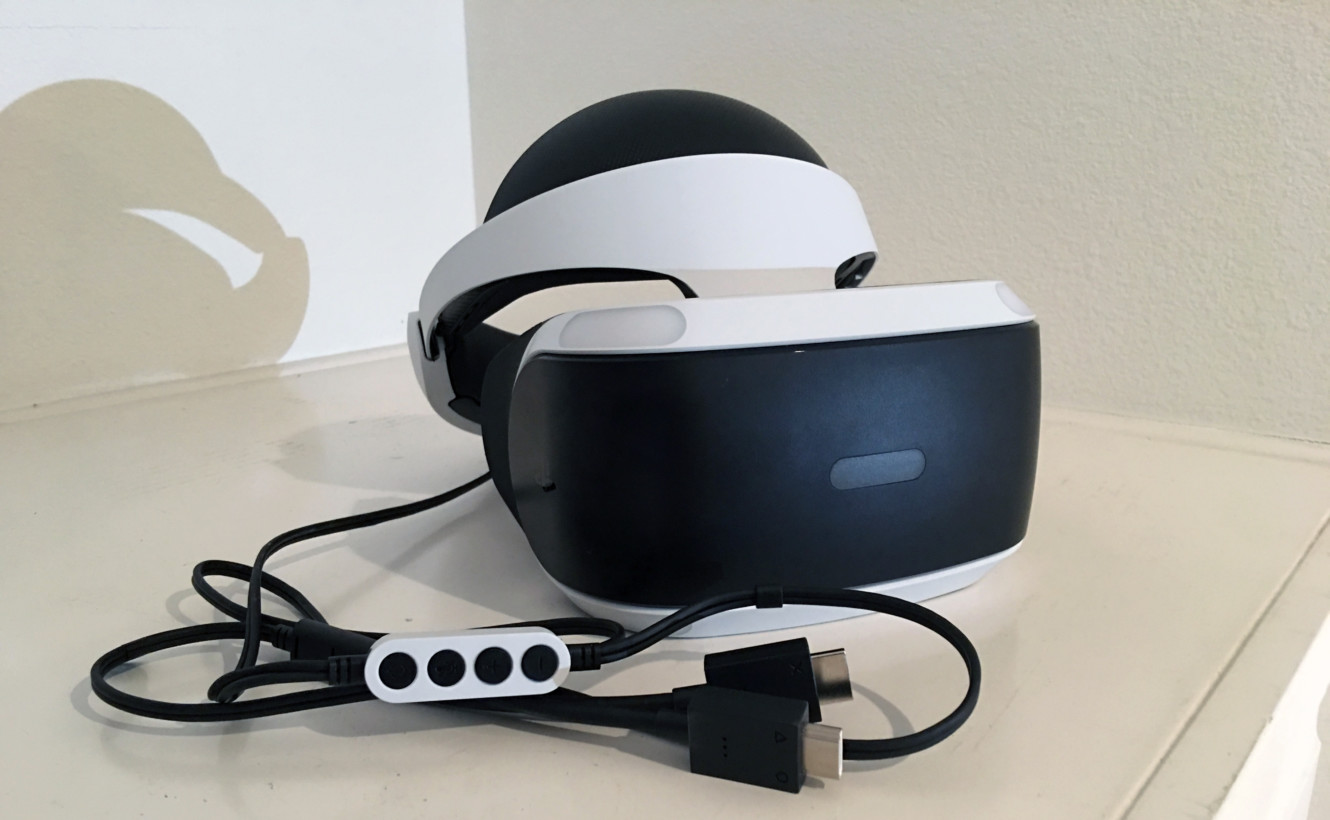 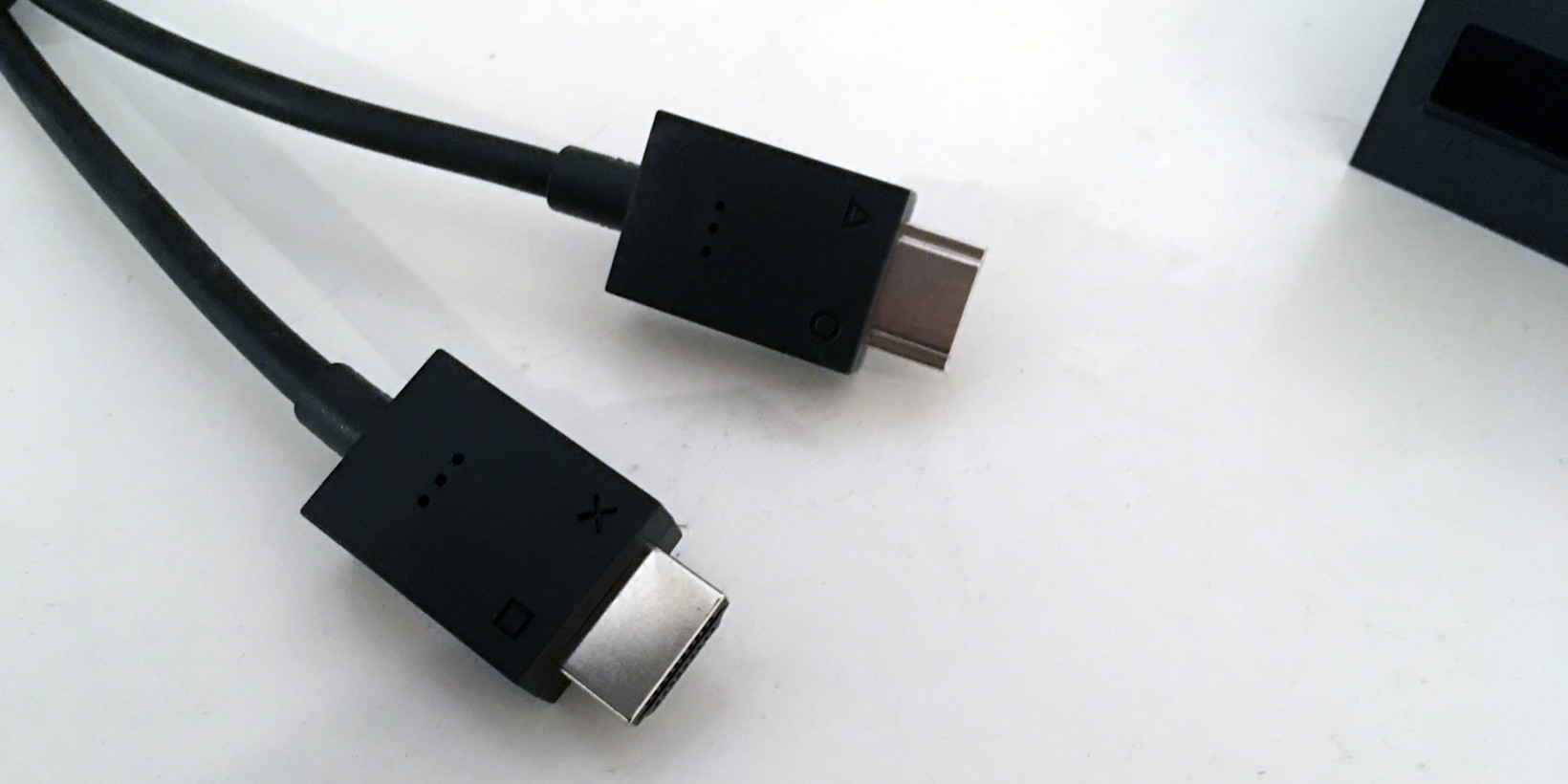 If there’s a downfall, and it’s not much of one, it’s that it seems Sony fell in love with wires. There is a single wire to connect the headset to a box, a sort of mini-Playstation-looking contraption that has HDMI ports for each of the two lenses. On the back, you’ll find an AC power adapter, a USB plug to connect it to the console, and two more HDMI ports — one that connects the box to the console, the other that goes from the box to your television, if you want to use it as a separate display.

Add to that the headphones, and you’ve got more wires than I typically like to deal with.

It’s comfortable though. It breathes, and the dome shape on top helps it to feel snug on your head without much, if any, pressure to your temple.

I can’t wait to dive in.