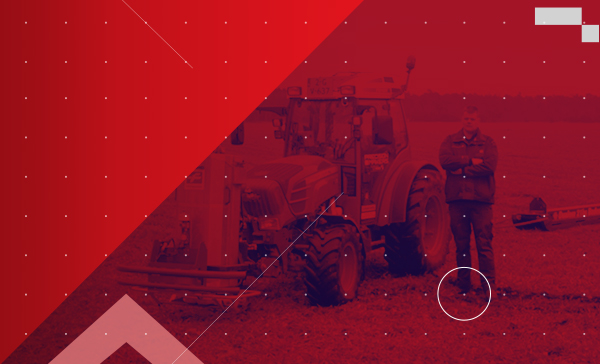 From an early age on, Dutch potato farmer Jacob van den Borne was fascinated by technology. That fascination never left. In fact, he now runs one of the world’s most advanced potato farms.

Using huge amounts of data collected by all kinds of different sensors, van den Borne manages to use his land more efficiently than most other potato farms. He knows exactly which piece of soil needs more nutrients, where pests are eating leaves, or which plants aren’t getting enough sunlight – and acts accordingly.

The third-generation farm is like a testing ground for technology that has been repurposed for use in agriculture. Because he’s such an outspoken advocate for so-called precision farming, scientists and other agricultural innovators know who to reach out to when they have some cool idea they’d like to test.

Contrary to what one might assume, Jacob really believes using all this technology brings him closer to how his great grandfather used to work the land. It’s putting him back in touch with nature, allowing him to develop relationships on the level of individual plants.

Thanks to his sensors, and the stack of data analytics tools that he uses, he can be exactly where he needs to be, when he needs to be there.

And the best thing: He’s not afraid to share his knowledge. Jacob actually preaches the use of technology in agriculture – which is probably why some people call him ‘the pope of precision farming.’

Check out the video above to find out more.