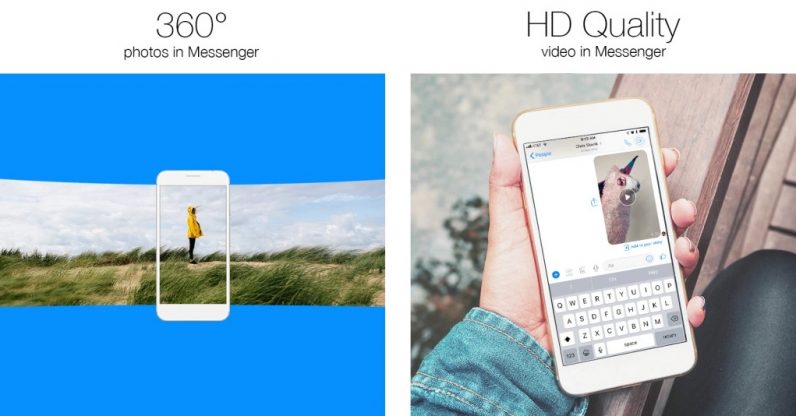 If you’ve been dying to send your contacts sweet HD videos, then you’ll be happy to learn Facebook is finally improving the quality of pictures and videos you fire off onMessenger. Now you can feel free to bombard your friends with all the 360 photos they can handle.

For those of you who want to use the feature, it works the way you’d expect: to take a 360 photo, you hold up your phone and spin around, and then send it via Messenger. HD videos can be shared from your phone’s saved videos or from your Newsfeed.

There is one caveat for HD video enthusiasts:according to Facebook, you can only send and receive videos in 720p. For those of you used to 1080p goodness, you may be in for a disappointment.

These updates go hand in hand with other improvements Facebook has been rolling out to Messenger recently. For example, it officially upgraded photo sharing to 4k last November,  Though this new update presents the same difficulty that the previous one did — namely that you need to have a phone capable of taking HD video or the aforementioned 4K photos before you can send them out to anyone on Messenger.

Still, if you do have one of those phones — and judging by the advances in cameras on even basic iPhones or Android devices, we’ll all have one of these phones in short order — then Messenger is making sure anything you send won’t end up looking like a grainy, pixelated mess.

With 360 Degree Photos and HD Quality Video, Messenger Gets Even More Visual on Facebook