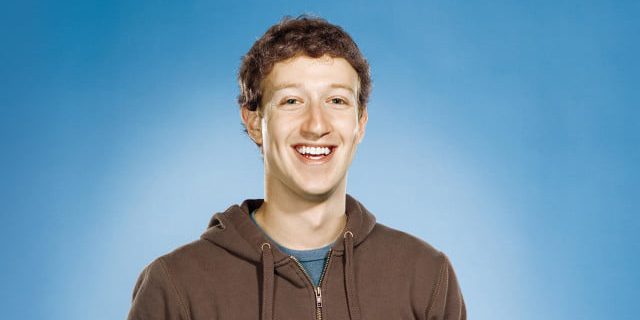 In post-dot com era Silicon Valley, Zuckerberg was the poster child for all things bro culture. The flip-flop clad, hoodie-wearing savant was thrust into the spotlight in his early 20s, and with his rise to fame came elements of toxic culture we didn’t yet understand: playing fast and loose with the rules, lack of loyalty (or females and minorities for that matter) in the ranks, and the “move fast and break things” mantra that’s come to define Silicon Valley.

Zuckerberg was, for all intents and purposes, Travis Kalanick — a man of astute mind, who was arguably better leading from the sidelines rather than the front line.

The similarities are everywhere. Both have faced PR disasters and legal trouble; both have been accused of stealing intellectual property; and both have been chided by media as everything that’s wrong with the current tech climate. It’s not worth rehashing each company’s respective missteps, but suffice it to say — they look strikingly similar.

The only thing lacking is a movie detailing Kalanick’s rise to fame. Or, maybe a painfully awkward interview with Sarah Lacy.

Zuckerberg, like many near-instant billionaires, took on a sort of God complex in which he — and Facebook’s top brass — ran the company as if growth were all that mattered. Nothing stood in his way, and in his quest for world domination he showed us as much by playing with our emotions, thumbing his nose at government regulation, and attempting to smear Google through a shady PR campaign.

One could argue both of these statements are true to this day.

But you could just as easily argue the opposite. That’s the thing about Zuckerberg: he’s either become very good at convincing us that he’s righted the ship, or he’s actually righted it. Which is true? Your guess is as good as mine, but a noticeable lack of frat boys doing keg stands, and an increased focus on making the world a better place seems to suggest self-improvement.

It didn’t happen overnight. In fact, it might not have happened at all had Zuckerberg not surrounded himself with the right people. Silicon Valley icons like Bill Gates, Sheryl Sandberg, and Steve Jobs came to Zuckerberg’s rescue in those early years.

Without them, you have to wonder whether we’d be telling a different story today.

Around this time, Zuckerberg also started to hold himself accountable. He made public declarations of future goals, and admitted many of his past mistakes. He brushed up on his people skills, putting himself front-and-center as the face of the company — a spotlight he was never comfortable standing under previously. He got married, had a child, and all the while continued to set ever more far-flung goals in what became his new obsession: improving the world.

What else do you do when you’re worth an estimated $63 billion?

In Zuckerberg’s case, you give it away.

For Kalanick, the story — at least so far — has a different ending. While Zuckerberg is widely respected and has come into his own as one of the great tech CEOs in history, Kalanick today left his company under pressure from its board after years of mismanagement.

But if Zuckerberg showed us anything, it’s this: there’s always a path to redemption, even for Kalanick.

Read next: 5 ways to mitigate billions of ad fraud problems