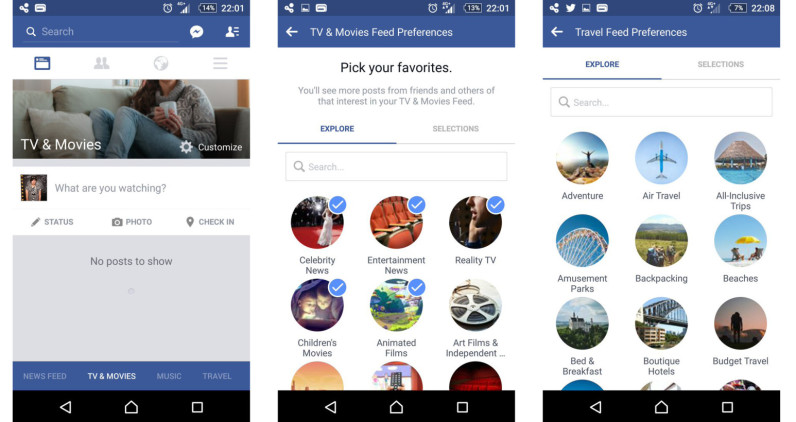 If your Facebook news feed is feeling a bit cluttered these days, you wouldn’t be the first to think so. In fact, it seems Facebook might make it possible for you to separate your feed out by categories.

In a test, some Facebook mobile app users are seeing their news feed separated by categories, such as travel, music, TV and movies, food, and science. You can also customize the specific news you want to see under those categories, such as animated films or reality TV under the entertainment category.

The amount of things available for you to customize with seem almost as diverse as the stuff you can add to your news feed ad preferences.

If you don’t swipe through to see the other categories, posts that show up on your news feed appear with tags under the title as well.

Facebook tests a lot of new UI changes, so if the feature ends up rolling out widely it may not look exactly like it does now. And when it does, hopefully Facebook has figured out what the deal is with its curation team.