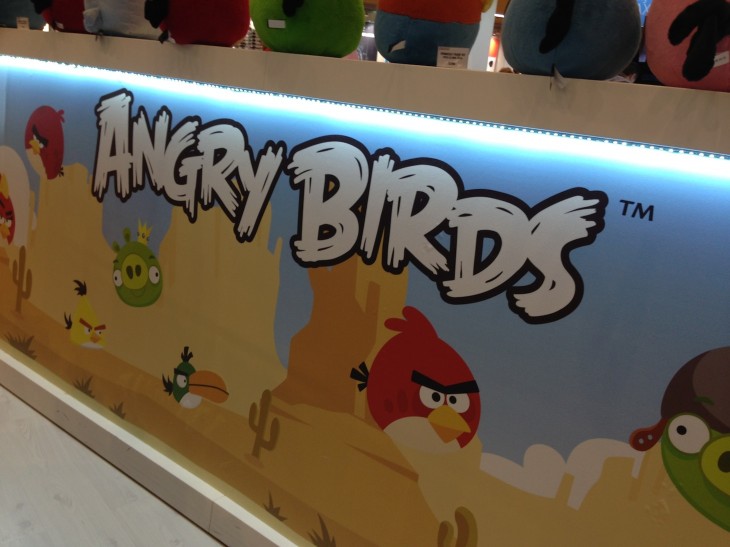 Rovio Entertainment had hinted it was coming soon, and here it is now, albeit in beta: get ready to start wasting time playing Angry Birds Star Wars, the latest edition of the popular casual puzzle game, on Facebook.

May the birds be with you.

Rovio CMO and ‘Mighty Eagle’ Peter Vesterbacka tweeted a link to the Facebook game this morning, but the company has yet to announce it to its – whopping – 22.6 million fans on the social network.

Likely, Rovio wants to have the brand new Facebook game tested by a limited number of users before making a lot of noise about it.

You can find more screenshots below.

Rovio is considered to be a mobile game maker first and foremost, but it also creates games for PCs, consoles, and Facebook.

The Angry Birds Star Wars beta app for Facebook is only its second game on the popular social networking service, however, after debuting Angry Birds Friends back in February 2012.

According to AppData, Angry Birds Friends is keeping over 11 million people busy on a monthly basis, with roughly 1.7 million playing daily.

Rovio will likely remove the beta tag from the Facebook version of Angry Birds Star Wars very soon, possible even in the course of next week, and as usual consistently add more levels and features as time progresses.

We’ll keep an eye on the numbers to see how the Facebook game fares.

In other news, Rovio just released a new Angry Birds holiday song and says it will donate the profits from downloads of the song to Save the Children and their efforts to establish clubs for school children in developing countries.