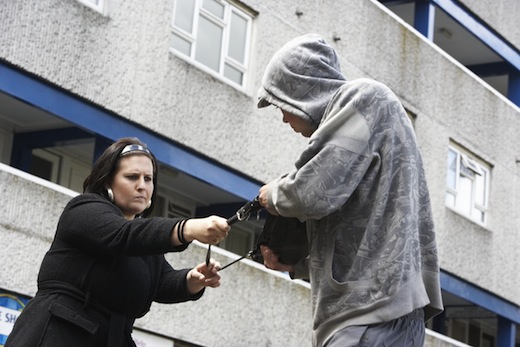 We’ve talked about how Facebook’s latest feature, dubbed ‘Find Friends Nearby’, may put the company at risk of “feature creep”. If it were up to New York-based location-based service provider Friendthem, that’s the least of FB’s problems.

We’ve received an email from Charles Sankowich, CEO of Friendthem, who claims Facebook is blatantly stealing their idea and ‘trademarked materials’.

Sankowich asserts that he told Facebook about his idea back in February 2012, notably months before the social network giant acquired fellow location-based app maker Glancee. Here’s a statement we received from him:

I was amazed on Sunday to read that Facebook is blatantly stealing our idea with what they are calling, “Find Friends Nearby.”

Facebook engineer Ryan Patterson claims the feature was born at a hackathon as “Friendshake,” but we believe they simply stole trademarked materials of Friendthem.com.

More than two years ago we trademarked “Friendthem” and have had tremendous success and exposure with this concept. Even their language is similar to what has been on our website for year’s now – “Friendthem is a location-based mobile app designed to help you make connections with people near you. Use the Friendthem app to follow up on missed connections for work and personal.

We are consulting attorneys and assuming this is true and expect to commence a lawsuit very shortly. One would think that Facebook would have learned to play fair after being through the mud previously with legal difficulties, but now they are doing it again.

We may not be billionaires but we are damn tough New York entrepreneurs, and we believe in this idea and will keep working to connect people.

We’ve reached out to Facebook but don’t expect them to respond with an official comment, given that this appears to be pure one-sided speculation at this point, and no lawsuit has actually been filed yet, tough entrepreneurs or not.

And even then, what would the lawsuit even be about? Friendthem doesn’t appear to own any related patents, and as far as I can tell only trademarked the name ‘FRIENDTHEM’ for a location-aware mobile app (which Facebook obviously isn’t using for its new feature). What exactly does Friendthem plan to allege?

As I’m sure you’re aware, you can’t simply “trademark an idea”, and it’s virtually impossible to prove Facebook ‘stole’ anything – unless there is strong evidence like emails and recorded conversations to prove it, which I highly doubt.

Furthermore, I find it hard to believe Friendthem truly revolutionized the location-based service space. In fact, I’ve never heard of the company, which may be part of the reason the startup is beating the drums now – as a publicity stunt.

Which would mean its strategy worked beautifully. Except it would make Friendthem seem just a little too desperate for attention. 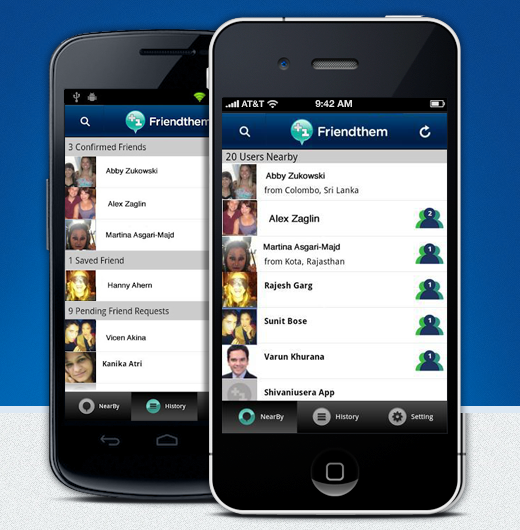 Read next: YouTube's top 3 partners generate 1 billion streams per month in the US, Vevo leads the way