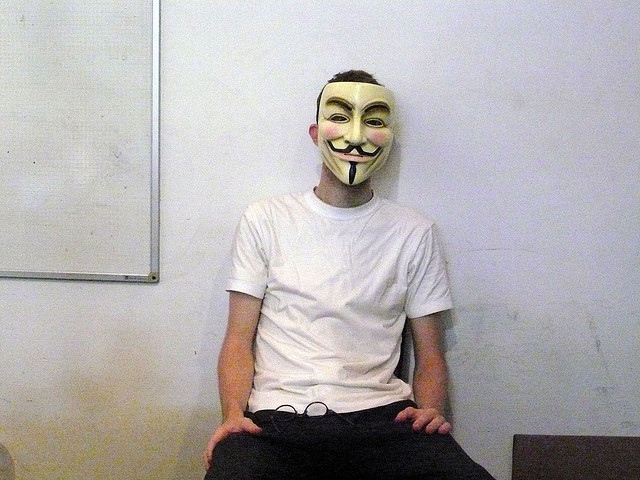 The “hacktivist” group Anonymous, which took down various government and media sites last week in protest of Megaupload’s takedown and arrests has a new site in its crosshairs, Facebook.

In a video posted today, Anonymous says that it fully intends on bringing down the social networking giant on January 28th at 12 AM:

Our first target… Facebook… While it is true that facebook has at least 60,000 servers… It is still possible to bring it down

While I can appreciate any effort that can bring thousands together to make an important voice heard on the war against maintaining our freedom on the Internet, I have to say that this latest effort seems more like trash-talking than it does a real meaningful campaign.

With very few people understanding what actually went on with the Megaupload case, which was two years in the making, Anonymous was able to take advantage of those who wanted to belong to something, anything. While I don’t condone the attacks on government websites, it was definitely a campaign to remember, and it left a lasting impression on those who supported proposed acts like SOPA, PIPA, and ACTA. Basically, the message from Anonymous was heard loud and clear.

However, I’m going to go out on a ledge and say there are many reasons why these latest efforts from Anonymous are not only misguided, but have no chance of becoming a reality.

You have to remember that Facebook has a culture of hacking. The notion of “hackatons” at the company aren’t just for show or feature films, its developers and engineers eat, sleep, and dream code. When you have a culture that understands the guts of engineering, you must assume that Facebook have thought of what to do in the event of a DDoS attack.

Facebook has been building its infrastructure to near-perfection since Mark Zuckerberg started coding it himself from a dorm room in 2004 and has hired his staff to do the same ever since. In April 2011, we wrote about how the company employs security-minded people for things just like this:

To protect itself from possible compromise, Facebook employs internal whitehats to continually probe and test the security of its website. Engineers constantly monitor data, keeping an eye on machine crashes and look to see if user trends change, working to push out priority fixes with hours. On a typical day, engineers will push numerous updates each day, submitting feature additions/fixes with varying urgency levels.

Unlike the attacks on government websites like justice.gov, there is no real battle cry for people to join the ranks of Anonymous and carry out an attack like this. Watch the video below and see if you can find anything like the takedown of Megaupload that Anonymous can use to fuel any potential fire and angst against Facebook:

Back on November 5th of last year, many thought that Anonymous would make an attempt to bring down Facebook, but that turned out to be not the case. The reason was that not all members of Anonymous agreed on the attack, most likely because there was no real reason to carry one out.

This latest threat appears to have one battle cry; “Let’s do it because we can”. Well, nobody can in my opinion.

Asking users to attack Facebook is like asking them to punch their mother in the face, why would you hurt something that means so much to you? Facebook is a lifeline of communication for many, so the idea of bringing it down is absurd, even if it was possible. There just aren’t enough people who hate Facebook enough to download a tool and waste their time just to say that they did it.

By the time the Megaupload arrests went down, people were already hot and bothered over SOPA, with Wikipedia and Google making a huge stance against the proposed act. Basically, the timing and targets set forth by Anonymous were a perfect storm. This time, not so much.

In the age where an act like SOPA comes so close to being a bill, I would say that any group who is willing to pull themselves together on behalf of a larger section of the world should be applauded. The attacks against federal websites were against the law though, so it’s a bit difficult to support a group in breaking the law at a large scale when it’s fighting something it sees to be unjust.

As long as there is an Internet though, there will be people who see these types of actions as defensible, therefore Anonymous isn’t going anywhere. In this case, the group leaves itself open to be questioned for its determination to protect other Internet users, especially when it wants to attack something that people genuinely rely on. This latest threat appears to be an empty one, and even if it’s not, it will turn out to be empty when all is said and done.

Read next: The Absinthe jailbreak for Apple's A5 devices was downloaded 1 million times in one day