While SOPA and PIPA might be laying quietly for now, you can bet that they’ll rise again. For now, we have a couple of other targets to take down, Internet. The first, unfortunately, has been in the works since 2007. The Anti-Counterfeit Trade Agreement (ACTA) is an international treaty, of sorts, that can take away your Internet access. H.R. 1981 (PDF link), the Protecting Children from Internet Pornographers Act of 2011 (PCIC), aims to have your entire Internet history recorded, saved and used against you.

We’ll be going into deeper details on each of these pieces in the future. For now, here’s a broad overview of why they’re concerning and what you can do to start moving into action.

The ACTA is a difficult monster to tackle. It was written in secrecy, remains largely in secret to this day and it’s not “law”, per se. Rather it’s an agreement between countries on the matter of intellectual property. 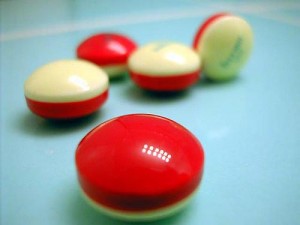 Unfortunately, like most pieces of legalese, it reaches way further than it needs to and that reaching has potentially huge problems. For instance, countries that manufacture their own, generic version of medications so that their lower-income populations can afford them could be forced to stop doing so. Get accused of infringing IP three times? That’s it, no more Internet for you. ISPs will be forced to hold you on a blacklist, preventing you from signing up for access as you normally would.

Those are just two examples, but the talk around the Internet will give you loads more information. In fact, a conference of nearly 100 IP experts from six continents agrees that the terms of ACTA “threaten numerous public interests, including every concern specifically disclaimed by negotiators.”

What can you do about it? First, educate yourself. Find out whether your country is one that has helped to craft the bill or plans to support it. Even if it isn’t, it’s worth being aware of what’s happening. Next, get writing. There aren’t many blanket protests against ACTA, as it’s flown under the radar so effectively thus far. Because of that, it’s up to each of us to get in touch with our elected representatives to make our views known.

“A commercial provider of an electronic communication service shall retain for a period of at least one year a log of the temporarily assigned network addresses the provider assigns to a subscriber to or customer of such service that enables the identification of the corresponding customer or subscriber information under subsection (c)(2) of this section.” 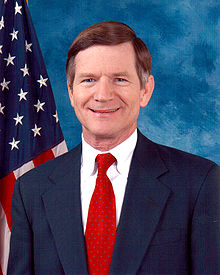 The language of the bill reads clearly because Lamar Smith (yes, the same guy who brought you SOPA) wants you to believe that you’re giving up your freedom for the children. After all, everyone will be OK with having their every move recorded and stored in the name of stopping child pornography, right? Oh, you’re not OK with that? Then clearly you’re a child pornographer.

Herein lies the problem with H.R. 1981 — Most of the bill is actually very good. It’s set up to protect children and we can all agree that’s a great cause. But in doing so it’s managed to take on the “guilty until proven innocent” perspective.

Every single one of your actions online will be monitored, whether there is just cause for doing so. The very act of obtaining an IP address will serve as just cause.

What can you do? Fortunately, protests against H.R. 1981 have gathered some steam in the past few days. Unfortunately, it’s almost too late — the bill has been set on the Union Calendar and is now being given expedited consideration. Yes, that means that it could pass Congress and be signed into law quite soon.

The Electronic Frontier Foundation has a quick way to protest against the bill. OpenCongress, as well, has a great discussion on the bill, including links to various Internet coverage surrounding it. If you choose to sign up for an account, you can be kept up to date with the bill as it moves or gets killed.

Finally, and most importantly, VOTE. Vote for the people who will protect you instead of protecting companies. Use the voice that you’ve been given.

The combined Internet movement against SOPA and PIPA are admirable, but each of these is simply a skirmish in a greater war. ACTA is especially concerning because it’s being done behind our backs, without a truly effective way to track the actions. At any rate, it’s not time to mobilize again, rather it’s time to keep the energy that we started with SOPA and PIPA and focus them on these two upcoming threats.

As TNW’s Alex Wilhelm said, these idiots are coming for your Internet.