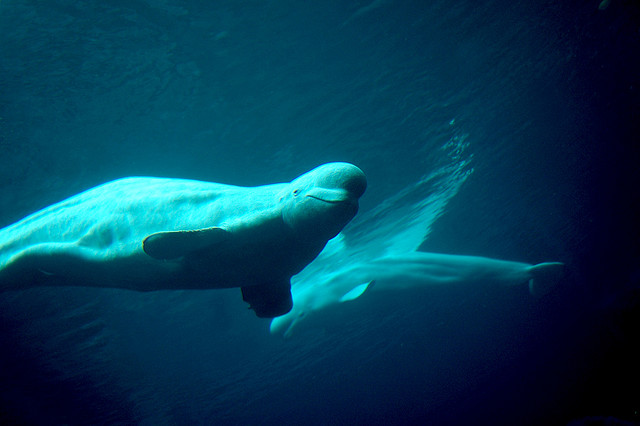 In a blog post today entitled “Beluga is swimming into the sunset…”, popular group messaging app Beluga which was purchased by Facebook, is shutting down.

Along with competitors like GroupMe, textPlus, Kik, and now Apple iMessage, Beluga came out on top in Facebook’s mind, and the team was folded into the Messages product.

The team had this to say:

We’re excited to announce that we just launched the Facebook Messenger app worldwide in 22 languages! If you haven’t used it yet, we hope you’ll give Messenger a try — it has all the great features of Beluga, and it’s available on iOS, Android and BlackBerry.

Now that Facebook Messenger is available everywhere, we’ve decided to stop offering Beluga as a separate service. You can keep using Beluga for now, but we’ll be phasing it out over the next few weeks:

Starting November 11, you’ll no longer be able to use Beluga to send messages, but you can still get to your old messages on the Beluga app and website. If you want, you can also download an archive of your pods.

On December 15, the Beluga service will shut down completely, and you’ll no longer be able to access your old pods or messages.

We’d like to thank you all for being such enthusiastic and loyal users. We’ll continue to use your feedback to improve Messenger and make messaging your friends easier, faster and more fun.

Facebook Messenger is taking the app store by storm, and is currently the number one top free app on iOS devices in the U.S. It’s nice that the team, who is now focused on bigger platforms at Facebook, is letting you grab an archive of your pods and messages.