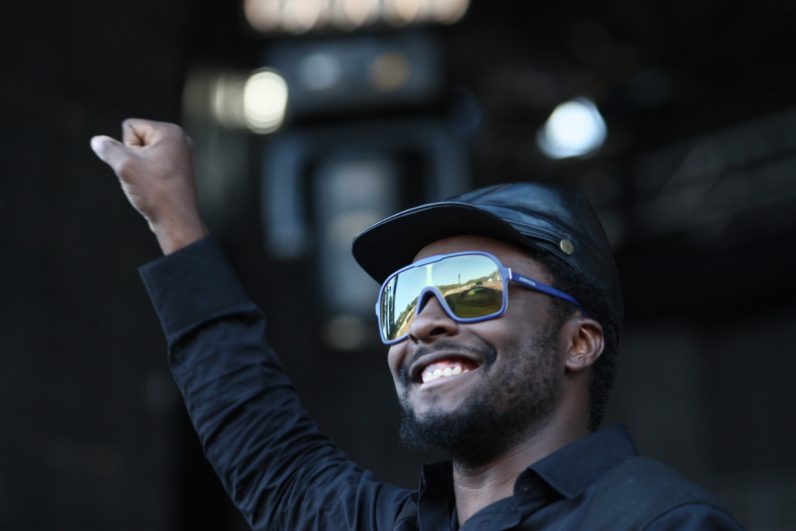 will.i.am is perhaps best known as the frontman of insipid rap-pop group The Black Eyed Peas, and for his work on the British version of singing talent show The Voice. But did you know that the man who famously asked “where is the love?,” and coined the lyrics “I get on the floor just to make that booty twerk. Shake, shake that ass like an expert,” is also a misunderstood technological innovator and iconoclast?

I’m not taking the piss. My tongue is nowhere near my cheek. I write this with a stony face, and without even the hint of a smirk. I’m serious. Behind the braggadocio, will.i.am is a forward-thinking technologist who we should all be paying attention to — even when he gets things wrong.

The biggest guffaws came when chipmaker Intel hired him as its “Director of Creative Innovation.” At the time, it was a head-scratching move, and one that earned the company some pretty harsh press. The ever-blunt Gizmodo asked “Intel Puts will.i.am On the Payroll Because Why?,” while Twitter had a field day.

But Intel saw something in will.i.am that the rest of the tech punditry didn’t, and since then he’s forged a path in this ever-competitive industry by riding the pulses of the current trends-du-jour: namely wearable technologies, the Internet of Things, fintech, and augmented reality.

I’ll be the first to admit that will.i.am has a checkered history. Three years ago, he launched the intriguing Puls — a first-of-its-kind “Smart Cuff,” which encapsulated many of the features of a modern smartphone, but within the paradigm of a wrist-worn device.

Yeah, we all know how this ended up. It flopped. Badly.

Reviews were scathing, with TechRadar’s Lily Prasuethsut giving it just two stars, and criticizing its comfort, battery life, and ease-of-typing. The fiercest snark came from former Gizmodo writer Ashley Feinberg, who described the Puls as “so bad I’m actually kind of impressed.”

But you can’t help but admire will.i.am’s ambition. He launched a smart watch (sorry, smart cuff) with a built-in cellular radio long before Cupertino got around to including it in the Apple Watch. Sure, the execution sucked, but you can’t fault his ambition.

Other flops include the i.am+ camera range, which were a gaudy collection of camera add-ons for the iPhone. Perhaps the most epic fail was IAMAUTO, a concept car that ultimately was impounded by U.S. law enforcement over being the very opposite of street legal.

These failures would have floored any other, but don’t seem to be a hurdle for will.i.am. His latest venture, Omega for Enterprise, aims to take on the likes of Apple, Google, Samsung, Baidu, Amazon, and every other reasonably sized tech company working on voice assistants.

will.i.am unveiled Omega, a B2B product resembling Amazon’s Alexa AI, at this year’s Dreamforce conference. The biggest differentiator is that it doesn’t use “skills,” which are hard-coded and rigid. Instead, it uses machine learning and artificial intelligence to determine “intents.”

Crucially, his efforts have borne fruit, and Omega for Enterprise has already found a customer with Deutsche Telekom — easily one of the largest telecommunications companies in the world.

It’s clear will.i.am is still a deeply ambitious person, but he’s learned to focus his energies into fascinating products that feel like as though have a conceivable market.

In addition to launching his own products, will.i.am has lent his name to existing ones as an advisor, investor, and leader. Earlier this year, he joined Durham-based smartphone-only challenger bank Atom as a Strategic Board Advisor. This left many scratching their heads (myself included), but makes sense when you consider the breadth and range of his interests and experiences.

Today our Chairman @at_thomson talked with @iamwill about tech, the future and his role as Atom's strategic advisor 👩‍💻📱 #fintech #tech pic.twitter.com/LroXagOrlM

He has also stayed true to his musical background. In March of this year, he invested in Emoticast — a London-based startup that lets you use music clips in messaging applications, similar to iMessage Stickers — alongside David Guetta and Napster inventor Sean Parker. More recently, he joined Stockholm-based data-driven record label Amuse as a co-founder.

will.i.am has many fingers in many pies. Crucially, he’s earned a reputation as someone passionate about digital and creative technology, and not merely flirting with it as a PR move (as was likely the case when stalwart iPhone user Alicia Keys joined then-struggling Blackberry as global creative director).

The biggest ringing endorsement of will.i.am came earlier this month, when his company, i.am+, announced it had raised $117 million over three private equity rounds, with Salesforce Ventures taking a prominent role. That’s a pretty big chunk of change. It’s not the type of money you give to someone getting involved with tech as a PR move.

It’s easy to dismiss will.i.am. Unlike most big-name venture capitalists and founders, he doesn’t hail from the traditional tech breeding grounds: Stanford, Yale, MIT, Oxbridge, and Harvard. He’s got a personal style and brand that’s a million miles away from the identikit hoodies and oxford shirts of Silicon Valley. And yes, with an ego the size of Jupiter, will.i.am is unafraid to blow his own horn.

But will.i.am also embodies many of the characteristics we admire of the startup world — ambition, a willingness to risk and fail, and above all, a boundless sense of curiosity. He is a true innovator, taking risks on ideas that might be the future (and usually are), without seeing the traditional definition of success as a driving factor. He defines success in another way, making him hard to dismiss.

His tech career has seen him unveil a myriad of forward thinking products that failed not because he wasn’t ambitious enough, but because he was too ambitious. In that sense, he’s more Elon Musk than Steve Jobs: He shoots for the moon and doesn’t give up, even in the face of failure and unrelenting criticism.

In short, will.i.am is the quintessential tech entrepreneur. Ignore him at your peril.

Read next: I'll never get bored watching these dumb bots chat on Twitter