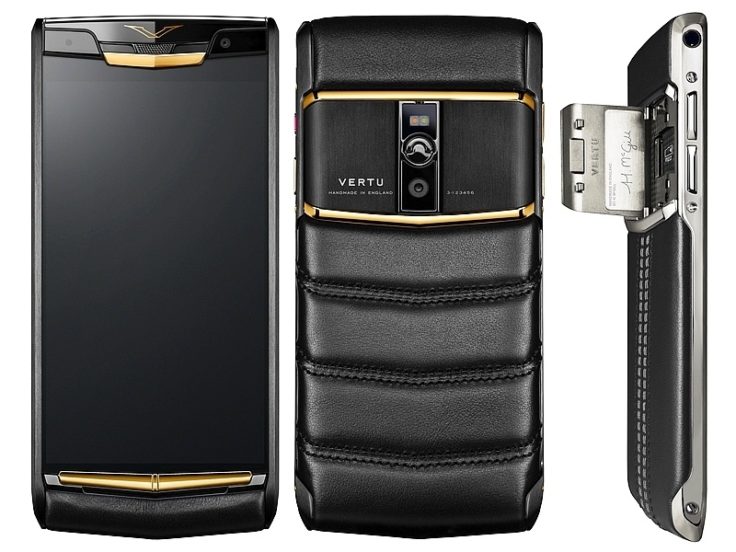 Now that we’ve seen the iPhone X and Pixel 2 it looks like we’ll all be waiting to get our hands on both before we decide what the best phone of 2017 is. Until we figure out whether we can live with “the notch” or carry-on without a stylus after using a Note 8, lets take a walk down Memory Lane together and look at some seriously weird smartphones from the past.

Whoever is in charge of approving designs at Nokia must be incapable of uttering the word “no,” perhaps because of a wizard’s curse. First, here’s the N-Gage – a phone that didn’t understand why nobody wants it to look like they’re playing video games all the time.

Then there’s this sort of square thing that was obviously invented to make it impossible for anyone to tell what was in your front pocket. The Nokia 7600 released in 2003, but it looks like a digital thermostat from 1983.

Next up we have a modern offering, the Blackberry Passport. If you feel like the rectangle has gotten way too much credit since the dawn of HDTV, then this is for you. Grandpa, let’s get you an upgrade:

You know what’s better than a phone that makes it so hard to figure out whether you need to shoot a selfie in portrait or landscape that you need a philosophy lesson to make sense of it all? The exact same thing, but with a flip out keyboard. This Motorola Flipout from 2010 should have been the last square phone made.

Flip phones once represented the epitome of cool in the smartphone world, but then – like the above Motorola – designers got carried away. The worst of them all was the Sidekick — instead of pulling out a keyboard, you flipped the screen out in a half  circle. It’s was very dramatic device for people who wanted to make a big production out of responding to a text message.

The next device doesn’t need any snarky commentary. It’s literally a KFC-branded phone for the Chinese smartphone market. It’s made by Huaweii, and I kinda want one as a conversation starter. Sadly, I’m pretty sure it doesn’t come with a Colonel Sanders virtual assistant.

Not everyone is into fried food, in fact some people don’t eat meat or wear leather. Those people are going to dislike this $8,000 cellphone that comes with your choice of reptile or mammal flesh glued to the back. It’s the Vertu Signature Touch, for people who think alligators are a fashion statement.

It doesn’t stop there, $8,000 is cheap compared to the next offering. In fact, if you walked into the country club rocking a Vertu and the person next to you whipped out this $16,000 phone from Sirin Labs you’d look downright silly. Don’t take my word for it; my only experience with country clubs comes from the movies “Caddyshack” and “Happy Gilmore.”

At the other end of the spectrum comes this cheap “Bluetooth phone” that you can order on Amazon. When it arrives just open the package and shove the device in your ear. Never mind that you’ll look like a jacket that’s been shoplifted with the security tag still hanging off of it.

Last, there’s the $1,200 smartphone for serious filmmakers by RED. It looks intentionally weird, has a price tag that makes the iPhone X look like a bargain, and I can’t figure out who it’s meant for. This phone looks like something out of a Marvel movie from 10 years ago.

Tell us about your favorite weird phones in the comments!

Read next: Apple's design chief thinks its about time you put down the iPhone