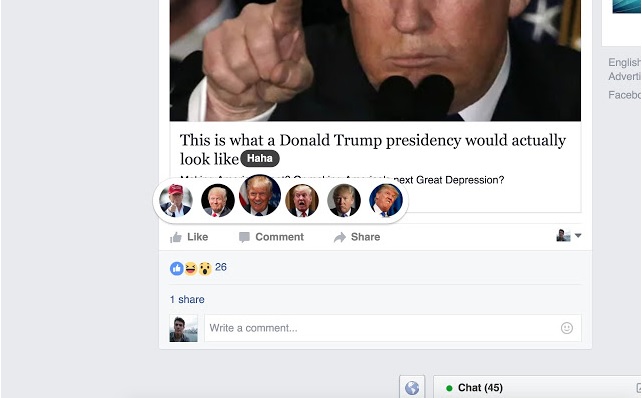 Sometimes the best isn’t good enough. Instead of giving you a treasure trove of useful information that could help you increase your productivity, make millions of dollars, and find true-love, we’re taking a different tact: let’s bring out the worst in Google’s Chrome internet browser.

Seriously, don’t try this at home, this is a list of some of the worst Chrome extensions we could find, some are actual threats to your computer security and others are just, well, take a look:

You will go insane if you turn every image on the internet into Nick Cage, using this classic extension. I refuse to install and test this extension, because it’s unholy and I just won’t have it. Cage was amazing in Face Off though, and perhaps that’s the take-away here.

All of the AVG Chrome extensions The company probably does all the things it says it does with its Chrome extensions, which are supposed to protect you from viruses, adware, and other browser security threats. I wouldn’t know; part of it’s user agreement involves allowing them to collect and sell data related to your browsing activity. I won’t be installing it.

Please, whatever you do, don’t install Cenafy. Whatever reason you have for liking John Cena – and we all like John Cena, don’t kid yourself – will evaporate the first time his visage leaps unto your screen leaving you powerless to complete any task until the speaker-shaking audio shouting his name ceases. It’s all fun and games until your Google Hangouts meeting gets interrupted by a screaming wrestler meme.

This Chrome extension changes all of your Facebook reactions options into various images of Donald Trump. Reviewers say it doesn’t work, but I was too scared to even try it — for fear I’d have to destroy my laptop if it didn’t uninstall properly.

Even though Particle  is no longer available on the Chrome Store we should talk about it.  It once was legit, and then became adware. This TNW report explains how that happens, even when designers have the best of intentions. Interestingly it seems like you can still get the pre-adware version by visiting this page. If you have Particle installed and you allowed it to update, you should probably uninstall it right now.

Don’t blame us if you try to use one of these and you end up with a computer possessed by ads or the guy who played Ghostrider.

Read next: Automation in the pot industry is picking up with unforeseen speed