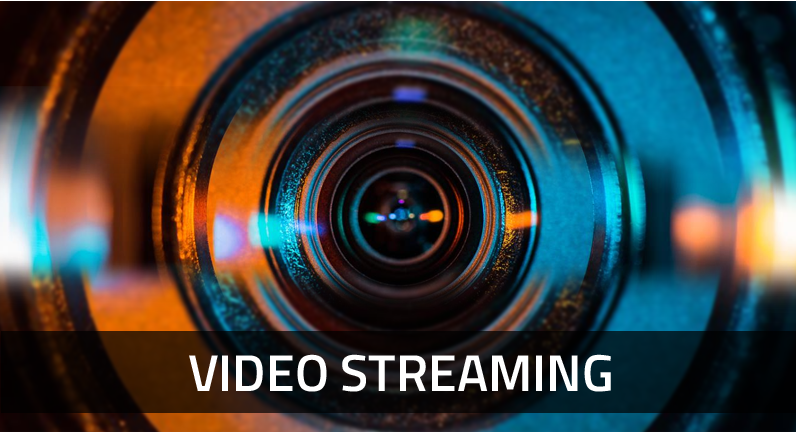 Have something you want to broadcast to the world? You’re in luck — there are now more streaming services than you can shake a microphone stand at, and more ways than ever to find an audience.

If the idea of getting started is daunting (I know the feeling, trust me), don’t worry — as long as you know what’s out there and what tools you need, you can get into it in no time. Here are the basics for getting started on a livestreaming platform.

Often, when you stream, your voice and/or face will be part of the appeal. Not everyone chooses to put themselves into a livestream, either out of practicality or shyness. But if you do, there are a two things you need: a camera and a microphone.

If you’re just starting out, I recommend a decent webcam with a built-in microphone, as it requires less set-up. But there are a myriad of options if you want a more professional look or sound.

Depending on where you stream from, both of the above could be part of your phone. If you stream from consoles, you can use their built-in cameras, such as the Xbox’s Kinect.

Also, you need a device to run the stream in question. Whether that’s a game console, a PC, or a phone, you can’t do a stream without one.

Some services have their streaming software built right in. You don’t need to really download anything in order to go live on Facebook or Periscope, for example. PlayStation and Xbox game consoles also provide the streaming software, provided you have the appropriate console-specific cameras and a headset.

But other services require you to download third-party software to get your video and audio feeds into the stream. The most common tools are OBS and XSplit, which have free versions. Both are relatively simple programs to set up, though they can be confusing without proper tutorials.

Twitch, Picarto, and Smashcast all have tutorials on how to use their service with OBS and Xsplit. There are other services out there, but I haven’t personally tested them.

There are multiple streaming sites available, some with more specific focuses than others. It’s best to choose your service based on the kind of content you plan to produce. For example, do you want to stream yourself cooking, eating, or drawing? Do you want to stream normal, everyday activities, or something more intense like competitive gaming? For each of these stream, one platform is better than others.

One of the most prominent services is Twitch, most commonly known for its video game streaming scene. The site does have more varied options now than it used to. For example, they have Creative, IRL, and Social Eating sections. Both that and YouTube are good general options for variety livestreaming.

Facebook Live is also one of the best places to have general, nonspecific streams. Periscope is similar, although it has more of a mix of personal streams and news or sports broadcasts.

Dailymotion (aka The Site You Only Go to in the Rare Cases YouTube Doesn’t Have What You Want) also has a surprisingly in-depth streaming service. Alongside YouTube and Twitch, it’s one of the three services available to PlayStation broadcasters.

For artwork in particular, you can stream yourself drawing and painting on Picarto. As an art-specific service, the viewers really seem to know their stuff, and are generally engaged and supportive in most streams I’ve seen.

Should you gamers out there want to stray from the big purple behemoth that is Twitch and try your hand on one of the smaller services, you’ll find several that are quietly carving niches for themselves and their users.

Smashcast, a combination of now-defunct streaming sites Hitbox and Azubu, is a gaming and esports-centric site with better chat and feed options than Twitch currently has (though Twitch is improving). Microsoft’s oft-forgotten Beam services was reborn this year as Mixer, another game-centric streaming site that allows live viewers to participate more easily.

As a viewer, Twitch, YouTube, and Facebook Live are the easiest to use out of the services, and you’re more likely to find a steady audience there. However, given the sheer amount of people streaming, it might not be easy to get any attention.

One final note: If you see all these cool services and decide you want to try streaming to one or all of them at once (you insane person, you), there are options for that, too. Namely Restream, which allows you to broadcast one stream to multiple platforms simultaneously.

There are multiple other things to consider when it comes to livestreaming, including building an audience, choosing a subject matter, and how to make money livestreaming. For now, this should be enough to get you started. Good luck!

Read next: We compared popular cloud storage options so you don’t have to