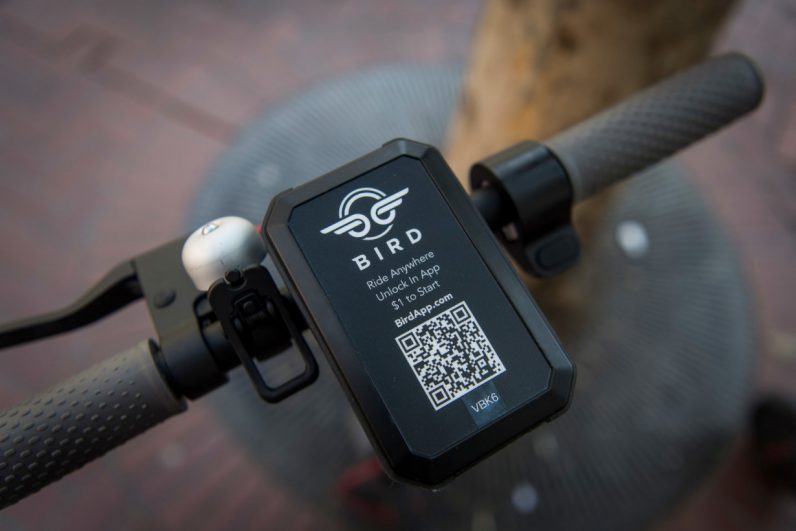 Bird, the electric scooter rental company that’s worth $2 billion for some reason, is coming to Europe.

The first city to be “graced” with Bird’s Scooters is Paris. Here, the company has cautiously launched with a pilot program of between 50 and 100 two-wheelers, all of which will probably be stolen by the end of next week.

The company also plans to launch in Tel Aviv in the coming weeks, although a date isn’t set in stone.

According to Reuters, Bird is approaching its first international launch cautiously. It’s working with the local authorities in Paris and Tel Aviv, which is a stark difference from its launch in San Francisco, where the company has endlessly infuriated local officials.

Bird is also limiting the area where you can grab a ride on one of its scooters.

In Paris, the company’s only offering scooters in a handful of arrondissements in the city center. In Tel Aviv, rides are only available at Tel Aviv University’s campus.

Bird says it plans to gather data on how the scooters are used before embarking on a wider expansion.

For those dreadding the inevitable rise of motorized scooters whizzing down our streets, I’ve got some bad news for you: Bird’s raised a truly bonkers $415 million to date.

It has the means — and worse, the burning ambition — to push aggressively into the European market.

It’s also got the talent at the top to pull this off. Bird’s global expansion is led by Patrick Studener, who was responsible for Uber’s stratospheric growth in Europe, the Middle East, and Africa.

You have to wonder why Bird picked Paris and Tel Aviv as its first foray into Europe. I’ve spent enough time in both cities to know that driving standards aren’t particularly great.

Tel Aviv in particular feels like the land that driving instructors forgot. I once took a taxi from one end of the city to another, and I swear to God, my driver spent the entire time reading a newspaper.

Add a fleet of motorized scooters that can travel up to 15mph (24kph), and you’ve got yourself a cocktail of twisted metal, blood, and smoking lithium-ion batteries.

Fortunately, I live in England, where motorized scooters are mercifully banned from the UK roads, but I spend enough time in Europe to resent this.

Next time I visit the continent, I don’t want to trip over a scooter discarded randomly on the pavement. I don’t want to have to dodge unconfident riders hurtling along the street at fast speeds.

Depressingly, it seems the motorized scooter is here to stay. In June, Bird’s biggest US rival, Lime, launched in Paris. Reuters notes it has “hundreds” of scooters available in the city. Lime also has a modest operation in Switzerland and Germany.

I might as well just never leave my house.

Read next: This futuristic fitness tracker creates a 3D model of your naked body