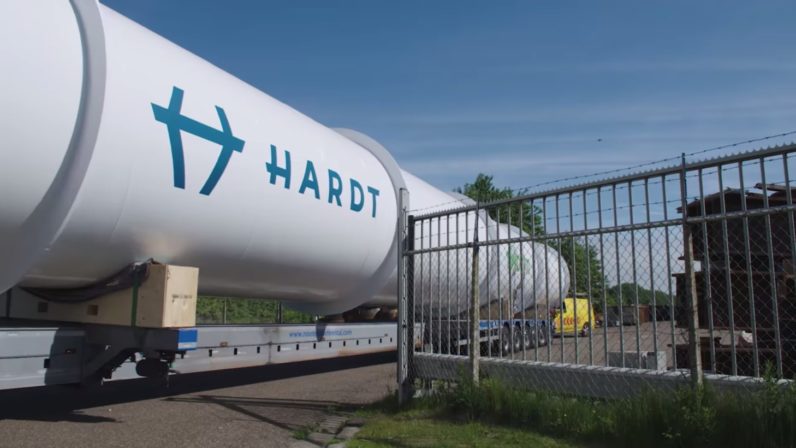 The Hyperloop was conceived in the United States, but it’s in Europe where it’ll prove itself.

It was a Dutch team that won the SpaceX Hyperloop competition, and that team is blazing towards a commercial solution that, one day, may connect the continent.

The winning team’s idea is currently being realized by a local startup, Hardt Global Mobility, in conjunction with several well-established players in the construction and transportation space. It has the backing of the Technical University of Delft, Dutch railway company Nederlandse Spoorwegen, and multinational construction company BAM.

Hardt Global Mobility’s testing center is already operational, and the company is in the process of testing the fundamental technologies required to use Hyperloop. These include the propulsion and safety systems.

The company has already set itself an ambitious goal of linking the cities of Amsterdam and Paris by 2021. If realized, this would be huge. Hyperloop can theoretically travel at 1,126 km/h. The distance between the Dutch and French capitals is about 510 km. Do the math. Or if you’re lazy, it’ll take about half an hour from city to city.

For context, flying between the two cities usually takes an hour, although when you factor in security, it takes much longer. If you take the Thalys fast train, the journey takes 3 hours and 17 minutes.

Hyperloop would offer an affordable, low-carbon, and super-fast alternative to the current systems of transportation. It also seems ideally suited to Europe, which is a small continent with dozens of large urban centers.

It’s looking less like a moonshot pipe dream, too. Other forward-thinking European countries, namely the Czech Republic and Slovakia, are serious looking at creating their own systems.

And next week, Hyperloop One, yet another hyperloop company, will host an event in Amsterdam, where it’ll showcase its technology, and its ambitions for an intra-European hyperloop network.

The future is now. We’re living it.