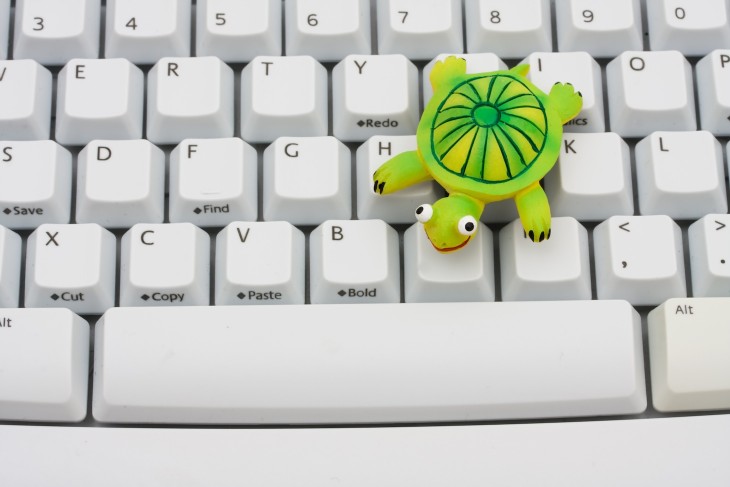 According to preliminary takeaways from the annual E-Communications Household Survey, no less than 45 percent of European Internet users are willing to upgrade or change broadband supplier for higher speed.

According to the latest EU-wide survey, which examines how Europeans use the Internet, speed had unsurprisingly become one of the top issues, closing the gap with price in the race for most important factor when settling on an Internet plan.

A separate, recent European Commission study looking at fixed-line broadband speeds received by households across Europe, which revealed that some customers get less than half of what their provider promises with their packages.

The cost of mobile

The E-Communications Household Survey also found that more than half (54 percent) of households limit their national and international mobile phone calls because of concerns about cost.

That said, the 2013 survey saw an 11 percent drop (from 60 percent to 49 percent) in the number of households concerned about the cost of calls to networks other than their own domestic networks.

This is the smartphone era, where high quality mobile services are an essential part of daily life. It’s not acceptable for half the population to be limiting their phone calls because of cost issues, and it’s not acceptable that the lack of a connected single market encourages those limitations.

Other notable findings from the latest Eurobarometer survey include:

– Geo-blocked videos are the most annoying net neutrality / copyright issue (unfortunately, no percentage was given here).

– 34 percent of adults use VoIP calling services (up from 27 percent in 2012) such as Skype, Viber and many others.

– Only 38 percent agreed that sound quality is very good on their mobile phones, compared with 49 percent for landline phones and (a surprisingly low) 25 percent for Internet calls.

– 20 percent of respondents said they sometimes found it difficult to access online content or had apps blocked on mobile phones. This was more likely to occur when trying to watch videos (42 percent) or listening to music (22 percent).

– 44 percent of households have at least one mobile internet subscription (up from 30 percent in 2012).

– 45 percent of households purchase a bundle of communications services (e.g. a combination of TV, broadband, phone and mobile services) from the same provider.

The E-Communications Household Survey has been conducted annually since 2006 – the full report will be published in the coming weeks. You can access the 2012 version here (PDF).

The fieldwork for the survey was completed in March 2013 and included responses from 27,786 face-to-face interviewees from different social and demographic groups across Europe.

Read next: Taiwan startups share the spotlight at appWorks Demo Day in Taipei