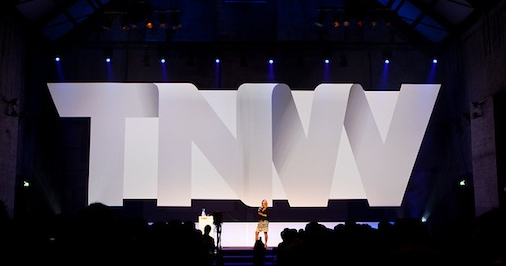 For yet another year, The Next Web conference brought together professionals working in technology, from all over the world, for three days of networking, fun and inspiration. Our busy agenda for 2011, included a hardcore hackathon, a tough startup rally and a number of keynotes by speakers on topics that varied from mobile trends in Africa and real life lessons on entrepreneurship to a debate on privacy and hacking the future! Of course our busy days were accompanied by equally busy nights of partying and topped off with the ultimate 24 hour party: Queensday!

Lets take a look back, for those who missed it and those who already miss it:

Hackathon: Right before kicking off The Next Web Conference 2011, TNW hosted a hackathon, bringing the worlds leading platforms (API’s and SDK’s) together with an international group of Web and Mobile developers challenging them to build the most creative apps they can come up with in less than 48 hours. Developers and API partners were interviewed by Jon Jacob from BBC Radio 5 Live. You can watch more backstage material from TNW2011 Hackathon here.

The first place award, which came with over $3,500 of Amazon Web Services credits, went to EmailtoX created by Emanuel Lainas from Romania and Thomas Schaaf from Germany, who describe it as Gravatar 2.0. You can watch their presentation on TNW YouTube channel.

StartUp Rally: The StartUp Rally was a tough competition. The presentations took place during day two (block one and two) & three (block three and four) of the conference, the 16 startups presenting were:

We kicked off TNW conference with music and I’m not referring just to the 22tracks TNW Playlist, but also to the first two keynote speakers that took the stage, Alexander Ljung the CEO of SoundCloud and Jonathan Forster, General Manager for Spotify Europe. Next on stage, Onno Bakker, co-founder of eBuddy gave us a guided tour to the history and future of messaging, to pass on the mic to Olivier Fécherolle, Chief Development and Communication Officer of Viadeo.

Next up talking about a word every marketeer seems to love these days, gaming, was Stephanie Kaizer from the leading European social games developer Wooga. The flow of our agenda then took us to a very different and promising land, where the use of new technology in improving drastically the quality of life,  the land of Africa. Rudy de Waele co-founder of Dotopen presented Mobile Trends for Africa 2020.

Back to a more familiar topic, Mario Sundar, LinkedIn‘s social media guy, reminded us about why “Social media is like peanut butter, makes everything taste better” and talked about how a social media company like LinkedIn does social. Closing the first day of TNW2011, Alex Hoye, CEO of Latitude Digital and Co-founder of GoIndustry on new venture economics, where “winners are underdog entrepreneurs and early stage investors”. Perfect way to celebrate the reunion with old friends and meet new: drinks at Hotel V!

Waking up TNW style: combining a cup of coffee with some numbers and stats, presented by trendprofessional Marja Ruigrok from the TNW research on Dutch people’s online behavior. Prominent Public Relations exec and blogger Steve Rubel talked about “The laws of attention”, then handed his place on stage to someone that definitely knows how to get attention, Tapulous Co-founder and software engineer Mike Lee, who talked about “The Future Of Technology”, dressed as a pirate!

After a brief presentation of Vodafone Mobile Clicks competition, for which we’ve listed 5 reasons you should enter if you are a mobile app developer, Eboman took the main stage to impress us with his realtime video sampling system. Next on stage Dave Winer introducing us to Blorking, while on In depth stage Amazon CTO Werner Vogels shared the lessons he got from building Amazon.com. Maybe the most touching moment of TNW2011 was Mark Randall‘s keynote, as he shared with us his personal story about how losing 650 million taught him the secret to happiness and success. In the same spirit was also Tammy Camp‘s keynote that followed, prompting us to work on our dreams and not our fantasies: Fantasies are selfish, dreams have purpose! After wrapping up day 2, TNW geeks flooded Wolvenstraat for food and of course beer!

Kicking off TNW2011 with a hot panel on a hot topic: Alexander Bard, Andrew Keen and Rick Falkvinge discussed privacy “Privacy is for losers – open is the new closed” and so much more, like why Alexander Bard hates Facebook and why evil can be good.

Robert Scoble then talked about some of his favorite apps that represent  The Next Web, which for him is the sum of “Human” plus “Reality” plus “Virtual”, you can also watch a backstage interview with him here. While over on the In-depth stage, presentations and discussion were focused on more practical issues like SEO, Monitoring and Social CRM and tips on building high-performance websites. On the main stage we had a surprise guest, Nicklas Zenstrøm, founder of Skype. You can watch his interview with Boris over Skype of course, here – particularly fascinating as Skype has now been acquired by Microsoft.

Next we had the incomperable Howard Lindzon, founder of Stocktwits, hedge fund manager, investor and TechStars mentor. Lindzon leapt into sharing his life lessons as an entrepreneur and gave advice like “Punch a banker, hug a developer”. Parallel to the Leancamp session on the In depth stage, on the main stage hacker Pablos Holman, invited us to think like hackers in order to innovate and discover new ways to apply technology to every facet of life. While voting for TNW StartUp Rally big winner, the iPad DJ, Rana Sobhany talked about how she started working with iPad as a DJ and played some music for us, although Patrick singing karaoke on stage was a tough act to follow!

A happy end for all: DON’T MISS: Wilg’s sketchnotes for TNW2011, the super fun photos by Lize Korpershoek, some amazing 360 views of TNW2011 here, here and here as well as Patrick shaving the head of HTC’s lucky (?) winner on stage!

If you want to share your TNW2011 memories, like our friend Erik Visser, use hashtag #TNW2011. Check out our backchannel for more backstage material ;)

Read next: Microsoft's quest to open up government data