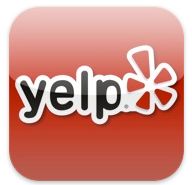 Nokia has just announced that it is to adopt Windows Phone 7 as its primary mobile operating system. Not only that, the company is announcing today a “Broad strategic partnership” with Microsoft “that combines the respective strengths of our companies and builds a new global mobile ecosystem.”

This will see Nokia “contribute its expertise on hardware design, language support, and help bring Windows Phone to a larger range of price points, market segments and geographies.” The two companies will work together on their mobile strategies, pooling resources in a number of ways. Bing search will become standard on Nokia’s handsets, Microsoft adCenter will provide “search advertising services on Nokia’s line of devices and services”. Meanwhile, Nokia Maps will be integrated into Bing – leaving us wondering what will become of Bing’s own well-developed mapping product.

Other particularly interesting parts of the partnership include Nokia’s many operator billing agreements around the world making it “easier for consumers to purchase Nokia Windows Phone services in countries where credit-card use is low”, and Nokia’s Ovi app and content store being integrated into Microsoft Marketplace.

The news comes on the same day as Nokia’s Capital Markets Day in London, where we are expected to hear more from CEO Stephen Elop about Nokia’s plans for the future. Elop recently admitted that the company needed to change faster in the face of stiff competition from the likes of Apple’s iPhone and Google’s Android platform.

This was followed by what has quickly become one of the most talked-about corporate memos in recent times, the “Burning platform” note, in which Elop discussed the pressures Nokia was under. Speculation has been rife for the past week that former Microsoft employee Elop would soon announce Nokia’s adoption of Windows Phone 7.

This is enormous news that changes the mobile industry completely. There are many unanswered questions – like “What happens to Symbian and MeeGo?”. UPDATE: Nokia has confirmed the following:

We imagine we’ll hear a lot more as the day unfolds. Stick with The Next Web and we’ll cover it all.